Once India and China were great allies

The relationship between India and China was not always the way it is today.

According to Deepankar Aron’s new book called On the Trail of Buddha: A Journey to the East, hundreds of thousands of people travelled freely between India and China once, contributing to the spread of Buddhism all over the east Asian region.

Cities along the Silk Road bustled with people from different nationalities and cultures. Karakhoja, close to the Silk Road connecting China to Central Asia and India, was home to a mix of local Uyghurs, Sogdians, Tocharians, Huns, Tibetans, Chinese, Mongols and Indians, much before the word multiculturalism was coined in the Euro-US.

Once India and China were great allies in terms of sharing religion, philosophy and culture.

Aron travelled to 98 destinations in 37 places across east Asia to discover deep rooted links with an ancient Indian civilisation. And he returned home feeling happy to have seen ancient Indian ideas so nicely preserved in the traditional art and architecture of China.

The book is full of inspiring stories of give and take between civilisations.

Deepankar visited Luoyang. This is the birthplace of Chinese Buddhism. It was one of the main centres of Buddhist interaction between India and China in the period before the 10th century. On this route Chinese merchandise like white refined sugar was sold to Indians who still call it chini.

China got its name here according to the story of the white horses. According to Aron, Sanskrit speaking Buddhists from the Ferghana Valley had come to Luoyang to sell horses that helped to build the Great Wall. The horse traders of Central Asia called this part of the land ruled by the Chin dynasty, China in Sanskrit.

The author feels that nothing links India and this cradle of Chinese civilisation better than the white horse tale.

A Chinese emperor of the Eastern Han dynasty had a dream in which a golden god appeared before him. Next day he asked the wise men around him the meaning of the dream and was told of the Great Buddha. He wanted to know more.

At his invitation two Indian monks travelled down the Silk Road from northwest India to Luoyang, the capital of China at that time. The Indian monks set up the first Buddhist temple in China in 68 CE. They took on Chinese names and spent the rest of their lives in the temple translating sutras from Sanskrit to Mandarin.

Their tombs are in the temple premises, and even 2000 years later the author could feel their presence through images captured and preserved with great care by present day temple authorities.

Luoyang is where the first official Buddhist temple was built, and pilgrims continue to come here to worship the Buddha.

In Karakhoja, now in a nondescript corner of China, the author met two octogenarian Japanese women standing with folded hands facing what seemed like a temple’s sanctum sanctorum. One was a Buddhist priest and the other a worshipper of Krishna.

To have found the same gods and goddesses in temples across much of east Asia lit up with the same incense sticks; the devotees bowing in the same way before offering similar fruits and flowers, and reciting the same mantras at familiar ceremonies… The author stood before countless grottos and cave temples with beautiful frescos and statues of Buddha arousing in him an ethereal feeling of oneness.

The 300 page book is full of breathtaking photographs of Buddha statues and temples. And amazing stories.

Apart from people and goods, political influences also moved along the Silk Road. For instance the great Kushan dynasty, which stretched from the Tarim Basin in Xinjiang down to Patna from the first to third centuries CE, originated in the nomadic Yuezhi tribe. A warrior from this tribe founded the Kushan dynasty, the most famous ruler of which was Kanishka.

The author visits the famous monastery of Shaolin, set up by an Indian monk, whose memory is honoured to this day by the Chinese. He hops to the site of another Indian monk who brought to China the south Indian martial art of kalaripayattu, now known around the world as kung fu.

The author’s last stop is Nanjing. A surprise awaited him there.

From his friend he received a Chinese fan as a gift. When the innocuous little fan opened it revealed a painting on one side and a sutra handwritten in Mandarin on the other. It was a famous translation by Hiuen Tsang or Xuanzang from Sanskrit conveying peace of mind.

Hiuen Tsang the scholar-monk had spent 17 years travelling around south Asia. He learnt sutras at Nalanda University and returned to China to establish a translation institute. His travelogue is precious as it helped relocate the ruins of various Buddhist sites in India such as Nalanda, Kushinagar, and the temple at Bodh Gaya.

Hiuen Tsang returned to China in 645, retiring to a monastery to devote his life to translating Buddhist literature. He left India with over 600 Mahayana and Hinayana works, seven statues of the Buddha, and more than a hundred relics.

The author asks friends in Nanjing about the glorious Buddhist tradition that developed in China, and contact with India for the first 1000 years. The political decline of Buddhism in India is also discussed, along with the rise of Hinduism in the 8th century led by Shankaracharya, and Islam in the 13th century under the Delhi Sultanate.

The introduction by Lokesh Chandra, scholar of the Vedic period and Buddhism, is a bonus read in this very interesting book about how liberal and welcoming India once was of other civilisations and other human beings.

On the Trail of Buddha: A Journey to the East by Deepankar Aron is published by Niyogi Books, 2020 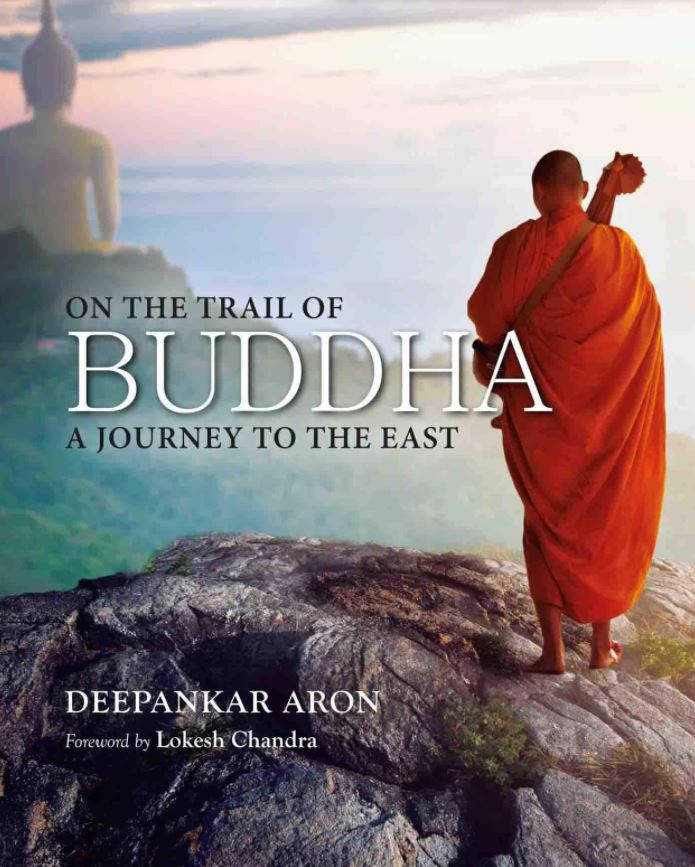