Nargund farmers ushered in the first non-Congress government in Karnataka

The history of the subcontinent is replete with instances of the hands driving the plough taking up arms when the situation demanded it, whether in the historic Indigo Revolt of 1859, the War of Independence of 1857 or subsequent agitations during the freedom struggle.

Since 1947 farmers in India have emerged as a force to reckon with, and their movements have been instrumental in ushering in political, economic and social change. The ongoing agitation at the borders of New Delhi brings back memories of other such movements that had a far-reaching impact and altered the political equations of the times.

One such movement was the Nargund Farmers’ Agitation of 1980, or the Farmers’ Rebellion in the common parlance of Nargund in the Gadag district of Karnataka. This ‘rebellion’ conducted on July 21, 1980 was a watershed event in which farmers took the state government head on.

The trigger for the agitation was the state government’s decision to impose a ‘betterment levy’ on the region’s farmers following the construction of the Malaprabha Reservoir (Navilu Teertha). How the agitation that began on a peaceful note gradually took the shape of an organised protest, and turned violent leading to the deaths of farmers and police personnel, and how it finally toppled the Congress government is an integral chapter in our history.

M.V Nadkarni in his book Farmers’ Movements in India writes that before that point, the main concern of farmers’ movements had been implementing land reforms (ie land redistribution) and it was only with the 1980 agitation that new issues came to prominence.

He says the areas fed by the river Malaprabha had been part of a chronically drought prone region. Farmers here traditionally raised only one crop per year, either jowar or short staple cotton or a mix of both. Irrigation was introduced in 1973-74 and they were encouraged to become involved in the cash economy by growing the new Varalaxmi hybrid variety of cotton.

As the cotton price was high, it appealed to the farmers. But there were complaints that in the hurry to introduce the new cotton variety, no proper attention was paid to quality control of seeds. Farmers said that about a third of the seeds supplied were of substandard quality.

What added to their distress was the subsequent fall in cotton prices and rise in the cost of chemical fertiliser. The price of Varalaxmi cotton which ruled at Rs1,000 a quintal in 1974-75 dropped to Rs350 in 1979-80, he writes.

The Karnataka Irrigation (Levy of Betterment Contributions and Water Rate) Act passed in 1957 mandated the imposition of a betterment levy. An amendment to the act in 1975 limited the levy to a maximum of Rs1,500 per acre.

Meanwhile the dam at Navilu Teertha was constructed using public money to provide irrigation to the districts of Belagavi and Dharwad (today’s Gadag district was then part of Dharwad). Once the dam works were completed, the government issued a gazette notification declaring these areas as the catchment region.

Farmers had high hopes that the irrigation project would bring prosperity into their lives. But it was not so.

The project suffered from certain technical faults defeating the very objectives of the scheme. Inadequate canal development and mismanagement led to uneven water supply: while some areas received excessive quantities, causing water-logging and salination problems, other areas, especially the tail-end regions did not receive water at all.

Meanwhile the loss of crops attributed to the supply of substandard seeds and fertilisers augmented their losses and distress.

With tragedy looming large, officials of the elected government decided to collect the betterment levy, heedless of these factors and ignoring the ground realities. Revenue department officials thoughtlessly began the process of issuing notices to farmers based on the list of land survey numbers provided by the irrigation department.

The state government had fixed a levy of Rs1,500 to 2,000 per acre and every village was asked to pay the amount. This was a burden to the already distressed farmers. The notice also threatened to attach (seize) landed properties in case the farmers failed to pay the betterment levy within the stipulated period.

The government’s decision elicited widespread condemnation and the farmers began to ask it to revoke the notices given their dire condition. But the government did not relent.

The fateful moment came on July 21, 1980 when opposition political parties gave the call for a nationwide strike against several issues including the sky-rocketing of the prices of essential commodities.

The farmers of Nargund extended support to the strike and declared their decision to hold an agitation that day. Their plan was to observe a bandh and not to allow government offices to function in the taluk headquarters at Nargund.

The farmers took out a rally to enforce the bandh and close the tehsildar’s office. They participated in massive numbers, mobilising tractors to bring in farmers from the villages. The tehsildar stubbornly refused to close his office.

Farmers had blocked his entry into the office by lying on the ground. He was reported to have walked over them with shoes on.

Enraged, they tried to enter the office and the police intervened. A sub-inspector posted there went to the top of the office building and started firing with his revolver to frighten the crowd. He killed a ryot youth named Irappa Kadlikoppa.

This made the farmers furious. They entered the building and killed the sub-inspector. They ransacked the tehsildar’s office and set it on fire, also setting fire to police vehicles. A police constable too was killed and the remaining personnel fled the area to save their lives.

The protesters assaulted the tehsildar and a senior police officer who was also present. The administration could bring the situation under control only by evening, using police reinforcements and imposing a curfew on the town.

Former IAS officer I.M Vittal Murthy, who served as assistant commissioner at the time, writes that it was one of the most gruesome incidents of his bureaucratic career and shattered his conscience badly.

He says he received news of the events around 11.30 am, and when he reached Nargund he was disturbed by the terrible scene: bloodstains on the roads, the tehsildar office reduced to ashes, and footwear, towels and other belongings scattered all over.

Murthy blames the higher officials of the district administration for this tragedy. He says they behaved adamantly to win the appreciation of the government and ignored his suggestion not to collect the levy by force at that juncture.

Gradually, peace returned. The subsequent days saw visits to Nargund by several political representatives including the chief minister, R. Gundu Rao, and senior officials and politicians from several parties. The government tried to control the damage by announcing that it had revoked its own orders on the betterment levy.

But the agitation had its repercussions all over. The political impact was so intense that it changed the political equations in the state forever. In the ensuing assembly elections in 1982 the Congress was ignominiously voted out of power in the state, and several of its leaders including Gundu Rao paid heavily as they lost elections in their home turfs.

For the first time in the history of Karnataka a non-Congress government, headed by Janata Party leader Ramakrishna Hegde, was sworn in.

Nearly forty years have elapsed and much water has flown down the river since the farmers of Nargund ‘rebelled’. Yet the memories of those days and sacrificial deeds of the farmers are fresh in the minds of people here. Farmers’ organisations observe July 21 as Farmer Martyrs Day, and agricultural workers from all across the state participate in number at this annual event. 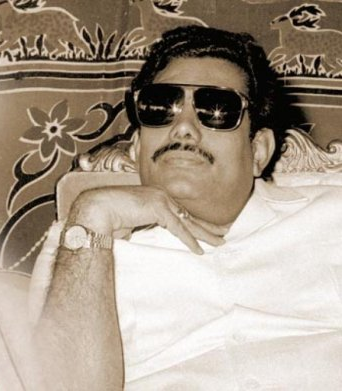