A Shahzadi's Murder, and the Betrayal of an Arakanese King

Saving the 'enemies of the regime'

If you have seen the movie Scarlet Pimpernel or read the novel by the Baroness Orczy, you know how difficult it is for secret networks operating in a nation torn by revolution, civil war and a military coup to smuggle out persons opposing the new dictatorial regime.

Revolutionaries, thinkers, journalists, political non-conformists or even soldiers unwilling to support the new dictatorial regime have always needed to leave their nations to move to safer havens at all junctures of history.

This is now happening in Myanmar, rocked by the grasping of power from a democratically elected government by a military junta. Some opponents of the Myanmar dictatorial regime were lucky to escape with the help of reincarnated Scarlet Pimpernels and Schindlers.

But some, like the Mughal prince Shah Shuja, were not so lucky in escaping from the chaos of Arakan, the present-day Myanmar, in 1661. He, together with his entire family was slaughtered by Sanda Thudhamma the Arakanese king.

Earlier, Shah Shuja fled with his entire family from Dhaka to Arakan with the help of a few daring persons who helped him escape from being caught by Mir Jumla, the General of Mughal Emperor Aurangjib.

Aurangjib wanted to kill him as he had already done with his two other brothers, Dara Shikoh and Murad Baksh.

Shah Shuja was the favourite son of Mumtaz Mahal, the Begum of Badshah Shah Jehan.

In his escape with the family from Tanda to Myanmar, some ancient Scarlet Pimpernels in the employ of the Raja of Sripur (now in Bangladesh) greatly helped him reach Arakan. But that would be the doom of Shah Shuja and his entire family.

A recent first hand report filed by an international wire service and appearing widely in newspapers around the world reminded me of Schindler’s List, the secret societies that smuggled revolutionaries out of a country, and persons like Scarlet Pimpernel who saved people during the Reign of Terror in France following the revolution of 1789.

Centuries ago, and even during Biblical times, such persons and networks of persons risked their lives to smuggle those out of their countries who opposed the dictators or totalitarian regimes.

This is due to the fact that a section of revolutionaries always risk their lives to raise voice against dictatorial regimes in all ages.

Naturally, they have to escape. How? They are constantly sought by the prying eyes of atrocious regimes. Even so, persons like Scarlet Pimpernel or Oskar Schindler rescued such rebels and revolutionaries risking their very lives.

Did not our Netaji, Subhash Chandra Bose, escape from India with the help of such a secret network to wage war against the British from a foreign land? Have we forgotten that at least eight top German scientists including Albert Einstein escaped to Europe and thence to North America to escape Adolf Hitler?

Hitler even wanted to kill Einstein!

News of the Myanmar escapees says a secret network of independence and democracy loving activists smuggled out the policemen and army officers who refused to shoot the people agitating against the military rulers who staged a coup to remove Aung San Suu Kyi.

Sharing a border with India, people can come from Myanmar but the journey is not easy, as they must brave wild animals, thick jungles, rivers and mountains. But those who opposed shooting on common civilians by the Myanmar army did make it, with the help of those daredevils who knew they would be shot dead if caught smuggling them.

These networks in Myanmar are doing the same thing the resistance movement members did to smuggle their comrades out of dictatorial regimes during the Second World War in Europe. The dark chapters of dictators are always short-lived, but the saga of such persons like Schindler or Scarlet Pimpernel always outlive such periods of political turmoil. 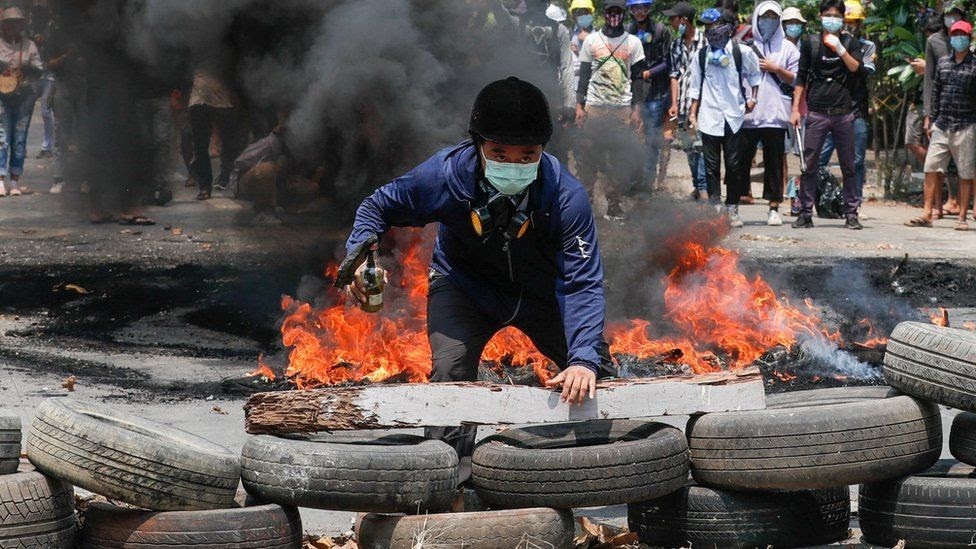 Soon after the military junta seized power in Myanmar ousting the civilian government, a situation similar to the ‘Night of the Long Knives’ gripped the country in which hundreds were arrested and scores murdered in cold blood.

Policemen and army personnel who opposed the shooting on their civilian brothers and sisters feared persecution that may range from being sent to jail, facing a military trial, court marshal or even being shot dead for opposing the regime.

Those opposing any dictatorial regime anywhere in the world in all junctures of history are considered enemies of the regime. This is an oft quoted term used by despots and dictators in all countries where civil wars or struggle rages against them.

The regime always eliminates those who opposed the dictators. This has been traditionally happening in the case of almost every military coup d’etat in almost all countries. It is no different this time in Myanmar. There are about 280 policemen, armymen and fire department personnel who are very highly vulnerable to persecution for having opposed the regime.

Hence, living in Myanmar and not obliging the dictatorial regime just cannot go side-by-side as it happened with many people in Nazi Germany. The most important instance of it the ‘Night of the Long Knives’, taking place on the night on June 30, 1934 in which a large number of Hitler’s opponents were eliminated. 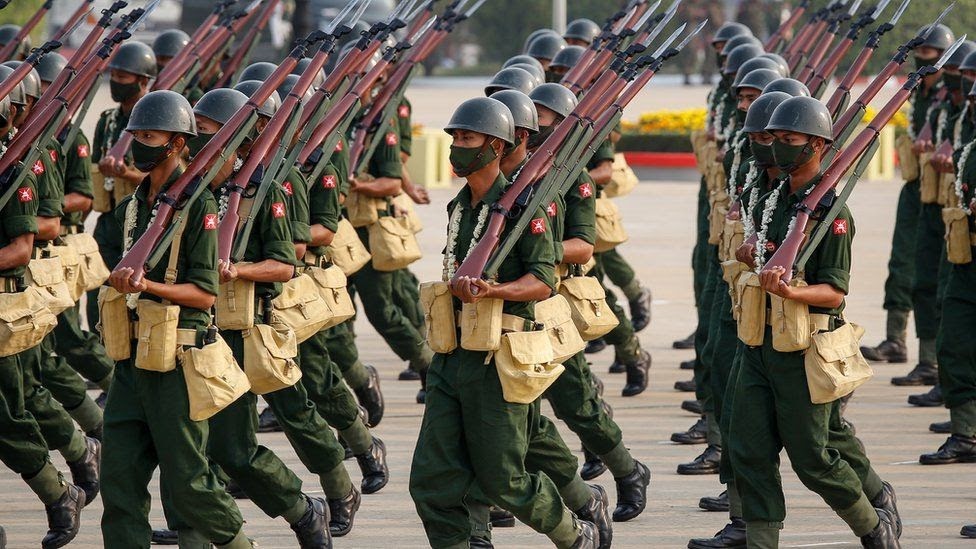 Born after 76 years after the Reign of Terror that followed the French Revolution, the Baroness Orczy described in Scarlet Pimpernel how secret societies would smuggle people out of Paris to save them from the Guillotine. They opposed the Reign of Terror.

The book is supposed to have been based loosely based on the life of Sir Percy Blakeney, who ran such a secret network 232 years ago in France, which the Myanmar volunteers opposing dictatorship are doing now.

Over the last decades, such secret groups existed in a number of countries dotting South America, Africa, Europe and Asia. It is due to them that the spirit of freedom vis-à-vis dictators was always kindled. Although a dictatorial regime is always for a short period, during this period, the opponents of dictators must survive to carry on the fight against them.

Take the case of Schindler. He so deftly created his list to save some souls from being sent to gas chambers in Hitler’s concentration camps in Germany. Schindler also secretly sent scores of people to different parts of Europe from Germany to save them from certain death.

The military coup in Myanmar is nothing new. Each time, it concerns India, as whenever Delhi sneezed Yangon caught cold, no matter whether it was the time of Shah Shuja and Aurangzeb or the present day.

That is why the current situation in Myanmar particularly matters in India. It is as relevant today as during the time of Shah Shuja, whose daughter Ameena was treated in the worst possible way by the then Arakanese king.

The oppression of opponents of dictatorial regimes remained virtually the same since the time of King Sanda Thundhamma, who married Ameena by force only to kill her mercilessly, when massive flareups occurred in Arakan to oust his dictatorial regime in which Shah Shuja was involved.

In the long history of dictatorial and despotic rule in Arakan since the days of Shah Shuja, betrayal and brutality have played very important roles. Even in modern times, in 1947, the popular leader Aung San, father of Aung San Suu Kyi, was murdered.

Suu Kyi, at that time, was a tiny tot of just two years.

Trouble in 1947 saw many people secretly smuggling out the opponents of the regime of Tatmadaw, the Burmese army. What surprises us most on looking at the military coup or army rule is the fact that it has been continuing there nearly unbroken since 1297: an affair of 724 long years.

Arakan had been divided into several kingdoms like Myinsaing and Pinya, Sagaing, Ava, Prome, Hanthwaddy, Shan and Mrauk U. There would be very frequent revolts, changes of government and military uprisings.

One such political upheaval doomed the prince Shah Shuja. 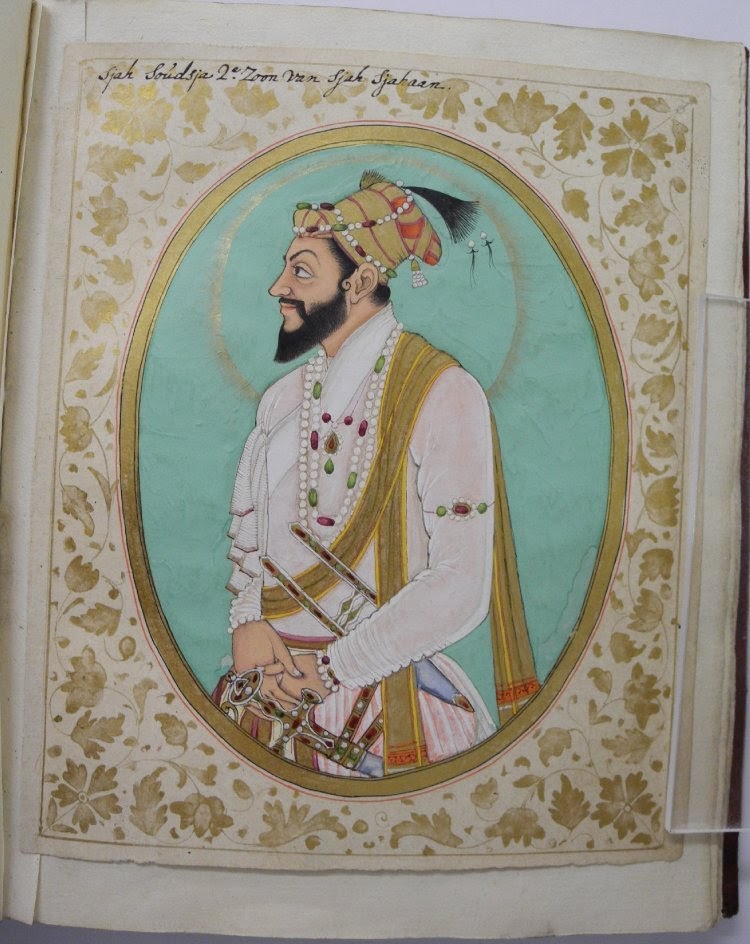 Despots in any country just cannot be trusted. It was more so with Sanda Thudhamma. When Shah Shuja sought his asylum en route to Mecca, he readily agreed. The Mughal Prince escaped from Mir Jumla’s pursuing army from Dhaka to Arakan with the help of a group of people guiding him and his family through clandestine river routes and thick jungles.

It is quite possible that some Portuguese people risked their lives to help him reach Arakan. This comes to light as Shah Shuja and his entire family boarded a Portuguese ship at Dhaka to come to Arakan. Shah Shuja, in fact, wanted to escape to Persia or Constantinople. He wanted to settle there as he knew Emperor Aurangjib would always try to kill him if he remained in Hindustan.

Arakan’s history is bloodied for centuries together often resulting in the exodus of people opposing the regime, or targeted by it, to flee mainly to northeastern India, Bangladesh or Thailand.

The Tatmadaw or military there is extremely greedy for money. News of the military junta running their business empires in Myanmar has been appearing for the past several years in various international media.

Hence, it was no wonder that King Sanda Thudhamma lost his mind when he saw camels carrying gold and silver for Shah Shuja. That is why he kept delaying permission to him to sail for Mecca, whence he would go to Constantinople or Persia. He had some extremely nefarious designs in mind.

And it came out!

When Shah Shuja saw he was being denied permission to sail for Mecca, he sensed trouble. But it was too late. Sanda Thudhamma, one day, suddenly demanded to marry Shahzadi Ameena. Shah Shuja refused. But the Arakanese King did marry Ameena, only to murder her shortly.

Shah Shuja planned to overthrow the king through a coup or army revolt. He had about 200 soldiers and a few local Muslims also agreed to support him. The Arakanese king’s Chief of Army, Saiyad Muhammad Musa, too may have agreed to help Shah Shuja carry out a military coup.

But the king’ spies informed him about the pending revolt in his army. The Mughal prince then set fire across the city to force Sanda Thudhamma to surrender.

There was massive confusion in the city, located near today’s Rakhine state in Myanmar, where we now see arsons, loots, murders and firing by Tatmadaw on unarmed people opposing dictatorship.

Shah Shuja’s attempt to initiate a military revolt flopped miserably and he fled the burning city to escape to a nearby jungle. But was captured soon and executed.

Sanda Thudhamma seized all the gold, silver and jewels of Shah Shuja. This is something the military junta of Myanmar is infamous for: looting the public exchequer, looting jade stone mines, and running their business empires twisting the laws of the land.

The Arakanese king murdered all Shah Shuja’s children, and killed Ameena who was in an advanced stage of pregnancy.

After Sanda Thudhamma’s death in 1684, his kingdom in Mrauk U was torn into pieces and a massive civil war broke out, marked by frequent military uprisings.

Is the current uprising in Myanmar only an extension of the bloody history of the military junta struggling for power in Arakan in yesteryears?

We don’t have an answer but for sure, whenever dictators tear apart a country anywhere in the world, the likes of Scarlet Pimpernel or Schindler will certainly emerge to help those out of the chaos who dared oppose the regime. 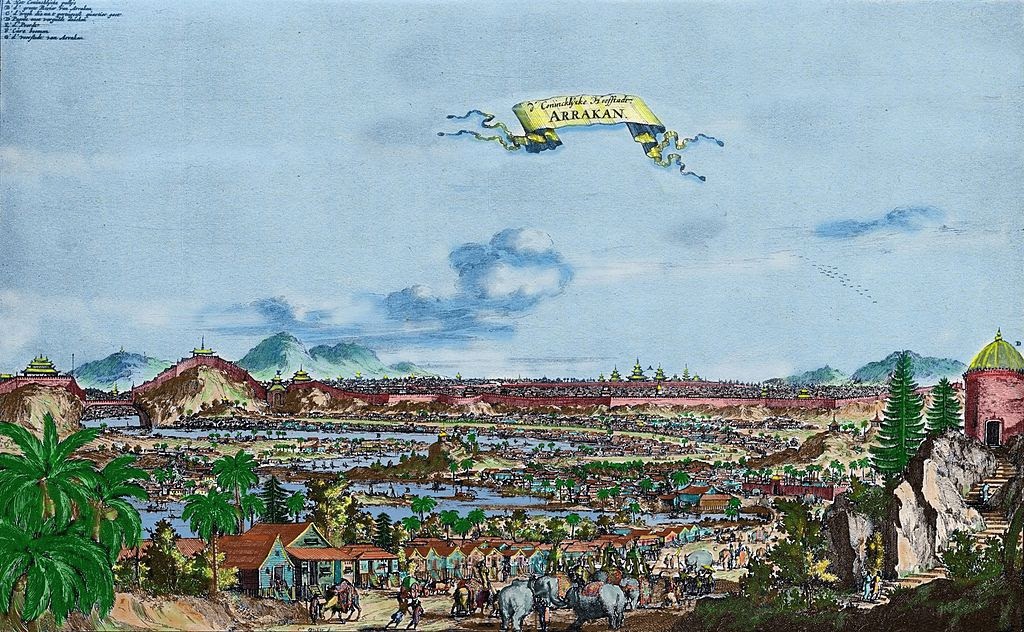 Cover Photograph: An ancient painting of Myanmar when Shah Shuja went there.