Former Chief Election Commissioner S.Y. QURAISHI’s ‘The Population Myth- Islam, Family Planning and Politics in India’ is both a Treatise and a Primer; treatise for those who are well acquainted with the subject and primer for the beginners like this Reviewer.

It is also an invaluable guide on religious demography in India. With the help of unimpeachable statistics, the former bureaucrat demolishes many a myth. Thus it is the Book that everyone who has even a slight interest in these Population Myths, must read. It should also be of particular interest to both the serving and the retired bureaucrat.

Let us first see what those widely prevalent and some politically propagated myths are:

-That the practice of polygamy among them too is a contributory factor in the indiscriminate growth in their population,

-That all this is a part of a well thought out plan to capture political power in India,

-That Islam is against Family Planning.

Here it would be pertinent to clarify that all these myths are exclusive to Muslims in India. With ample back up by empirical evidence and the data provided by the Four National Family Health Surveys (the last held in 2015-16 and the first in 1992-93), Dr. Quraishi demolishes one after another not only these four myths but also in the process convincingly disproves many consequential or sub-myths. Extensively quoting from 1951 and 2011 Censuses figures, he discounted even the remote probability of the Muslims ever outnumbering Hindus in India.

Again taking recourse to the official data, the author writes, “The population share of various religions has come down in the 2001-2011 decade. Among the Hindus, it was reduced from 79.9 to 76.75 percentage points. Likewise, among the Muslims too it went down to 24.60 from the high of 29.52 per cent in the preceding decade.” He also visualizes further decline in the population growth rate both among the Hindus and the Muslims.

Other factors leading to slower growth rate among the Muslims are the adoption of ‘family planning methods’ and the ‘rising income levels’. In the past 25 years, the new generation Muslim families have done a better job at Family Planning, though their statistical figures still trail that of their Hindu counterparts (NFHS data 1992-2016).

The reviewer confesses his ignorance about the new terminology such as ‘Total Fertility Rate’ (TFR) that the author uses. What TFR actually means is, ‘the average number of children a woman will bear (or have) in her lifetime’. Again quoting from 1992-93 NFHS, he says that the Muslim and the Hindu women have a TFR of 4.3 and 3.3 children respectively. In short, it isa fertility gap of 30.3 per cent.

That in fact means that Muslim women are 30.3 per cent more fertile than their Hindu sisters. Even though the fertility among the Muslims is declining, the fertility gap will not come down until the Hindu fertility level reaches the ‘Replacement Levels’ (RL). In demographic parlance, 2.1 per cent woman is the considered norm.

THE author further discounts the generally-held belief that Islam is opposed to ‘family planning’. The Holy Quran nowhere prohibits it. The interpretations by Islamic jurists say that though ‘sterilization’ is not permitted, Family Planning as such it is not only permitted but also encouraged. The Book also describes Family Planning programmes being actively pursued as a development priority in several Islamic countries including the most conservatives ones.

With statistical backup, he also proves that polygamy is not possible in India since the gender ratio here is much skewed; there are fewer women than men. In 2020, there were 924 females as against 1000 males. He examines this aspect in all its ramification in Chapter 5.

Admittedly, the birth rate among the Muslims continued to be highest among all the communities, yet surprisingly it has been declining almost for the past three decades at a rate faster than that of the Hindus. There has been a lack of effort on the part of the government, non-profit organizations and even scholars to convey this ‘truth’ and thus dispel these myths about Muslims.

In India, the population debate has acquired political connotations as it attempts to create unfounded hate and fear among the Hindus about the Muslim population growth. This Book seeks to refute those myths empirically rather than with political or emotional arguments.

With all his humility, Quraishi says, “if I succeed even in a small measure in persuading both the communities to shed their mutual suspicion and adopt Family Planning with equal fervour, I would consider that as my humble contribution to Nation building.

As someone whose only religion is ‘Reading and Writing’, I sincerely believe that Quraishi’s Book that he calls his ‘humble contribution’ is very much like his magnum opus that has not come a day too late. 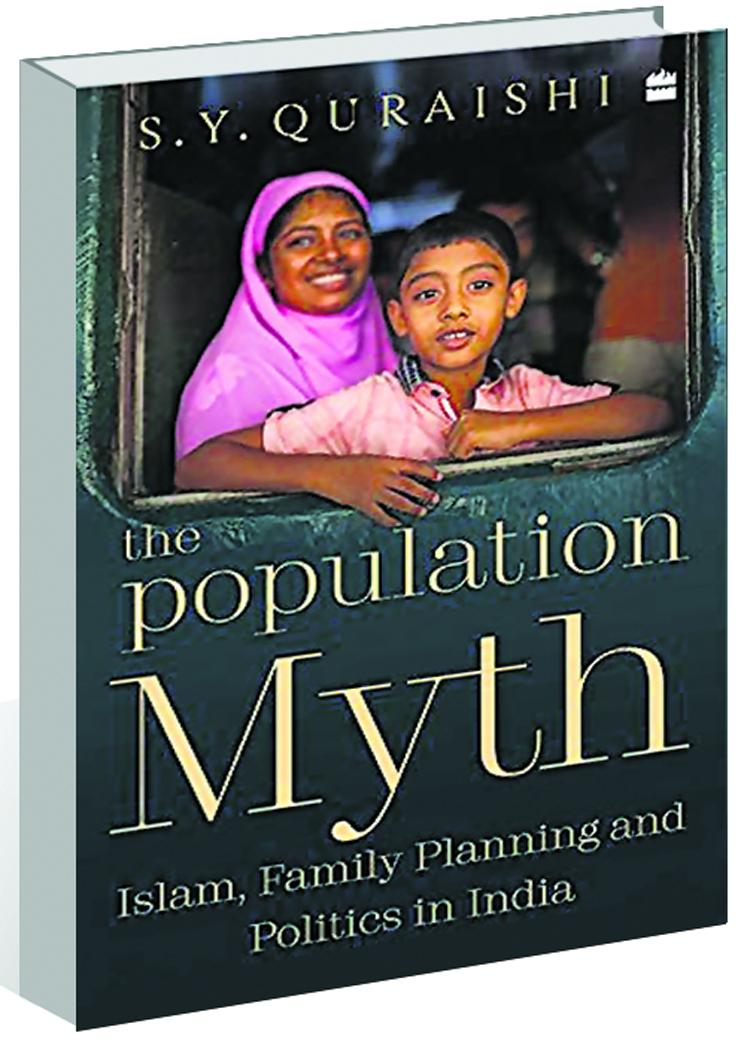