A Congress Leader of the Old School

Himachal Pradesh and the Congress party have lost a tall leader in Virbhadra Singh who passed away Thursday battling post-covid health complications.

The six-time chief minister who also had stints as a central minister will be remembered for his unparallelled contributions to the development journey of the hill state, which remains on top in several social indices.

Acknowledging this, Himachal chief minister Jai Ram Thakur in his condolence message said that Singh’s contributions to the development of the state were unprecedented.

He devoted his entire life to the upliftment of every section of the society with special focus on weaker and vulnerable sections, said Thakur, and played a pivotal role as Union minister in the country’s development as well as for Himachal Pradesh.

Thakur said that Singh’s strong will, commitment and determination would always remain a source of inspiration for everyone in public life.

Politically speaking, it is the Congress party that needs many more Virbhadra Singhs in its fold at this juncture of India’s political history, with one of its main nationwide political forces facing a serious crisis of revival. For Virbhadra, despite his shortcomings, was what political leaders, particularly those at the helm of a state in the Indian union should be.

Even his political adversaries acknowledge that he was a fighter and a unifying force in the party who was able to keep his squabbling flock together on every important juncture. Within a day of his passing, Congress workers on the ground could be heard expressing their concern about the party remaining cohesive with the next assembly polls just over a year away.

The biggest advantage that Virbhadra Singh had was his pan Himachal presence and acceptance, which made him stand out among politicians in the state. Right from the Indigenous areas of the upper Himalaya to the Shivalik foothills, he was popular with the masses.

“One of his biggest qualities was that he never indulged or encouraged regional politics unlike many other leaders. He spoke for entire Himachal and every Himachali. In addition to this he never made unpleasant remarks about anyone, even his adversaries, something that has come to define present day politicians,” said Sanjay Chauhan who is a former Shimla mayor and CPM leader.

Born into the royal family of the princely state of Bushahr on June 23, 1934, Virbhadra was popularly known as Raja Sahib till his last day, many decades after the princely states and privy purses had become a thing of the past. He passed his schooling from the Bishop Cotton School in Shimla and graduated from St Stephen’s College in Delhi.

He will be remembered as a Congress leader of the old school, who was always left of centre in his outlook. He also was the leader who inherited the legacy of the first chief minister of Himachal Pradesh, Dr Yashwant Singh Parmar.

People who have watched the state’s journey from close quarters say that Singh’s biggest contribution was in the education sector, as Himachal saw several schools and colleges come up during his tenures.

He is also credited with developing hydropower sector in the state, and was instrumental in developing link roads in rural Himachal.

People also recall his role in enhancing fund allocations under the ‘tribal’ sub plans that ushered in development in the Indigenous areas of districts like Kinnaur, Lahaul Spiti and Chamba.

At the same time, he showed his political mettle by standing up to the high command culture of the Congress. He never allowed the high command to meddle in the affairs of the state beyond a point, sometimes putting his foot down in the face of the party’s top leadership.

In the early 1990s, when attempts were afoot to dislodge Singh along with Sukh Ram, representative from Mandi, he conveyed his displeasure in categorical terms. Ram was eventually embroiled in a telecom scam.

On later occasions he was clear in conveying who would lead the party when it came to the poll campaign and victory, telling me in an interview once that “Those sitting in Delhi who think India is Delhi and Delhi is India have no right to meddle in affairs of the state that are best known to the local leadership.”

I recall when he accompanied his cabinet colleague J.B.L Khachi to the canteen of Himachal Bhawan in Delhi one January night in 1995 to interact with my batchmates studying mass communication at Himachal Pradesh University while we were doing the mandatory internship with various city newspapers.

Some years down the line when in the course of an interview he was reminded of that interaction he said, “I knew some of you would become practising journalists soon, and I believe that every politician must strike a rapport with journalists whether they are potential or practising. I also want more and more youngsters making a mark in every profession at the national level.”

Virbhadra Singh was often accused of not allowing a second rung Congress leadership to emerge in the state. On being asked about this in the run up to the 2017 assembly polls he candidly stated, “I don’t believe in taking a hammer and chisel to design effective leaders. They have to come up through their own hard work.”

His words seem prophetic when one looks at the present state of affairs in the Congress.

Singh faced probes into cases of corruption and disproportionate assets by the Anti-Corruption Bureau and the Central Bureau of Investigation in 2009 and 2015. “Very few people knew that he was a master when it came to legal drafting. He had drafted the replies filed in the court for these cases all by himself,” a government official disclosed.

In her condolence message addressed to his wife Pratibha Singh, Congress president Sonia Gandhi wrote that Virbhadra “was a leader who understood the needs and aspirations of his people, who had his ears to the ground and his finger on their pulse. No wonder he was loved and revered in every corner of Himachal Pradesh.”

That was pretty evident. In the 2012 assembly polls, the Bharatiya Janata Party was comfortably placed and could well have repeated the government under Prem Kumar Dhumal for a second term as there was no major anti-incumbency on the ground, and Congress fortunes were dipping across the country.

But what did them in was an ‘ugly’ campaign against Virbhadra Singh. Having learnt their lesson, the BJP leadership, even those at the top in the national hierarchy, refrained from going overboard the next time round. 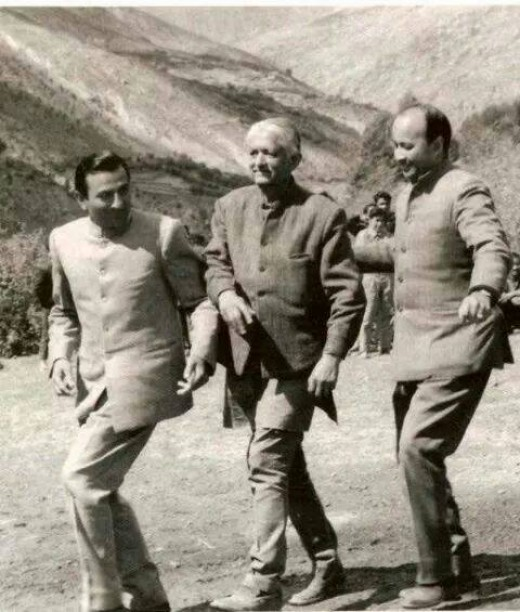