A tribute to Dileep Kumar

While I write about my long association with Yusuf Bhai, these immortal lines of Mirza Asadullah Khan Ghalib come to mind!

I was a small girl, 12 or 13, ardent fan, unabashed admirer, secret devotee when I began watching his films. In the fifties I met him for the first time with my uncle Khwaja Ahmed Abbas when I visited Mumbai during summer vacation.

Abbas, ‘Chacha Bachhoo' to Yusuf Bhai’s sisters and brothers, used to walk freely in and out of their sprawling house on Pali Hill. I loved going there with him and found my best friend in his third sister, Akhtar. I liked all of them, Apa ji, the eldest and the matriarch, Taj Apa, Saeeda, Farida and Fauzia.

There was Nasir Bhai and his wife Begum Para; who lived elsewhere. (decades later, my cousin Hameeda, told me that Begum Para whose name was Zubaida Haq, was a school friend of hers in Aligarh). His younger brothers Ahsan and Aslam were in the USA.

But my schoolgirl heart was hooked on Yusuf Bhai. His own room was separate from the rest of the house where away from household hungama, he could work and meet his film friends. I was very curious about it and imagined it as a place for rendezvous with his stunning heroines, Madhubala, Vijayanthimala, Meena Kumari. What could I have given to be in their place!

I never let go of the hope that one day in some nook of his house he may notice a skinny shy girl with adoration in her eyes. Once Akhtar took me on a secret mission for a peep into what was called ‘Yusuf Sahib’s Den’.

Yusuf Bhai took little notice of a small girl more than 20 years younger than him. Over the next few years my infatuation became a deeper feeling. Who was I to confide in? Akhtar knew and she teased me a little. My Modern School friends knew it and they teased me a lot.

Every film of his left me breathless.

There was Azad in which he played Robinhood-Buccaneer-Prince opposite Meena Kumari. It was the first depiction of Stockholm Syndrome, decades before the word crept into Hindi cinema.

‘Devdas’ in which he was loved by two women, an emotion he reciprocated to both- with simple subtle endless love. ‘Kaun kambakht hai jo bardasht karne ke liye peeta hai’ he says to Chandramukhi, an immortal dialogue written by Rajinder Singh Bedi.

Kohinoor in which he excelled in romance and masquerade and immortalised Shakeel Badayuni’s ‘Do Sitaron Ka zameen par hai Milan' and the heart stopping ‘Madhuban Mein Radhika’ with Kukmum casting magic with her dance.

There was Madhumati where he loved and lost but filled every eye and stole every heart in his audience.

There was Ganga Jamuna in which he epitomised the now threatened Ganga Jamuni Tehzeeb with the song ‘Nayan lad jaeey hai to manva man kasak hoyebe kari’.

Musafir in which he sang the one and only song, his voice which was at once both Rafi and Talat; Lagi nahin chootey Rama chahe jiya jaaye’.

And then there was the magnificent Mughal e Azam in which as Shehzada Salim he awarded the prize in a qawwali competition between his beloved Anarkali (Madhubala) and her rival Bahar (Nigar Sultana). Handing the flower to Bahar he says ‘marhaba’, handing thorns to Anarkali he speaks words that resound in the history of Indian cinema ‘Anarkali, tumhare hissey mein ye kaante aiye hain’.

When I left the country for higher studies, his image remained carved on my heart. Akhtar and I remained close during those trying days when my mother took ill and finally died in an alien clime. When she was in hospital, Akhtar flew out of New York to my university campus to be with my father and me. Like Yusuf Bhai she too had a beautiful voice. So she sang for us. I cried and even father could not hold back his tears when we heard these lines, five decades later their impact hasn't lessened:

Hundred times the garden bloomed hundred times came the spring
The world was ever effervescent, the heart was ever solitary.

Later, I found my dream man and married him but it was after Yusuf Bhai married Saira Banu.

Our story ran parallel with few meeting points across a few continents. I never stopped watching his films no matter where life took me. Also, I never lost touch with my dearest Akhtar, we found each other again in Canada.

The last time I met Yusuf Bhai was when he and Saira Banu visited my city in Canada. I recall the lunch where I was invited to meet him. The ‘Asma’ episode of his life was over; he speaks of it in his book ‘The Substance and the Shadow’.

We were meeting at the home of close mutual friends, a family from Hyderabad which was also headed by a beautiful and beloved matriarch, not unlike Yusuf Bhai’s Apaji. They looked happy, Yusuf Bhai and Saira. Despite living many years in North America, with a loving husband, three beautiful children and holding important positions in that world, I was groping for words when I spoke to him of my heart’s desire. ‘I would like to write your biography, Yusuf Bhai. Will you… will you?’

With the same enigmatic smile I recalled from Pali Hill days he gestured towards his wife. ‘Yeh to inn se poochhiye’. I knew then that this will not happen.

Later when I returned to India and began writing for a living, I wondered why he passed up a chance to engage me as his amanuensis. In 2012 when I was appointed Chancellor of Maulana Azad National Urdu University (MAANU), Yusuf Bhai was conferred an Honorary Doctorate. ‘At last he will be standing before me while I confer the degree’ I thought with a sense of triumph. He was unwell so there was a gap while the citation was read. All of us on the stage were presented with his ‘autobiography’ ghost written by Saira Banu’s friend Udayatara Nayar. The limited edition was signed ‘With love Dilip Kumar’.

At his ancestral home in Qissa Khwani Bazaar in Peshawar, which I visited in 2000, he recalled his Daadi's words, when he came running inside the courtyard from the Gali. ‘Aa gaye Yusufi!’

He came, he saw he conquered, across borders and boundaries, man made lines which cannot hold human emotions especially when it concerns a Shahenshah e Jazbaat an Emperor of Emotions.

Syeda Hameed is former Member, Planning Commission, a woman’s right activist, a writer and a poet. 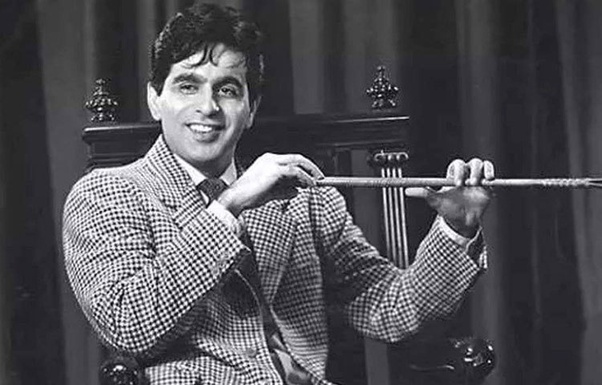