The green carpet of tea gardens in Assam spreading for miles, with majestic elephants trotting as per their mood, reminds me of the Goalpara folk song ‘O Mor Mahut Bondhu Re’.

This working class song, woven around mahouts (elephant riders) and mela shikar, the traditional method of capturing wild elephants, has been immortalised by two singers, Bhupen Hazarika and Protima Baruah.

It is perhaps the only pop song associated with elephant trapping and the risks that mahouts undertook while the womenfolk awaited their return.

Bhupen Babu’s other song, ‘Ek Kali Do Pattiyaan, Nazuk Nazuk Ungliyaan’ (delicate fingers plucking two leaves and a bud: tea) also has a nexus with mahouts and mela shikar, as elephants and mahouts have been integrally associated with tea cultivation in Assam for decades.

Tea plantation in Assam was started by the British in 1838. Back then, the British planters could not do anything without the hasti or elephants.

Creating a tea garden was no easy task for the British planters. Jungles had to be cut down to create land for the tea plantations and the very heavy logs carried to other places by the hasti and mahouts.

Besides, hasti was also the only means of transportation from deep inside the jungles to the urban areas.

The life of a mahout back then was full of peril, being exposed to snake bites, attacks by wild animals and frequent deaths during mela shikar.

A wife would often wonder if her husband was alive or dead. Often, he would not return.

Any news about them from the jungle was not good: fellow mahouts from the same village might divulge, on a short trip back home, that he was no more, that he died a few months back either by snakebite or being mauled by wild elephants.

Even after returning home alive, the wife would cry when he left again for the jungle with his Hasti, unsure about his return.

This feeling has found the best expression in this Goalpara folk song which runs:

(O my Mahut, you catch elephants, you tend them and you chain their feet, but tell us the truth, do you really know how we wait for you? Once you go, will you ever come back?)

This is a Kotch Rajbonshi song. The most famous Kotch Rajbanshi of India was Gayatri Devi, maharani of Jaipur state and princess of the Cooch Behar kingdom.

The Kotch Rajbanshi (royal blood) claim to be an ethnic race living in Assam, North Bengal and Bangladesh.

They had established their powerful kingdom in Cooch Behar adjacent to Assam.

Goalpara folk songs however are mostly sung by peasants, mahouts and common people, with Mahut Bondhu Re being the most famous of all.

In 1959, Bhupen Babu and Protima Baruah made it a cult song of Assam. Both of them hailed from Assam.

Belonging to a zamindar family, Protima was the niece of Promothesh Barua, legendary director of the first Devdas by Sarat Chandra Chattopadhyay filmed in 1935.

In the mela shikar, wild elephants were caught by lassoing them, in use in Assam, Myanmar, Thailand, Vietnam, Laos and Cambodia for centuries together, with the help of Koonki, a trained elephant.

An extremely risky enterprise, mela shikar often resulted in the death of the mahouts, and in some cases the elephants too.

Much to the relief of the elephants, the practice of mela shikar, continuing since the 12th century, was made illegal in 1977.

Clandestine trapping of elephants, however, continues in Assam and other states of the northeastern region. The mahouts sometimes also die but their death from deep inside the jungles hardly gets reported.

The risky method of catching elephants has not changed over the last few centuries.

In his paper ‘Elephant Catching in Assam’, published in 1927, A.J.W Milroy gives a vivid description of the process of catching an elephant in Assam.

In the time of Milroy, a Firangi, three or four Koonki (trained elephants), one of them being a big male, were used in the process.

If something went horribly wrong with the wild elephant who might be a rogue, this big male elephant would help counter it in a fight. In the process the mahouts often were killed, along with the helpers who assisted in the mela shikar.

During the era of the British Raj elephants were an essential part of Assam’s daily life. In those days, at least 300 elephants would be trapped in a year as they were integrally associated with tea cultivation, transporting heavy logs, the shikars (hunts) of the royals and British officers, and in circuses.

Successful catching of an elephant depended on the successful lassoing of a wild elephant by the mahout.

A minor mistake might result in the death of the person who had lassoed the elephant, as the animal may pull the lasso with its tremendous strength, thus throwing the mahout off the back of the elephant he was sitting on.

He would be thrown to the ground and trampled by the lassoed elephant.

Besides, other elephants might also come to the rescue of the lassoed elephant. In this process, their first enemy would be the mahout or those trying to catch the elephant.

Naturally, the wrath of elephants coming to rescue their friend would fall on the mahouts and others with two legs, as the Bihari writer George Orwell described mankind in Animal Farm.

Sometimes the lassoed elephants also broke the rope and attacked the mahout, resulting in his death.

Milroy wrote that during one mela shikar he saw an elephant that broke seven ropes in succession. 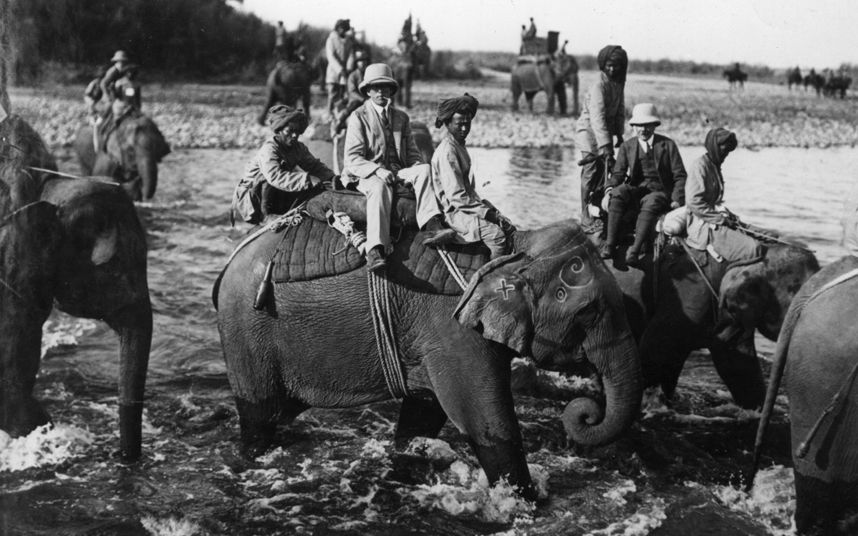 The folk song genre of Goalpara, also known as Goalparia Lokogeet, is very old, developed mainly by the Kotch Rajbonshi and also kept alive by them till now.

It captures the scenes, moods and purely the flow of regional instruments, depicting scenes such as the catching of the elephants, a fisherman throwing his net in the river, peasants sowing paddy, scenes of harvesting crops or a person riding a bullock cart through the village.

Protima Baruah, who played a major role in bringing Goalpara Geetika into the global musical theatre, herself became a subject of research. As the daughter of a rich zamindar, she would often go to Hatishaal or special quarters of elephants, which were widely used by her father.

Instinctively she developed a bond with the elephants, which found its best musical manifestation in ‘O Mor Mahut Bondhu Re’.

The first reference of Goalparia or Goalpara language can be found in a letter written by Maharaja Naranarayan in this dialect to the mighty Ahom King Swargdeo Sukhampha in July 1555. This historical letter was written in Goalparia or Rajbonshi (or Kamtapuri) language.

What is really great is that the current Goalpara song retains the ancient folk-singing tradition in its original form, even after the linguistic tradition of Rajbonshis has changed over the centuries. 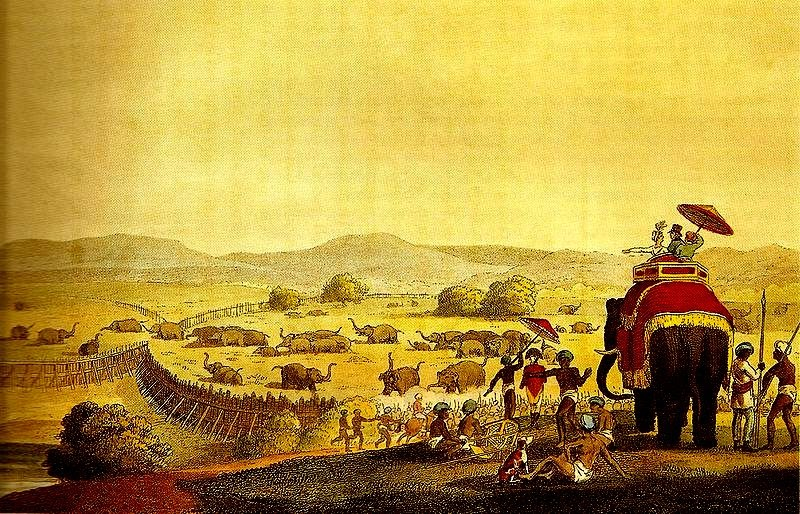