You Can’t Take Kashmir Out of a Kashmiri

Be it unwanted circumstances or the desire for better economic opportunities, there is a significant Kashmiri diaspora living in India and the rest of the world.

“Maybe if we live in clusters, it might help us in preserving our culture,” says Dyuti Raina, a resident of Uttam Nagar in Delhi.

There are only two other Kashmiri families living in the same locality.

Raina’s family has lived in Delhi for the last 30 years. She believes that people here still do not know much about Kashmiri culture.

“For them we are just Pandits from Kashmir, who they assume to be vegetarians,” says Raina.

The majority of Pandit Kashmiris are followers of Shiva and eat meat, she says.

Raina still remembers an incident when one of her friends gave her a strange look when she was having fish and mutton as prasad.

“Hindus here find it very amusing. They say ‘Oh my god! You call yourselves Brahmins?’”

A number of Kashmiris who have migrated to other states live there just for survival, says Raina, and the actual place where they feel they belong is Kashmir.

Giving the example of Pamposh Enclave, a Delhi neighbourhood largely dominated by Pandit Kashmiris, Raina says she strongly believes that if Kashmiri migrants live together in large groups they can sustain their culture.

What disturbs her most is that many Pandits of her generation are drifting away from their culture and language.

“A good number of Kashmiri Pandits are trying to instill Kashmiri values in their children, but I wonder if the same continues with the next generation,” she says.

Shriya Bhat’s family has been living in Noida for many years and she says they never faced any resistance from non-Kashmiris for following their rituals and customs.

“I personally have never faced such a situation,” says Bhat, agreeing with Raina that living in groups might help the migrants inculcate their cultural values.

She says her parents have always tried to adhere to the traditional practices of their community.

Of Delhiites she says that “Some people are indifferent, but at the same time many people are curious also, to know about our culture.”

Bhat’s family has been living outside J&K for almost three decades now. “My parents tell me that many people used to have a lot of red meat when they were in Kashmir, but now because of different climatic conditions people do not eat red meat very often.”

“In winters, when my father wears pheran, people get very curious about his attire. They sometimes say, ‘We were waiting for you to wear it this season,’” she laughs.

On carrying forward the culture and language to the coming generation, Bhat says “The surrounding matters a lot. I have been to Kashmir a couple of times and everyone speaks Kashmiri there, which is not the case here in NCR.”

Many Muslim Kashmiris have also lived in various Indian states for many years. Nayaab Shahir Pandit’s father left Kashmir in 2000 and settled in the NCR when he was just two years old.

“Initially we used to live in Daryaganj. It was a Muslim dominated area and my family witnessed a huge cultural amalgamation there,” says Pandit.

“My father tells me that they used to have very simple iftaar back in Kashmir, but now my family prepares iftaari just like people do here.”

For Pandit, Kashmir is home away from home. He regularly visits his native hometown with his family. “There are a few things you can only get in Kashmir, such as Kashmiri shak.”

Less well known is the community of Sikh Kashmiris. Navneet Kaur, who was born and brought up in the Punjabi Bagh area of Delhi, has never been to Kashmir, but gets nostalgic when she hears anyone talking about the place.

She says cheerfully, “Whenever my father comes across a Kashmiri, an end to end grin appears on his face. You can clearly see the never-ending bond of Kashmiriyat which is still intact.”

For Faisal Wanganoo, living in Delhi since 1999 with his family, while he calls himself a Delhi boy, inside he is still a Kashmiri Delhiwala.

Wanganoo believes that there are many stereotypes attached to Kashmiris living outside. “People ask me about Kashmir as if I am still living there,” he says.

He is of the view that a large number of young Kashmiris are moving out of J&K in search of livelihood as the political environment is not stable in the erstwhile state.

Would anyone want to go back to Kashmir, he wonders, given the current situation. 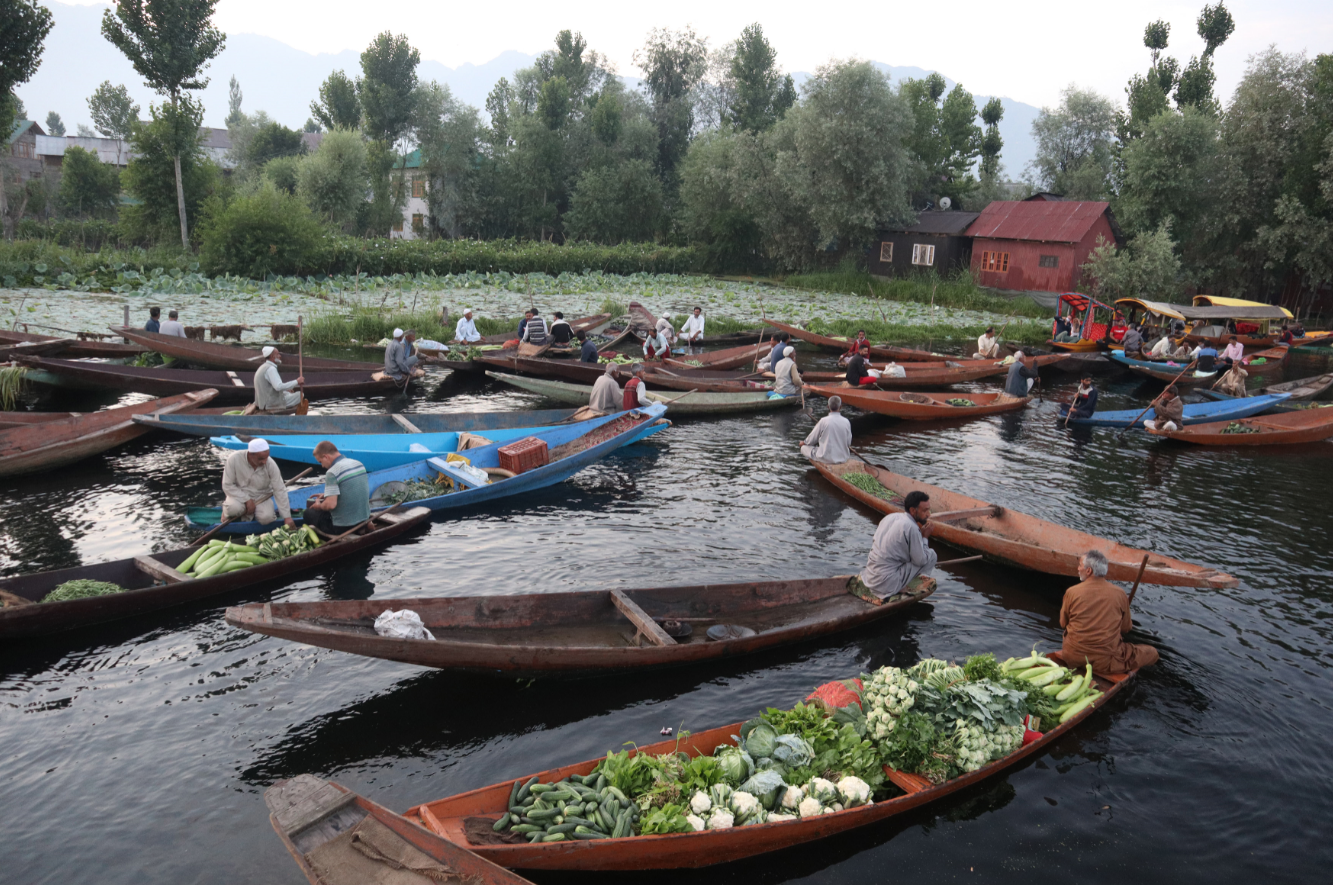