Ek Duaa – A Sweet Film with a Subtle Agenda

Directed by Ram Mukherjee and produced by Esha Deol

Ram Kamal Mukherjee has directed a new short film hot on the heels of his Rickshawalla. As the name suggests Ek Duaa, a prayer or blessing, has a social agenda stated with great subtlety and elegance.

The film is set in a crowded location of Mumbai peopled mainly by Muslims who are struggling to make ends meet. In this ambience lives Abida, mother of two beautiful kids Duaa and Faiz, and her husband Suleiman, who drives a taxi and is bent by the burden of continual debt.

His mother lives with them and we can see that there is no love lost between the older and younger woman, with Suleiman often trapped between the two.

No one in the family other than Abida cares about Duaa, including her little brother Faiz, and treat her as if she does not exist. Why? Is it because she is a girl? We are not told, and the little Duaa, understanding the neglect, tries to keep away from them as best she can.

Her mother notices this but does not comment or question it, though she and her husband are comfortable with each other. With Eid around the corner Abida goes out shopping, looking for gifts including a good dress for little Duaa, who tags along but asks for nothing.

On Eid the family goes out for prayers and Abida dresses Duaa up in a glittering salwar. Faiz is dressed up too and they wander around a bit, have fun and come home. Then we get to know the secret of why everyone except Abida ignores her.

The mother-in-law keeps pushing Abida to produce another son, not listening to her own son’s entreaties about their financial distress. Then, through a beautifully captured flashback treated like a dream, we get Duaa’s whole story.

Within its brief runtime just short of an hour, the film borrows the colours of the location and captures the ambience and the people, which sometimes complement and sometimes contrast with the family portrait of Abida’s small world.

There is a touching scene where Duaa calls out to her father to wait for her as she fetches her schoolbag to go along in his taxi – but her father drives away without responding to her call and she sadly steps back into the small apartment.

Another shot captures Abida buying ice golas for her two kids as the boy steps out of school: the boy looks surprised when she buys two and gives one to Duaa who is mildly rebuked as she drops it. These small touches enrich the tapestry of this seemingly simple and straightforward film.

At the core of the film lies the ugly truth of discrimination against girls, presented differently through the story of Abida who finds it difficult to accept that she was forced to lose a baby she might have had because an ultrasound revealed a female foetus.

When the doctor refuses to abort the foetus on the insistence of Abida’s husband and his mother, it is the mother-in-law who acquires some country medicine to make sure the foetus is aborted.

Abida therefore, as the film reaches its dramatic climax, has created an alternative, surrealistic world with her very own Duaa that only she can relate to and communicate with, unknown to anyone else. She has created a world that comprises Duaa and herself.

The film beautifully reaches the final twist in the tale, when the earlier scenes of Abida and Duaa are recreated to show how Duaa does not exist outside of Abida, created by her to purge herself of guilt, and to fulfil her desire for the very child she lost, though she too was a victim of the loss.

The story is by Avinash Mukherjee, while the music is composed by Shhailendra Kumar and Dhrubo Paul. The film has been shot by Modhura Palit and edited by Bodhaditya Banerjee.

The acting by the entire cast is very organic and natural and the little girl (Barbie Sharma) in the title role is the most cuddly and kissable little girl one has met in a long time. Esha Deol is convincing as Abida without any tendency to dominate the other characters.

“Ram Kamal is known for making hard-hitting films, where majorly his female characters are extremely strong. His earlier films Season’s Greetings and Rickshawala fetched him major accolades, and now with Ek Duaa audiences will love his style of storytelling.

“I feel as a director he is extremely creative and gives ample space to an actor to perform. He doesn’t restrict: that freedom is required when you are performing a certain kind of scene in front of a camera,” explains Esha Deol, who also debuts as producer for this film along with her husband Bharat Takhtani.

Rajvir Ankur Singh does very well as Suleiman. The production design is very good and so is the editing that cuts and swipes and wipes from the home environment to the narrow and crowded streets of Duaa’s home.

The film closes on a clear recitation in the voice of Abhishek Bachchan, who recites the Hindi translation of a poem by Shonet Anthony Barretto. This is followed by newspaper clippings based on the scary and tragic statistic that sex-selective abortions and killing after birth in India number around 21 million each year.

One hopes that Ek Duaa takes forward the powerful arguments against female foeticide. True it is not an Oscar-worthy film, but like Ram Kamal’s oeuvre it is honest and simply stated, making a powerful argument in favour of girls. 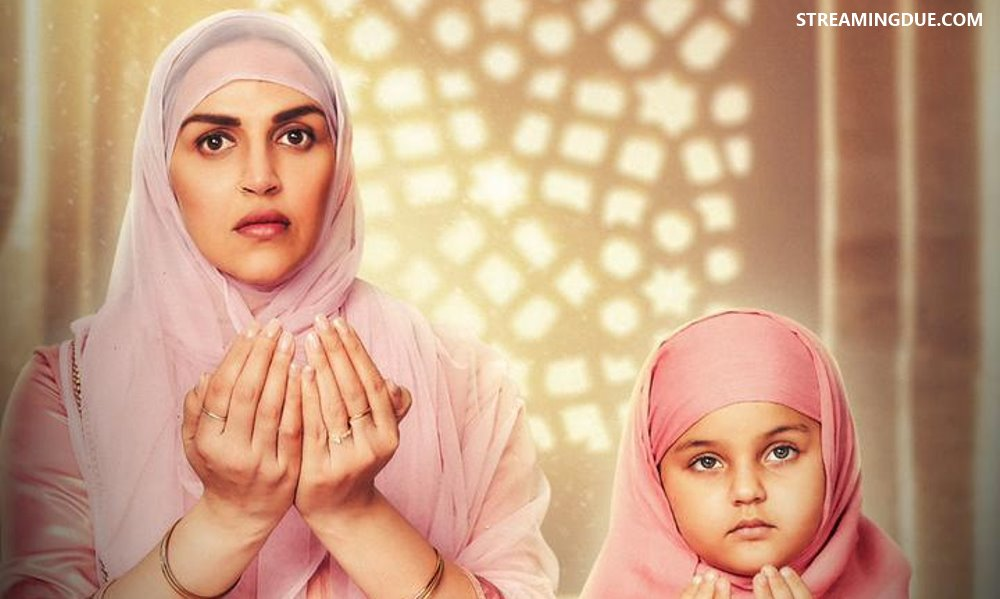