The Complexity of Creation: Kabir Kabir by Purushottam Agrawal

These days it feels like I am sitting in the dark and it is hard to figure out which is worse: the dark inside, or the darkness out.

The angst expressed in these lines by Joseph Brodsky, Russian/American poet and Nobel laureate, are quoted by Purushottam Agrawal in his latest book called Kabir Kabir. The angst is contagious in all times of moral decay and love for hate.

Is Kabir an antidote to such angst? Yes, Agrawal seems to imply in his tender study of Kabir, the early modern poet philosopher of Kashi who earned a living weaving cloth. Kabir’s suggestion for moving towards light from the dark inside, and the darkness out is to teach the self bhakti or undying love for both creator, and creatures of the world.

Basic, simple and helpful but of course, as is characteristic of him, making some demands on the seeker.

Love has illuminated my body,
My inner self has brightened
My words now have the fragrance of musk.

Agrawal is a former JNU professor and has been studying Kabir for over four decades. His academic interest continues to be bhakti poetry especially that of Kabir.

“In the Hindu worldview, dharma is first in the fourfold ideal of life, but Kabir avoids using this word. He insists on bhakti instead, and makes dharma subservient to his ideal of bhakti. According to Kabir, bhakti is the crux of all the dharmas; each and every observance and ritual, yoga, yajna, fasting, charity is pointless if it is bereft of bhakti. Kabir spoke for the good of everyone Hindu or Muslim without fear or favour… That is why he is so highly regarded universally.”

In a country swarming with an army of bhakts, Agrawal regrets the way the word has been soiled today. The origin of the word bhakt is from bhagidaari, an idea loaded with inclusive sentiments of the equal participation of all human beings in all matters of life. How is it possible for anyone to be a bhakt without looking upon all human beings as equal to the self?

How can there be bhakti without love for other human beings, and without constant self reflection over this ideal?

Kabir’s bhakti is based on rational spirituality, on the ethics of equality and on experience-based knowledge. The practice of bhakti has the power to clear away clouds of every doubt and darkness. More than devotion, Kabir’s bhakti is a call for regular self reflection to find out where the conscience of a human being stands at different stages of life. Everyone reflects during bad times but if one was to reflect constantly there may perhaps be no difficult times..

Ram is at the centre of Kabir’s bhakti not as a militant incarnation of Vishnu or the crown prince of Ayodhya but as the most intimate and soothing name given to cosmic consciousness. The idea of Ram is like a flower’s fragrance that is all pervasive yet invisible. This is the backbone of Kabir’s nirguna bhakti where the devotee relates to the divine without images, idols or avatars. The nirgun is beyond attributes, and nirguna panthis reject ritualism and caste hierarchy.

His is a quest for inner divinity. Kabir finds no value in external religious forms or performances, leading to many questions. Was Kabir anti-religion, and secular? Can a mystic be secular? Was Kabir’s mysticism influenced by Islam or the Upanishads? Was he Hindu or Muslim? What was his caste? How did he deal with the issue of class? Was he married? Did he have children?

These questions are posed by Devdutt Pattanaik, mythologist in an interesting introduction to Agrawal’s book that page by page attempts to better understand Kabir and his times, and also helps the reader understand India in our own times.

Pattanaik first heard Agrawal speak (on the Kumbh Mela) at the Jaipur Literature Festival in 2013. He did not know Agrawal was a Kabir scholar till he had coffee with him later that day. Agrawal talked to him of how Western academics see Kabir as a Muslim weaver and want to distance him from any Brahminical influence. Kabir fans and his followers see him as spiritual, and not religious for their own convenience.

What the author finds in Kabir is an absence of binaries between the material and the spiritual. There is an attractive interconnectedness in Kabir’s personality between the economic, political, historicial, cultural, mystical and the practical. This liberality of opening the self to interconnect different aspects of life makes Kabir special. It is also the reason why the title of the book is Kabir Kabir as the poet is not just one Kabir, but many in one.

Kabir does not separate the material and spiritual, religion and aetheism, politics and the personal. His life is a confluence of the realities of his time. The capacity to embrace every aspect of life within the self allows Kabir to better care for the complexity of creation.

It is no coincidence Kabir’s voice assumes urgency during kal yug when the idea of bhakti is defiled, an idea meant to make decent human beings of each of us. Instead society runs miles away from justice and equality, and seems not to concentrate on carving a more humane future.

Kabir too lived in troubling times but he was not just an apostle of Hindu and Muslim unity. He soared above religious identities. What was of interest to Kabir was human being, and not the religious identity of human beings. If bhakti, religion and belief do not make a person a better human being then of what use is his religion?

Therefore be like Kabir. Be a seeker. Not what others do. Be fearless like Kabir. Solitary. Strength of the spirit as companion, and forever defiant of dominant opinion if it tried to pass off lies as truth. Agrawal’s book is solace in a time when nothing seems to work, when no talk helps and when night dawns clad in dark colours of mourning.

That is precisely the moment to hold on to Kabir, a weaver in Kashi whose greatest strength was his steadfast bhakti and who had faced all adversity with a song.

‘You cry as you enter this life,

While everyone celebrates your birth.

Live in such a way that you depart joyously while

the world mourns your going away from earth.’

Kabir Kabir: The life and work of the early modern poet-philospher is published by Westland, 2021 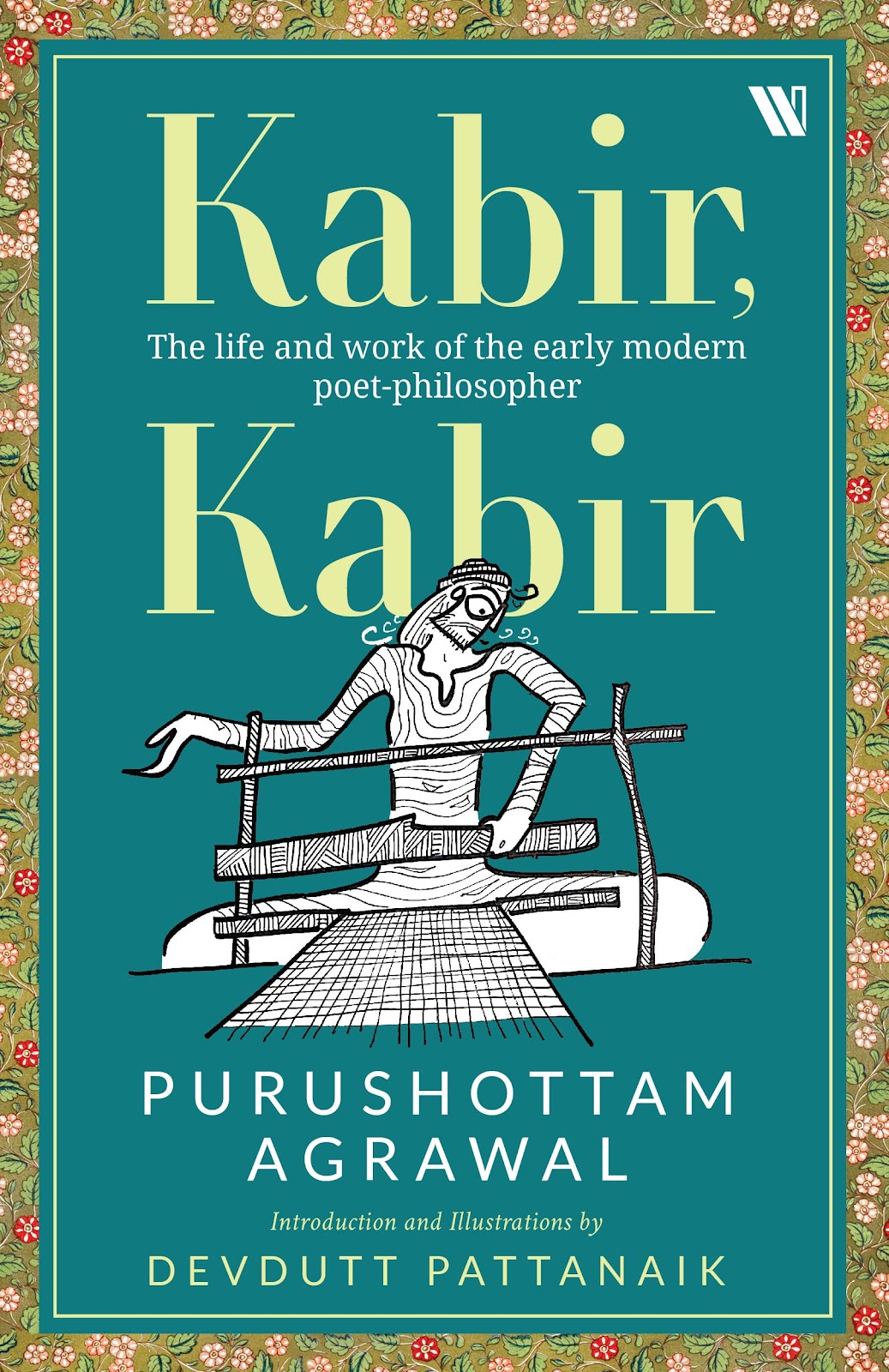