Willing to Study but Made to Struggle, say Delhi School Students

Aafreen’s house was destroyed on July 30 during the demolition of Khori village ordered by the Supreme Court and condemned by the UN. Her father irons clothes for a living and her mother teaches the Quran. During the pandemic, both of them lost their jobs. The savings they had would be used to buy food for the family. As Aafreen’s government school in Delhi shifted online, she had no books or devices to study from home.

“My family was broken when we had to leave. We had no money and I thought I would have to leave my education for good,” she tells The Citizen.

In order to help her family and support her education, she started helping her neighbour as a tailor. “I would also go to my friends house whenever I could to borrow their notes and help my classmates with their homework so I could learn better when I couldn’t take classes myself.”

Aafreen studies at a Delhi government school in Prahladpur that has tied up with Teach for India, a private organisation that sends volunteer teachers to government schools. She wants to become a nurse when she grows up.

“I thought I would become a doctor but I realise I don’t have the finances to do that,” says Aafreen. “There is also an age limit till which girls can study, I will have to do everything before I get married.”

For many students in government schools such as Aafreen, online education and studying from home remain an unfair challenge. Many of their parents were dismissed from their jobs and struggle even to feed their families. Most of the children don’t have any devices at all, or one device to be used by the entire family. And there is no reliable internet connection or wifi available.

Many kids also have to study in a one room house, where all of their family as well as siblings who are also studying are present, according to Dildeep Singh, a teacher at Teach for India. “For these reasons, the attendance in online classes is extremely low. At the end of the year when they will sit for their examination, how will they manage, we have no idea.”

A student in a private school does not have to think about losing out on their education for reasons like these, he added.

Khushboo, an eighth-grader was also among those whose house was destroyed by the Khori demolition verdict. “We did not have a house and I had not eaten anything for two days so I was unable to join my online classes. I would just feel like crying,” she says.

Khushboo decided to leave her education so her two other sisters could go ahead with their studies, after their house was demolished and her father was struggling to earn money during the lockdown. “My parents have also supported me and told me to continue studying,” she says.

She wants to become an encounter specialist when she grows up. “I want to stop crime in our country. I saw even during the Khori demolition that the police were not doing anything. I want the police to help and support the people.”

The government school system hasn’t trained its teachers in using tools for online schooling, according to Megha Nagpal, another Teach for India teacher. “Some teachers who were supposed to retire next month got so overwhelmed with technology that we would have to go and calm them down and help them,” says Nagpal.

Yet in many states, government school students outperform their private school peers in board exams and learning outcomes if you take into account their parents income, as studies by the non-profit Aser Centre have shown.

“We had no idea if classes were happening and the teachers said they will not repeat what has been already taught. We could not understand anything,” says Pooja Chauhan, an eleventh-grader who missed out on half a year of schooling for lack of a device.

She takes her classes in the midst of doing all the housework, and supporting her parents in managing their shop. “It is very distracting to study at home, especially because my sister and I have to study through the same device,” she explains.

Due to low attendance, many school teachers have stopped conducting regular classes at all. The attendance of the students depends on submitting these worksheets by the end of the day on which the worksheet has been given. The faculty are also kept busy sometimes with administrative work like distributing rations for Covid relief and conducting vaccine drives.

Many students in India are also first-generation learners. Their parents cannot provide the guidance required especially to primary school students, said Syeda Sana, a primary school government school teacher. “Even if they go to tuition classes, the help available around these students is also not good. The students end up also learning wrong things from their tuition classes.”

“It was essential for primary school children to have primary classes in smaller groups. But even when students and parents were ready, government schools did not have the appropriate infrastructure because they were being used as Covid or vaccination centres,” said Sana.

“The arbitrary directives of the government were also very confusing and not helpful for the child.” 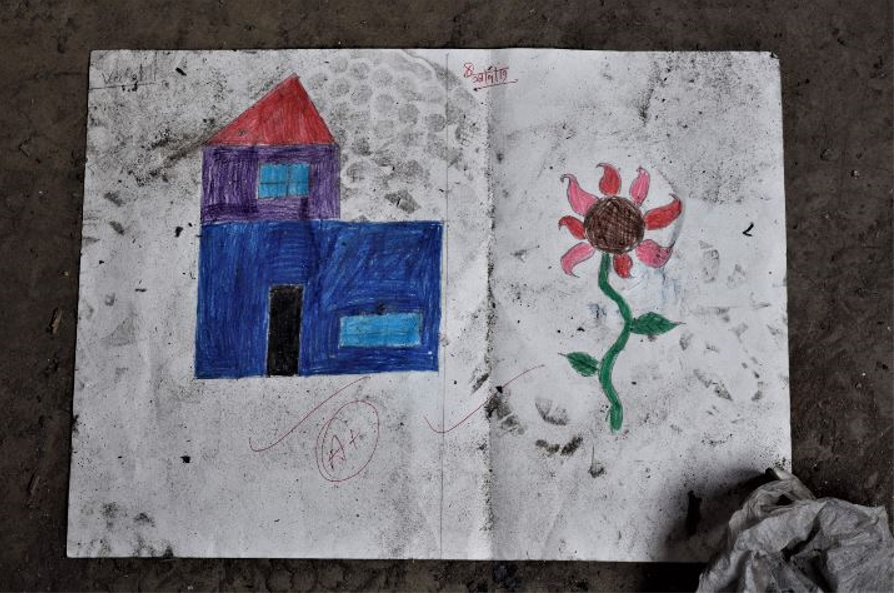