Rush of Takers for Student Debt in West Bengal

‘As long as it works they will continue it’

KOLKATA: “And we have filled the form with all the necessary details. I cannot understand about the form at all,” says Suroj Mondal.

He says it was a tough journey for his sister Rupa Khatun, from Dhubulia in Krishnanagar, to secure admission at the Chinai College of Nursing in Bengaluru where she is already in her first year.

They were uncertain of being able to pay the tuition fee, so a student credit card scheme announced recently by the state government came as a convenient blessing.

Soon after sending in the form, they received a message saying that Rupa Khatun’s application had not been accepted.

On reaching out to the college they were told their matter would be dealt with when the session resumed. Mondal tried posting a picture of the rejection letter on the scheme’s official Facebook page, but got no response.

“The scheme details that disbursement of this loan will not be based on academic merit,” says Mondal.

He says that many of his sister’s friends from Chinai College are facing the same problem.

When he reached out to government officials on behalf of a friend, he was told the college principal’s signature is needed on the form.

This requirement is not listed in the scheme’s official documents, and to make matters worse - the college is closed for now and the principal is unavailable.

At quick glance the student credit card scheme is a blessing for any aspiring student in West Bengal.

Students can use it for their board or competitive exams, or for higher studies in madarsas, colleges and universities including BITS and AIIMS, or the IITs and IIMs whose fees the Centre has hiked dramatically in recent years.

Anyone up to the age of 40 can apply for the card, for debt of up to ₹10 lakh repayable at 4% interest over 15 years.

The amount can be withdrawn as required for tuition fees, living expenses, projects, travel expenses, books and stationery.

But the conditions for eligibility are many and varied, and within two months of its launch some exclusions have become evident in the scheme.

Applicants need to have been living in West Bengal for at least 10 years, and need documents from the state government.

A masters student at Presidency University, he is in the process of applying for a student credit card. From the requirements detailed in the scheme he knows he may not qualify, but he is hopeful.

Being a Sikkim resident, like his father, he can easily prove that he has lived in West Bengal with his family for the stipulated ten years, but he cannot prove his citizenship in the state.

He says two of his research papers have been selected for a conference in Barcelona. The delegation fee alone is £220, and then there is a fee for travel and stay. This is the reason he is applying. He predicts the scheme will fizzle out in a few years.

“This is a subsidised scheme. Which means that the government is not making any money off of it. There will be a loss,” says Manish Chauhan, a well known writer on private finance.

Given the low interest rate and long repayment period, Chauhan says the money set aside for the scheme is bound to run out.

“As long as it works they will continue it,” he says.

Chauhan predicts there will be many more cases of people disqualified for inadequate documentation.

“Even though the number of applicants and people technically eligible might be very high, at the ground level the reality will be different.”

“Schemes like these are designed in such a way that there is no humane angle to it. What I mean is that, there will be a robotic way of choosing people. There will not be a human element where someone will be listening to their stories.”

He says also that schemes of this magnitude require a very rigid set of rules, so as to prevent people taking advantage.

According to official description, any expenses incurred on the student credit card must be reported to the lending bank and the relevant government department through a web portal.

The higher education and school education departments are to set up district monitoring committees to preside over the scheme and ensure that the borrowers are getting their dues.

Chauhan says there is a certain section of people who may need these very resources, but do not have the know-how to avail them, and that is a sad truth.

“There may be many middlemen who might cheat and fool such people,” he explains, adding that it’s possible there is a political agenda.

There are many takers for student debt in West Bengal.

The scheme launched on June 30 has reportedly attracted 60,000 applicants so far. A fortnight ago the first 180 credit cards were rolled out.

The loans are given by a growing list of district, state and central cooperative banks, as well as public and private sector banks in the state.

They are to require no collateral other than the co-obligation of the parent or legal guardian. With the age limit of 40 years this condition too is proving difficult for some to fulfil.

The scheme enters a growing market. College enrolment in West Bengal stood at 23 lakh students last year, barely up from 21 lakh five years before, but private college enrolment grew by 14% in this period, twice the rate of government institutions.

A bachelors at a private college could set you back by ₹6 lakh or more, while private schools in the state charge upwards of ₹50,000 per year.

The last published National Sample Survey in 2017 found that rural and urban families in West Bengal who can access higher education spend around 15% on it. Nationwide, education has become the greatest burden after food and medical care.

Public spending on education in the state is mostly on schools.

It is a jump up from five years ago, when just ₹5,700 crore or 4% of the total was spent on ‘education, culture and information’.

The average education spend by all state governments is also 16%. It is unclear what share is used to extend debt for an increasingly expensive education. 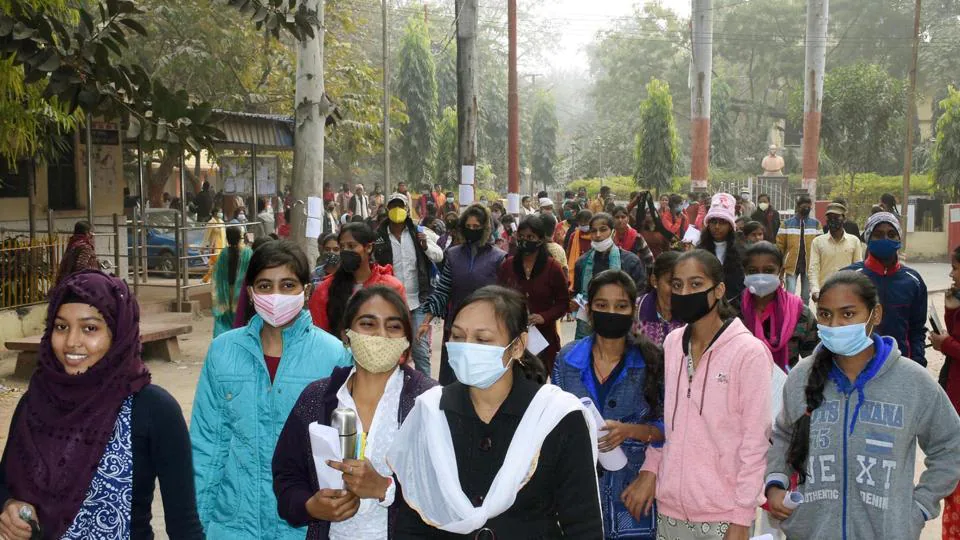