The Great Contribution of a Gentle Human Being

Mannu Bhandari, the eminent and popular Hindi writer is no more. She passed away on Monday, November 15 in Gurugram near Delhi at the age of 90. She will be missed by her countless readers, and by many teachers and students, particularly those of Miranda House, Delhi University where she taught Hindi literature for a long time.

Mannu Bhandari won early recognition for her portrayal of women of a changing India, influenced by and drawn to moderns, yet not quite free from traditional thinking. These values, these women caught between modernity and tradition are not left free to resolve their dilemmas on the basis of their own experiences and learnings. Instead, more often than not they find themselves burdened by various unjust adverse situations, often reflecting gender-based bias and injustice.

This latter aspect was later captured even more vividly in her own biography Ek Kahani Yeh Bhi (this too is quite a story). Stories like Nai Naukri (new job) also reflect this trend in her writing, while Trishanku is more about parents, particularly mothers, struggling to choose between tradition and modernity while bringing up their children.

Yahi Sach Hai (this is the truth) is her famous story, of a girl living alone who is very sincere to the man she loves now, but unable at the same time to get out of the sweet-sour memories of her first love affair. The story is remarkable in terms of her strength, of a very reader friendly way of writing. Her stories are almost always interesting to read, all the more this one, which was made into the endearing hit film Rajnigandha (1974) by Basu Chatterjee.

At times she gave her readers stories very different from her normal work, and sometimes these stories were exceptionally brilliant. One such story is Akeli (she alone), the very poignant story of a woman who revels in groups of friends but is increasingly left alone and neglected as she gets older and poorer. Yet another remarkable story of a different kind is Teesra Hissa (third portion), portrayal of a potentially fiery columnist and editor who is forced by circumstances to live a stifled existence doing ordinary clerical work, daily waiting for his dream opportunites to arrive someday.

But where Mannu Bhandari scaled truly great heights was in her two unforgettable novels—Aap ka Bunty and Mahabhoj. The first portrays the disrupted world of a small child troubled by his parents’ broken marriage and even more so by his mother’s remarriage. This is one of the best novels I have read on child psychology in Indian literature, its story told from the viewpoint of a child.

Aap ka Bunty which was serialised in the Dharamyug weekly magazine got tremendous feedback from readers who worried constantly about the fate of the troubled child. It was also adapted as a play. Unfortunately its film version Samay ki Dhara ran into problems with the matter even going to court. The novel has been translated into Gujarati, Marathi, Bengali, Odiya, Kannada, Tamil, English and Japanese.

Even those who had become accustomed to some surprises from Mannu Bhandari could not have reckoned for her to deliver a political thriller—but she did, in her widely discussed novel Mahabhoj. A young man who sincerely struggles for the poorest people in a village dies in mysterious circumstances. With a by-election approaching, the murder takes on strong political overtones. What happens in the aftermath exposes the many-sided corruptions of the entire political system.

Mahabhoj too was reworked into a play which has been performed again and again by several theatre groups. The novel has been read in English, French, Marathi, Gujarati, Bengali and Kannada. A film version of this great novel is still awaited. Certainly a very fine film could result from this great book.

Mannu Bhandari will always be remembered for her great contribution to literature and for her fine qualities as a gentle human being. 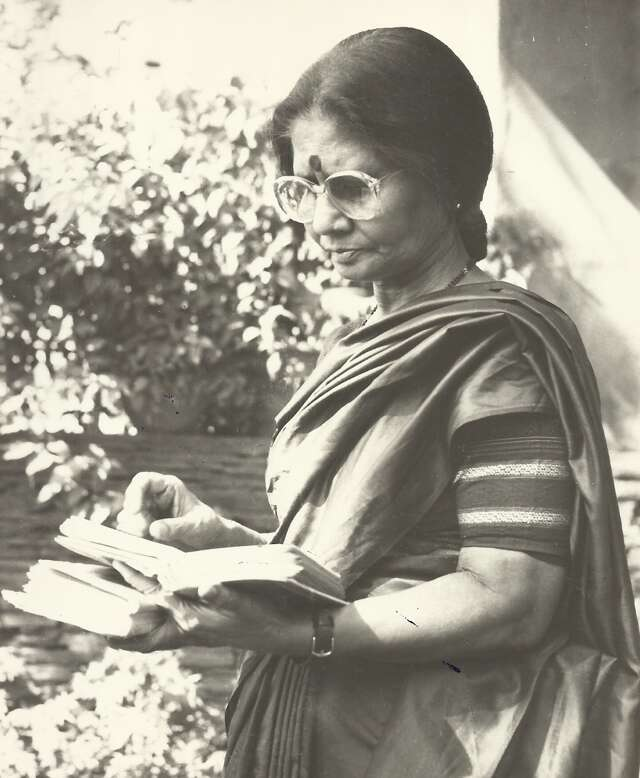