E-rikshas are expensive to buy and rely on fossil fuels

The riksha pullers of Jamia Nagar might be among the last in New Delhi, their numbers dwindling day by day. These providers of affordable, environment-friendly local transportation are living on the edge. Pedal rikshas, once the only mode of local transport, are no longer considered a feasible alternative by many, nor are they able to support those who pedal them.

Rikshas are widely assumed to have been invented in Japan in the 1860s, at the start of the Meiji era of tremendous technological growth. Manual rikshas became a popular means of transportation across Asia in the nineteenth century, and arrived in India around 1880, in Simla, being introduced in Calcutta at the turn of the century.

Since then, the riksha has evolved from the pulled riksha, which is still popular in Kolkata, to the pedal riksha and now increasingly the e-riksha, which relies on fossil fuels. Those who make these technological changes ignore the lives of some people, like the riksha drivers in Jamia Nagar, and leave them behind.

After the introduction of the relatively expensive e-riksha, manual riksha drivers have suffered a significant financial loss, and are being forced into poverty. Many of them haev been able to switch to another source of income, and those who remain say they have little or no choice.

A large number of riksha drivers here are from Bihar and Bengal. They say they hardly make 200-300 rupees for a day’s work, and are unable to build savings, or share their earnings with their loved ones. Even a few years back they would earn more than a thousand rupees each day.

“I am forced to pedal rikshas at this age against my will. I am in severe debt following my daughter’s marriage,” confides *Salman, an aged riksha driver from Bihar.

Another riksha pedaller from Bengal, *Rafeeq, says a lot has changed with regard to their sole source of income. He has been pedalling rikshas for the last 12 years. Now he is unsure about his future and is finding it tough to meet his family’s day to day requirements. He wants his children to be educated, but finds it difficult to provide them with a good education, which is being made increasingly expensive, particularly since covid.

These riksha pullers face trouble switching to another source of income because they have been using a pedal riksha for a long time. They say they are not in a position to adapt to the changes brought about by this development. Some say that driving an e-riksha requires special abilities, and that they are too set in their ways to abandon the traditional means of transportation. They also lack the financial means to purchase e-rikshas.

Driving a rented vehicle for aggregators is also not an option, because they lack the required documents.

People prefer to travel short distances in e-rikshas since they are both inexpensive and quick. They pay 20 rupees for a distance of about 4 kilometres, which would cost 50 rupees on a pedal riksha. Another reason why traditional riksha pedallers are vanishing, despite the ecological benefits of cycle transport.

“These pedal rikshas will vanish one day. Our children may not be aware that this means of transportation existed in the past.” 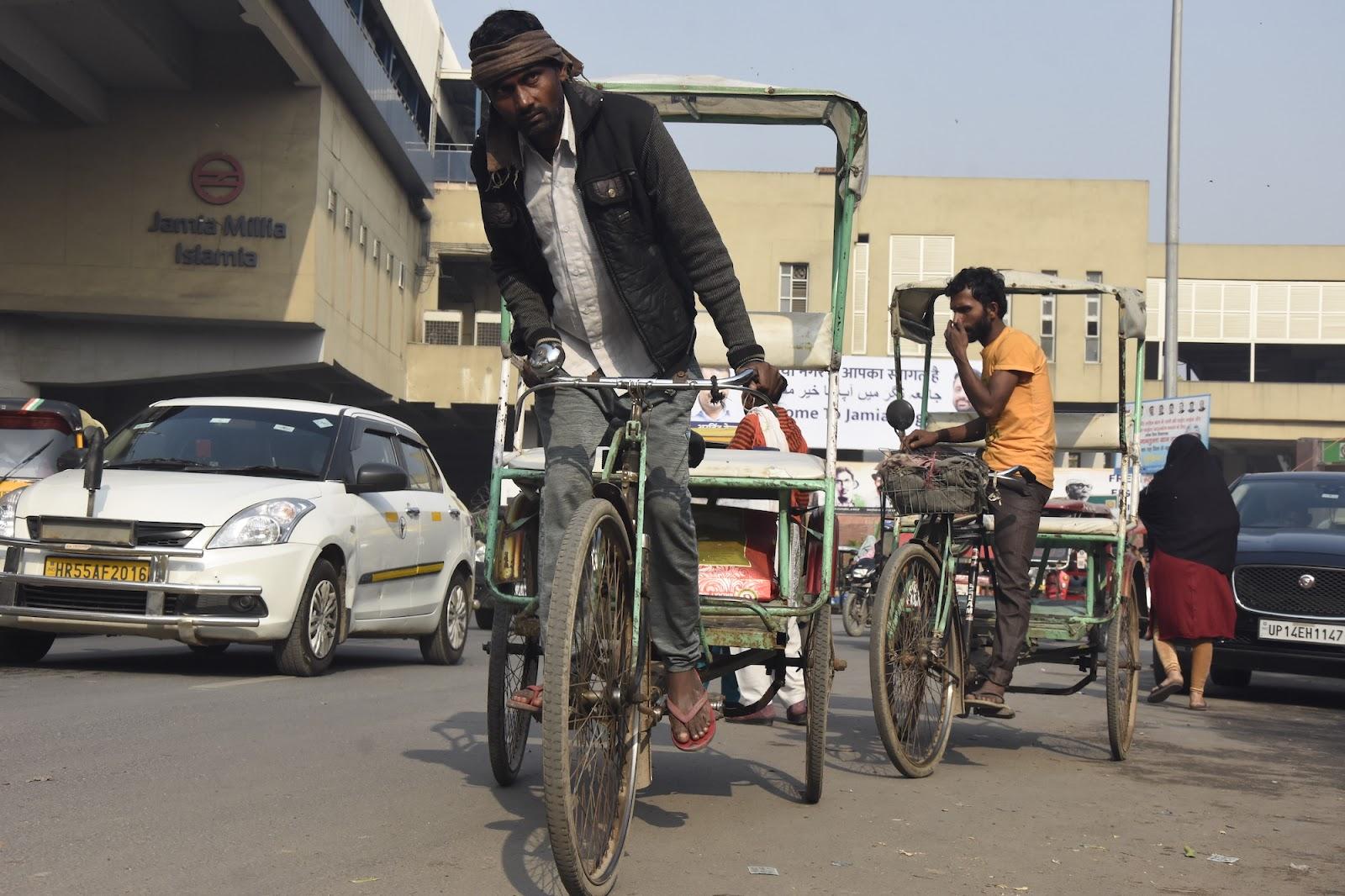