This is Self Inflicted Misery Not a Path to Redemption

Time to make peace for all times to come

A spring breeze rising up from the recently opened tulip garden in the Valley and gently brushing past the visitors is a welcome change from the covid induced extensive home bound stays and the accompanying claustrophobia.

Just when it seemed that tulip blooms in full majesty and the exuberance of cherry blossoms of the Valley spring will help us to get past these sordid two years, a movie comes along and stirs up the bottled up passions.

The passions evoked by The Kashmir Files, a movie on the Pandit exodus, have grazed the wounds of the exiled Pandit Kashmiri community, reopening them in the process to multitudes of teary eyes.

There is stinging pain in their hearts too!

The Kashmir Files portrays the violence unleashed on Kashmiris in 1989-90 before Pandits decided it’s time to leave the Valley - in such vivid, but nuanced ways that sobs and sniffles as well as anger and resentment have once again become part of the discourse of the community today like it was then.

The Pandit exodus is more than 30 years old and the events surrounding it are too well known to the people of Jammu Kashmir.

Outside J&K in the rest of the country though, people may not know much or in considerable detail about the fateful days surrounding the Pandits’ uprooting in 1989 or thereabout.

The Pandit’s first brush with the unforgiving heat of Jammu summer, snake bites, and livelihood issues as they began arriving in busloads in the city in late 1989 and early1990 is still fresh in the minds of the people of Jammu.

But to their great credit, the people of Jammu rose to the occasion and supported the Pandit brethren in their difficult times in every measure conceivable even before the help from the government was on its way.

In the intervening 30 years, the government has done a lot, and rightfully so, in addressing the concerns of the community. From reservations in educational institutions to jobs to free rations etc., the government has gone to great lengths to ensure that the challenges of deprivation, both psychological and material, faced by the Pandits are confronted and overcome.

Be that as it may, public doles, howsoever substantial, can hardly help in dealing with the sense of loss about one’s native place.

Edward Said, researcher of literature and public intellectual reminds us, “Exile is strangely compelling to think about, but terrible to experience. It’s the unhealable rift between a human being and the native place; between the self and its true home; its essential sadness cannot be surmounted.”

Government’s assistance to the Pandit community – to use the three word campaign of ‘security, prosperity and respect’ recently launched by Keir Starmer, Labour Party leader in the House of Commons to win British people over to Labour ideology – has been similarly driven by the philosophical imperative of giving a sense of security, prosperity and respect to the Pandit community.

For their part, Pandits have also shown a big heart and largely reconciled in the backdrop of the government’s affirmative action and, most importantly, the sense of slow and steady closure they themselves have sought and in some measure achieved through their own actions.

The signs that Pandits have made peace with their horrific past have long been visible in the way exiled Pandits have been thronging shrines all these years in the Valley along with their families and reuniting with Muslim Kashmiris in their festivities and marriages.

And this hasn’t been one way outreach, as Muslim Kashmiris have also not ceased visiting their Pandit friends in Delhi and other parts of the country during these years. In fact, this reconnect has only strengthened in the interim.

The question that then comes to mind is why and how does a movie evoke such strong emotions, as we are seeing in the backdrop of the release of The Kashmir Files?

Why is it that the collective sentimentality of the community has erupted in the manner in which it has now?

What is it that The Kashmir Files has done in reopening the wounds believed to have long healed?

The answers to these questions may not be straightforward. Just as understanding human psychology is not a linear phenomenon.

One thing that this sudden emotional churning reveals is that Pandits after all could never make peace with their past.

The sangfroid maintained by the community all these years created the impression that it has had closure, but deep inside the wounds still festered.

The angst and anger still remained and their hearts still craved and pined for justice.

As is the case with almost everything in India, The Kashmir Files movie has split the people with very strong views on both sides of the fence. Some of these views have been downright rude and could have been done without.

But then in this country it is difficult to imagine that an issue as sensitive as the Pandit exodus spotlighted by a movie will not lead to petty politicking.

We have grappled on numerous occasions in the past with the following questions in the context of analogous issues, say a sensitive movie or a book, but finding no answers, have moved on:

Why must there be calls for banning a movie or book?

Why should a movie or a book be labelled fakery or distortion of facts?

Why shouldn’t a movie or a book be seen for what it is?

Why must a movie like this produce calls for a similar movie for the Other community?

Why should celluloid depiction of one community’s misery be seen as an affront to the other?

All of these questions in one form or another are being debated today in the media and outside it.

But sadly objectivity is missing from the debate. The arguments made are not logical.

Despite so much that the Valley has gone through, it appears as if there were a consensus on both sides of the aisle that this conspiratorial attitude needs to continue. That no matter what happens, one side of the aisle will be at the Other’s throat the moment they come out with a book or movie, and likewise the Other side will return the compliment as it were, if it perceives hostility to a book or a movie from them.

This is self inflicted misery not a path to redemption.

For once, communities at loggerheads need to quit talking and listen to each other.

The Kashmir Files movie offers an opportunity for sober reflection, and realization that time has come to heal and move past the 30 years of collective tribulation.

It’s time to seek closure and move on. Time to look each other in the eye with honesty; sob one last time on each other’s shoulders and make peace for all times to come.

Vishal Sharma is a Jammu based Milken IFC fellow and author of the novel Every Sky is Not Blue. Views expressed are personal 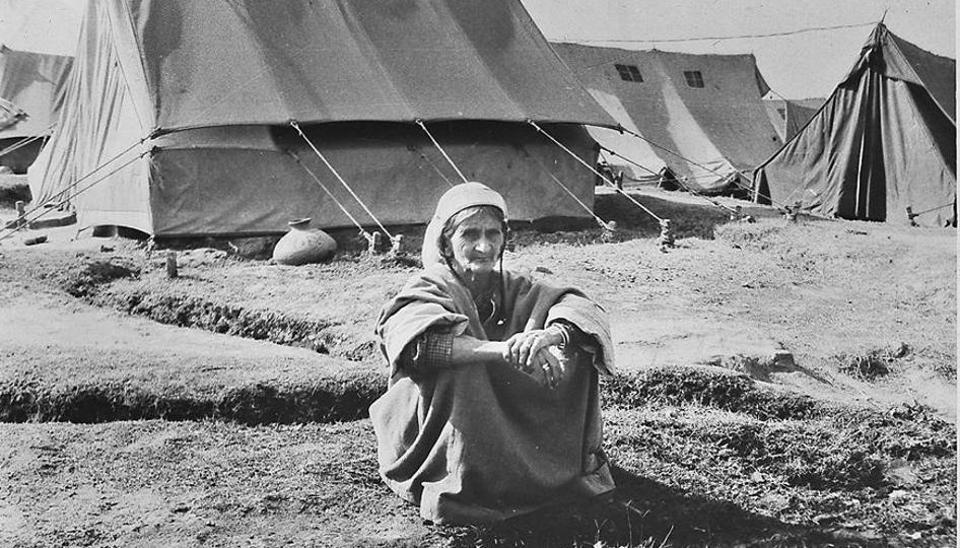