The journey of India’s development has been dotted with people’s movements that leave a lasting mark. These movements have achieved many things in the face of the “development” conducted by governments of the day.

Two recent examples are the farmers' movement that compelled the union government to repeal three farm laws, and more recently the stalling of a river linking project in Maharashtra and Gujarat through a continuing struggle by Indigenous people of the region.

But much before this came the Narmada Bachao Andolan, the Movement to Save the Narmada, which did much to redefine the “development model” of the land. A recently released book, The Struggle for Narmada, throws fresh light on many facets of one of the most powerful people’s movements of India.

Authored by activist Nandini Oza who has been working on the subject or oral history of marginalized groups, and translated from the Marathi by Suhas Paranjape, The Struggle for Narmada is based on the histories of two senior Adivasi leaders, Keshavbhau and Kevalsingh Vasave, annotated with extensive footnotes and references and a timeline.

“The two Adivasi leaders interviewed extensively for the document have been a part of the struggle and the rehabilitation process,” Oza told The Citizen.

Whenever one talks about the Narmada movement there are two extreme views on its success, with many saying that the movement eventually failed as the dam did come up eventually with its height being raised.

But like many Oza has a different perspective, when she says that people’s movements cannot be defined clearly in black or white or in terms of success or failure.

“While it is true that the project [dam] eventually came up after a long legal struggle, it is also a fact that the people achieved a lot. The construction got delayed by 20 years and a major international funding agency had to withdraw. The people had always pointed at the exorbitant financial cost and this gets reflected in the canal network still not being completed, the network area getting reduced along with the length of the canal.”

She further observed, “The people had always pointed that the water would be diverted at the behest of those politically more powerful and one can now see the Sabarmati riverfront project being sustained by Narmada waters.”

She thinks the movement benefited the people too, as the rehabilitation of Narmada oustees was much better than for other similar projects across India. The people became aware and demanded that their rights be protected, not letting the government go “scot free”. They were able to bargain for better things and got much implemented through the legal battle that went right up to the apex court. “Today there is a big question mark whenever a dam is to be built,” says Oza.

At the same time she feels that much during the Narmada movement could have been better strategized, like a powerful secondary or collective leadership.

When asked about what legacy the movement has left for similar fights in future, she asserted, “Whenever such a project is launched, the people are left with no choice. You and I who are on the other side of this flawed development paradigm still have a choice, but they have no option but to fight because it is their land, culture, flora, fauna and livelihood that is at stake. There have to be decentralized collective leaderships and they do yield results. It is an ongoing struggle.”

Against government claims about the need for big dams there has always been a counter narrative coming from local communities on using small power generating units that not only protect the environment but also generate employment at local levels, while preventing “natural” disasters that are often caused or exacerbated by huge construction projects in ecologically fragile areas.

This reporter has been witness to such narratives of the people in states like Uttarakhand and Himachal Pradesh, including the struggle launched by environmentalist G.D Aggarwal to ensure uninterrupted flow of the Ganges in Uttarkashi in 2008.

The 87 year old former professor at the Indian Institute of Technology died in 2018 after another fast for 111 days to ensure free flow of the Ganges and to keep it pollution free. He had carried out many agitations in that decade including at least five fasts spanning many days of hunger.

The moot question is why governments refuse to listen to such people’s movements and go in for smaller projects instead. Oza explained that building dams means lots of contracts, machinery, money and control. “In such cases everything stands centralized in the hands of the few. When it comes to dams every major political party is on the same page.”

Coming to her book, the document says, “One of the most powerful mass movements in independent India, the Narmada Bachao Andolan brought together thousands of people across the country from a myriad social strata and callings. The central role played by the communities of Narmada Valley, especially the Adivasis, in this decades-long struggle cannot be overstated; yet their lifelong contribution, struggles and sacrifices are neither well-recorded nor known today.”

This first English translation of the Marathi original, Ladha Narmadecha, bridges that gap and records the Andolan from the point of view of the Adivasi Indigenous who fought to save their forest, their land and their ‘jeeva dori’ or lifeline – the river Narmada itself.

The book explains, “Nandini, a full-time NBA activist for over twelve years records this untold history of the Andolan in the voices of two pivotal Adivasi leaders Keshavbhau and Kevalsingh Vasave. Both project-affected oustees whose homes and villages were submerged by the Sardar Sarovar Dam, they talk about the history of the struggle, their own roles in it, the impact of the dam and the Andolan on Adivasi lives, the trauma of displacement and life in the resettlement sites. They talk about Adivasi culture and their sustainable, eco-friendly livelihoods on the banks of the Narmada—now lost. They interrogate the destructive development continuing for decades, and outline future challenges for the movement.”

Girded with humility, candour, dignity and humour, these interviews contain vital lessons for mass movements striving to empower those on the margins of democracy. They also foreground the critical importance of oral history, and show that listening to memory can be as much a political act as a transformational one. The book is intended for all activists, students of ecology, sociology, anthropology, development studies and human rights. 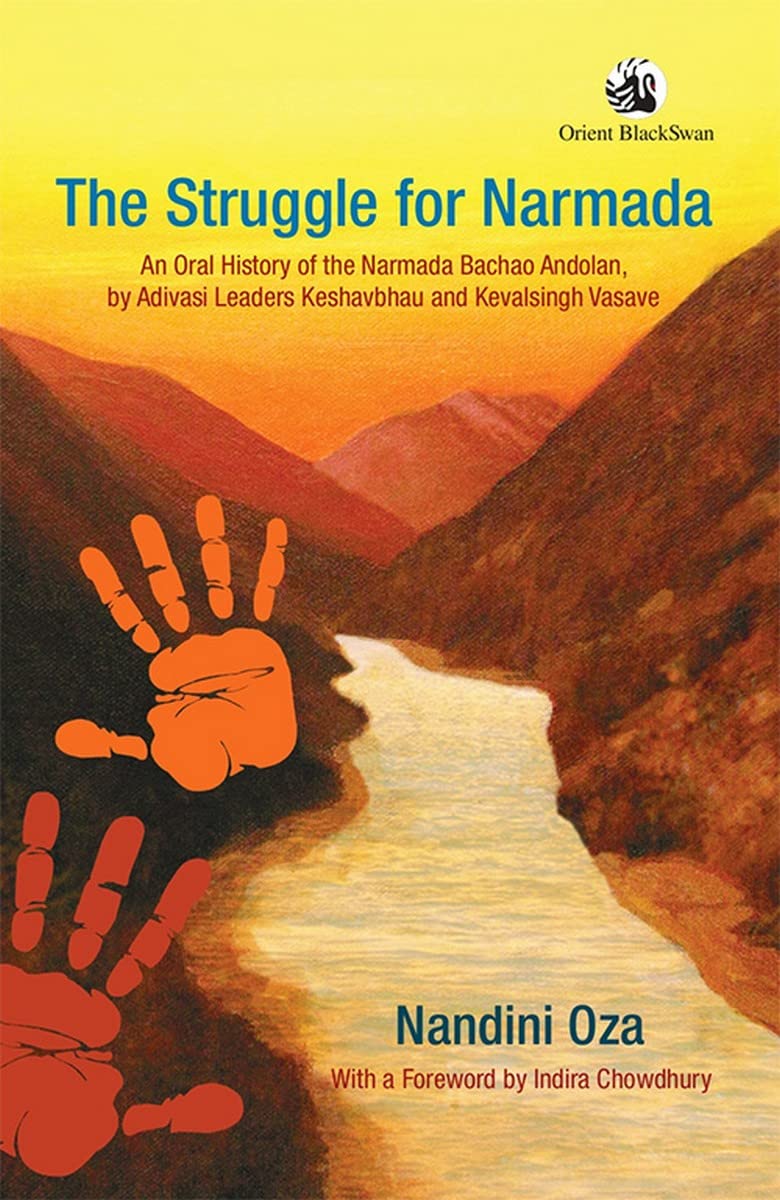