Dasvi: A Fairy Tale Where Tough Politicians Have Soft Hearts

Do not go looking for an agenda even if the pre-release hype around a film promises one. First look for the entertainment value of a mainstream cinema. Here we have an attractive proposition of a very masculine Chief Minister of a fictional Harit Pradesh, pitted against an over-feminine but ‘masculinised’ top cop.

Dasvi (should have been spelt with a ‘n’ in the end) is a fairy tale with honesty and integrity being ‘advertised’ by the said CM Ganga Ram Chaudhary (Abhishek Bachchan) who gets jailed accused of involvement in a teacher's scam in his state. Ganga Ram is semi-literate as he dropped out of school after class eight, and brags about it constantly, advising everyone that education does not pay but politics does! In jail, he gets privileged treatment, has home food served and a favour-seeking jailor takes him to his own quarters to live. The entry of Jyoti Deswal (Yami Gautam Dhar) puts paid to Ganga Ram’s comfort. Her no-nonsense manner reduces him to the cadre of normal prisoners, relegating him to making furniture.

He hands over the proxy CM-ship to his wife Bimal Devi (Nimrat Kaur) who has studied a bit, and soon proves to everyone that she is no ‘dumbo’. Her persona undergoes lightning change, which happens a bit too fast. Perhaps because the script is in a hurry to underscore her character as the vamp, when she becomes the CM. She changes her body language, her hairstyle, and the way she speaks to her husband when she comes to meet him in jail and reminds him that he is “the CM’s pati”.

The jail where Ganga Ram is lodged looks much like a modest hotel with clean beds, no dirt and the staff actually working! Ganga Ram even breaks into a song-dance number inside the jail with the other inmates. Within the prison, he has a bodyguard who keeps a watch over him. Not liking the hard work of making furniture as part of the jail routine, Ganga Ram announces that he wants to appear for his Class 10 Examinations (Dasvi). Because prisoners pursuing academics are exempted from hard labour! But Jyoti is not amused. She puts him back to work, when he pretends to be ill and lazes around on the comfortable bed of the jail hospital.

Ganga Ram announces that he wants to appear in the Class 10 Board Exams. But who will teach him? The librarian (Danish Hussain) and Ganga Ram’s close friend and co-inmate Ghanti (Arun Khushwah) begin to teach him English and Maths, followed by an engineer inmate, fascinated by this ‘different’ CM teaching him Science. Hindi preparation sends Ganga Ram into a panic attack, was this a sarcastic pointer to the trivialization of Hindi?

The dialogue concentrates on Haryanvi Hindi. Then, Jyoti, taken in by Ganga Ram’s determination, begins to teach him Hindi. These sessions bring Ganga Ram and Jyoti closer but sorry, there is no adulterous affair, though Jyoti is not only beautiful and does not have a boyfriend or a husband. She was transferred to this jail by Ganga Ram himself because she had once thrashed his party workers. This warm, platonic friendship between two people placed on opposite sides of the power paradigm is perhaps the best touch in the film.

It is History that fascinates Ganga Ram giving the script and the director the chance to show superfluous flashbacks in B&W clips of historical figures of the freedom struggle. Ganga Ram is determined to get through his exams, but elections are announced as soon as he is released. Much to his wife Bimla Devi’s chagrin, he contests, wins by a majority and can assume the CM’s post again! But he declines gracefully, and decides to become the Education Minister! What an irony for a standard drop-out. But wait, the results are declared and he has passed with 57 % which is a pleasant surprise considering we were expecting him, Hindi-cinema style, to top the list! Tushar Jalota sprung some surprises in this masala film at several points but is pulled down by an ‘all-over-the-place’ script.

Bimla Devi is sure that her husband will now divorce her. But our Ganga Ram chucks her under the chin and says he has taken ‘saat pheras’ with her and the question of leaving her cannot arise! Talk of a patni vrata husband!

Abhishek Bachchan is brilliant as he gets the rare chance of showing his best in front of the camera. Nimrat is a big surprise as Bimla Devi with her attitude especially in the scene in which, after a scam during her tenure is exposed, and her IAS principal secretary Tandon is found guilty. She not only makes him milk her cows, but also forces him to do sit-ups in front of her group of ministers! This is a sharp indictment on the limits of humiliation corrupt administrative officers are ready to face played out wonderfully by Chittaranjan Tripathy.

The complete change of image Yami Gautam has had with her previous role on an OTT platform seems to have worked well for her. She is confident in her new and challenging role as the tough and no-nonsense Jyoti Deswal who brings out her changing perspective of Ganga Ram well. The cameo characters, too, are full of fun. Strangely, the ruffians, goons and ‘dadas’ of prisons are conspicuous by their absence as is the absence of any Opposition to Ganga Ram’s ruling party.

The editing is good but the cinematography is slightly disturbed by the flat lighting even inside the jail. The music is as loud as the narrative allows and the production values are really lavish.

Dasvi is a modern-day fairy tale steeped in fantasy and feel-good emotions. Take a bucket of popcorn with you, sit back and watch the fun. Forget about agendas. They simply do not exist, like Ganga Ram who is a fairy tale prince in 2022. 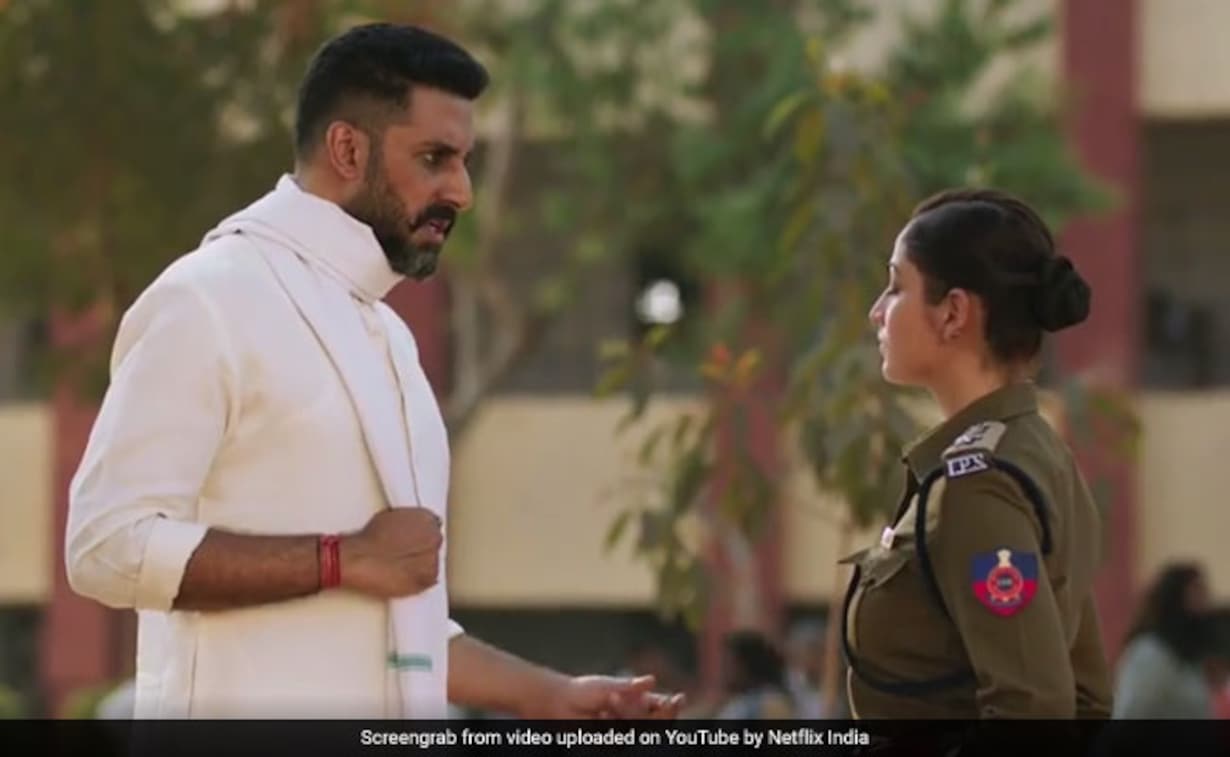