The Intoxicating Aroma of Summer

March-April is peak mahua season for gatherers across Chhattisgarh, Odisha and Jharkhand

It is noon, and under the blazing sun on the back, one wants to seek shade for a nap, but Chaitan Atami it at work, bent over, gathering small pale yellow flowers with his hands. He gently places them in a bamboo basket, which is already nearly full. A resident of Kasoli village in Dantewada district of southern Chhattisgarh, Atami collects mahua flowers, an important minor forest produce in the Bastar sub-division. He begins work at eight in the morning.

March and April are the mahua collecting season for Adivasis (Indigenous people) such as Atami, who come with their families to collect the freshly fallen flowers from under the trees. Atami said the season for gathering mahua flowers, begins around mid-March.

Mahua is one of the 18 MFPs (minor forest produce) traded in Chhattisgarh apart from imli (tamarind), tendu leaves and a host of other items like harra (Terminalia bellirica), sal seeds and chironji. The state which has 45 percent forest cover is rich in these products.

“The yield of mahua is good this year and many of us are collecting the flowers all day long,” said Atami, finding time to speak only during a short break. In village after village, most houses are empty of occupants as everyone is busy collecting mahua flowers. The blooms are a sight to behold on either side of the road as the car speed by, the intoxicating smell lingers in the air.

Atami led the way to a spot marked out with dried twigs and branches. Mahua flowers were being dried in the sun here. This is done for two-three days and fresh yellow flowers turn brown when dry. It is then that they are ready for sale in local markets or haats. According to another collector Jaggoo Ram, “we keep on adding the flowers for sun drying, and usually sell off when there is an adequate amount.” Adivasi gatherers like Atami own mahua trees, some families have as many as 12-15 trees or even more. Atami’s neighbour, Ramdar Atami has 27 trees, the produce from which caters to the livelihood needs of his six family members.

The current minimum support price (MSP) for dried mahua flowers is Rs 30 per kg, as stated on the Chhattisgarh State Minor Forest Produce Co-operative Federation Limited website. But according to the collectors, sometimes prices can be as high as Rs 50 per kg. Men and women have a busy schedule during the gathering season. The elderly Paike Marvi from Nakapara was being helped by her daughter Champa. Mother and daughter start collecting from dawn to escape the scorching heat. The family has 10 trees. Apart from selling dried mahua flowers in the market, Champa also makes mahua liquor. The liquor consumed all over Bastar, is made at homes and sold in glass bottles.

“After drying the flowers for three days, I beat them with a long wooden pole for thorough cleaning and detaching the stamen. After drying, I sometimes even get Rs 80 per kg. Liquor is most in demand. I am not educated and so it is a good source of income,” said Champa.

In the late afternoon, Kasoli resident Maheshwari Netam took me inside her house and showed me huge quantities of mahua flowers being dried in the courtyard. Netam has to walk for about 15 minutes to reach the trees, and starts work at 3am till 12 noon.

Conventional gathering of mahua flowers results in forest fires as many collectors burn the undergrowth beneath the trees to make it easy to pick up the small flowers. In many areas, blackened grounds are a common sight. The forest department is trying to control the situation by introducing mahua nets in Masauri village, said K Raju, who is the deputy ranger of Dantewada forest range.

April is the month of forest fires across India. Besides Chhattisgarh, mahua is an important MFP collected by Indigenous families in Odisha and Jharkhand. Now, as an intervention, mahua nets are coming to the rescue. Instead of picking from the ground, gatherers are encouraged to collect the flowers that fall in the nets tied to the trees. But though this is a good practice, it needs to be adopted on a large-scale.

According to Raju these nets are the normal fishing ones purchased from the market, and the Dantewada district administration and the forest department are using them to collect food-grade mahua through a women’s self-help group (SHG).

Unlike sun drying, which is the conventional process followed by collectors, mahua gathered from nets tied to trees are dried with the help of dryer machines. Raju said the most usual way to consume mahua in the entire Bastar region is by making it into liquor, but the department is encouraging women to make value-added products like cookies, a healthy option.

Parvati Maurya from Masouri, who heads the SHG, said there are numerous mahua trees in Dantewada and though most people enjoy the mahua drink, value added products are a good source of income too. “Despite the MSP, some middlemen often give collectors less money as flowers collected from the ground gather a lot of dust. So, a huge effort also goes in cleaning the flowers whereas the ones which fall on nets are naturally clean. The nets were introduced last year in the village,” said Maurya.

In the Melghat tiger reserve, non-profit Wildlife Research and Conservation Society introduced mahua nets made of old saris, for villagers living in and around the reserve. The intervention saved time, labour and also prevented human-animal conflict by restricting journeys deep inside forests. 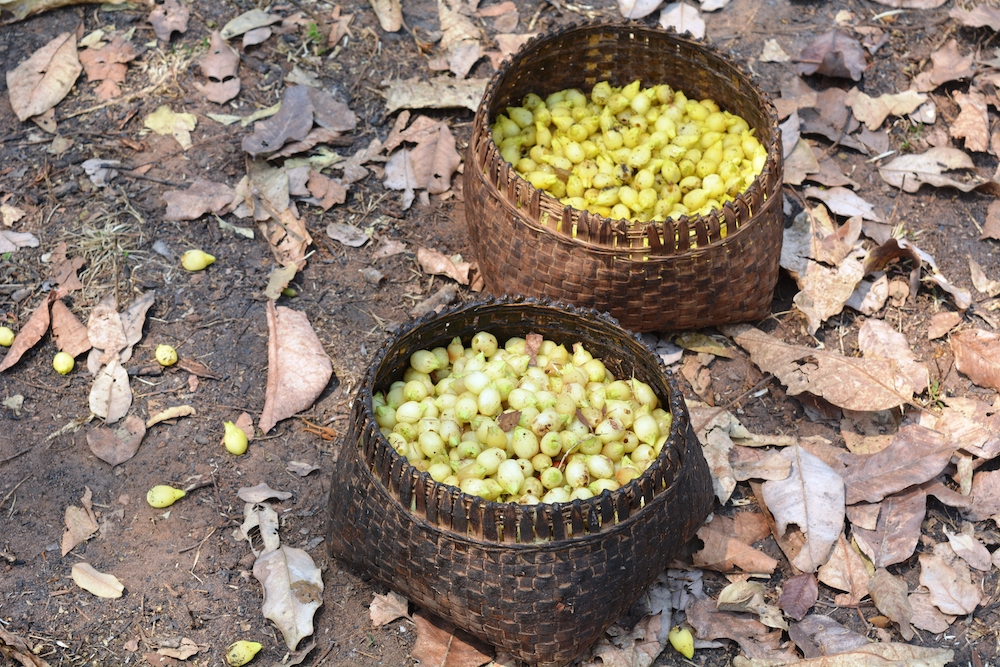 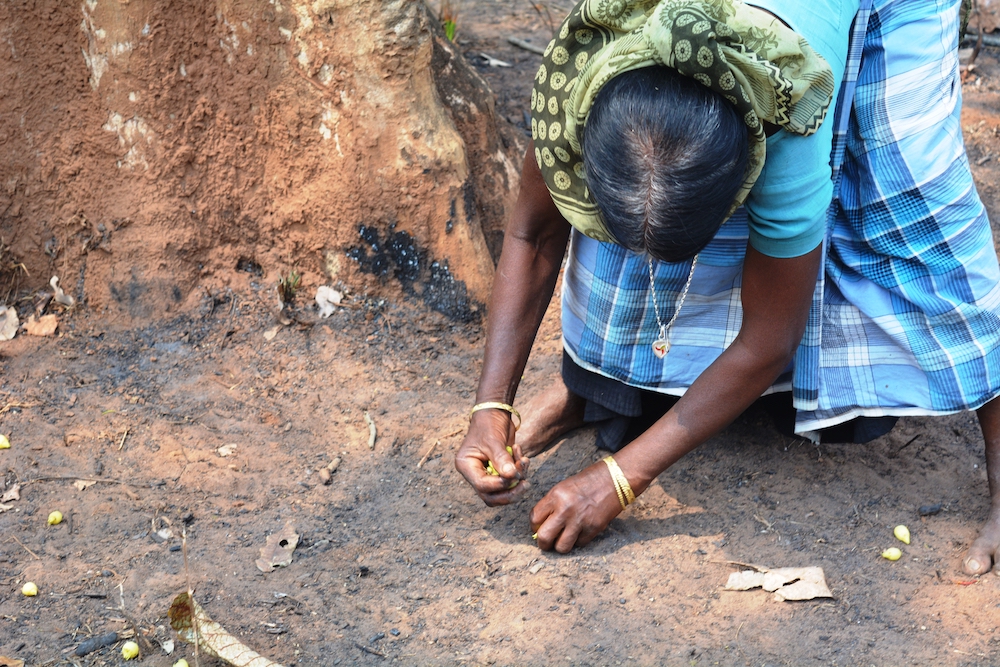 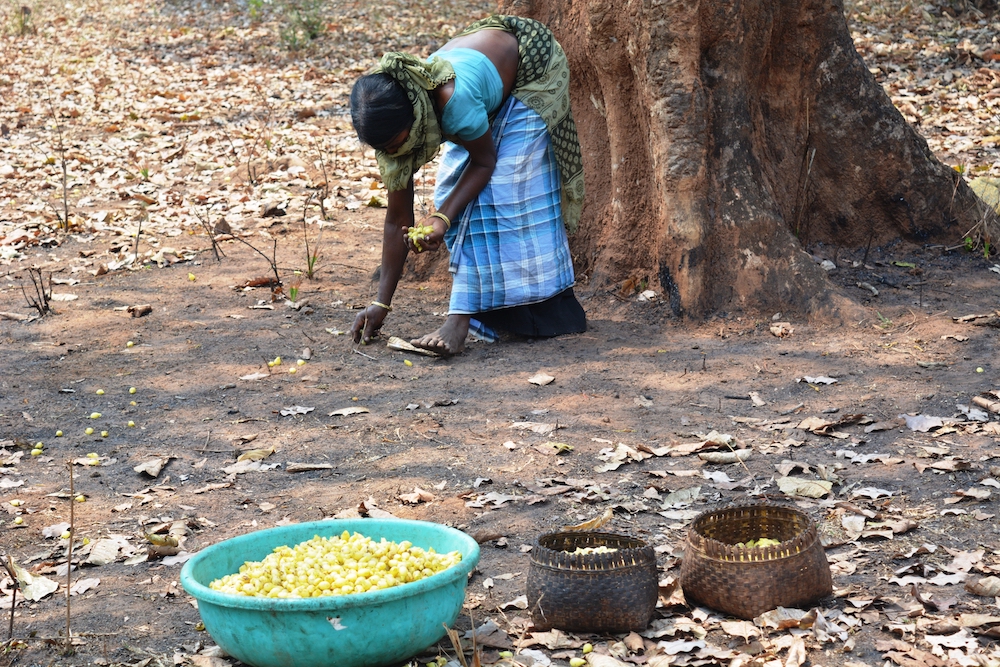 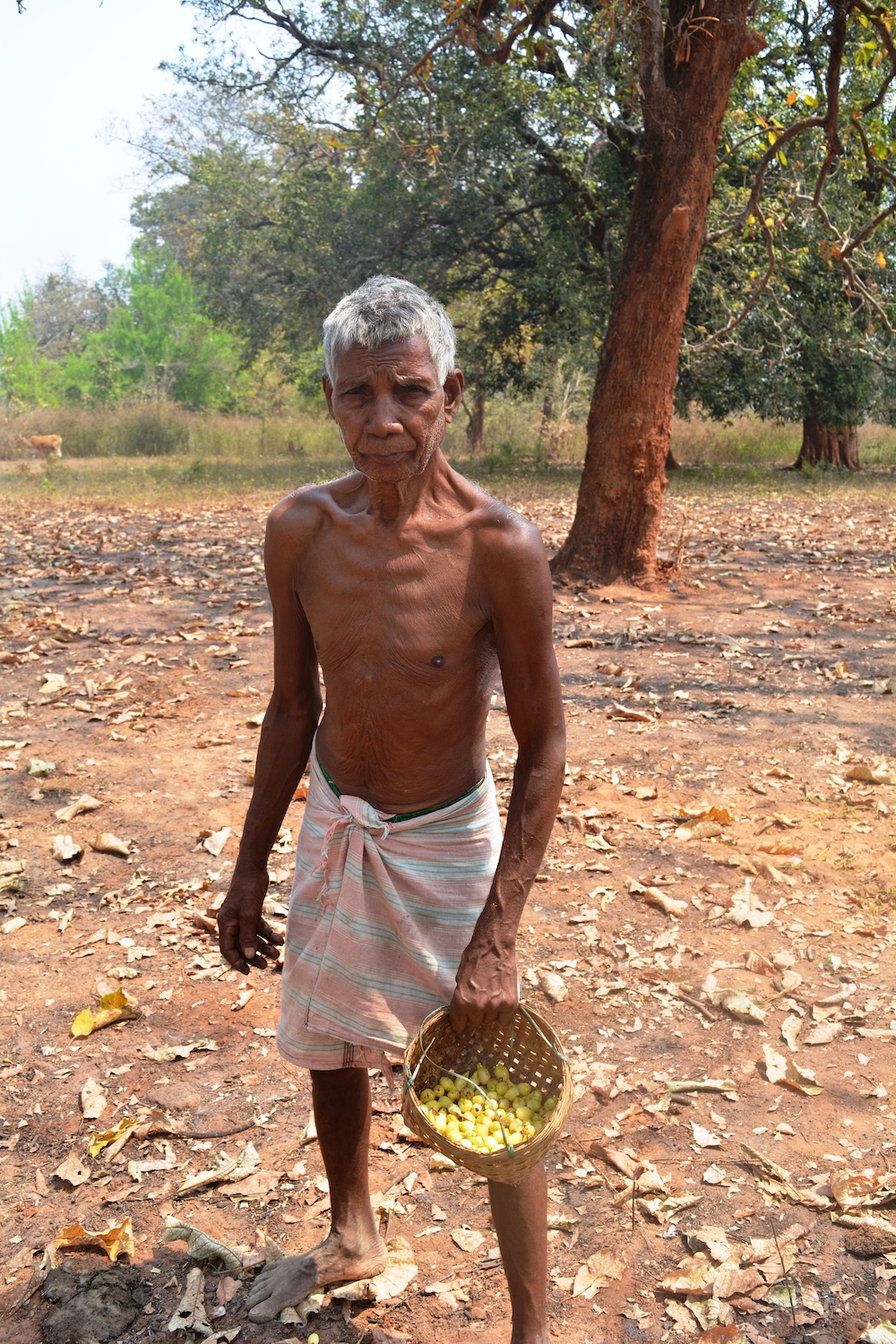 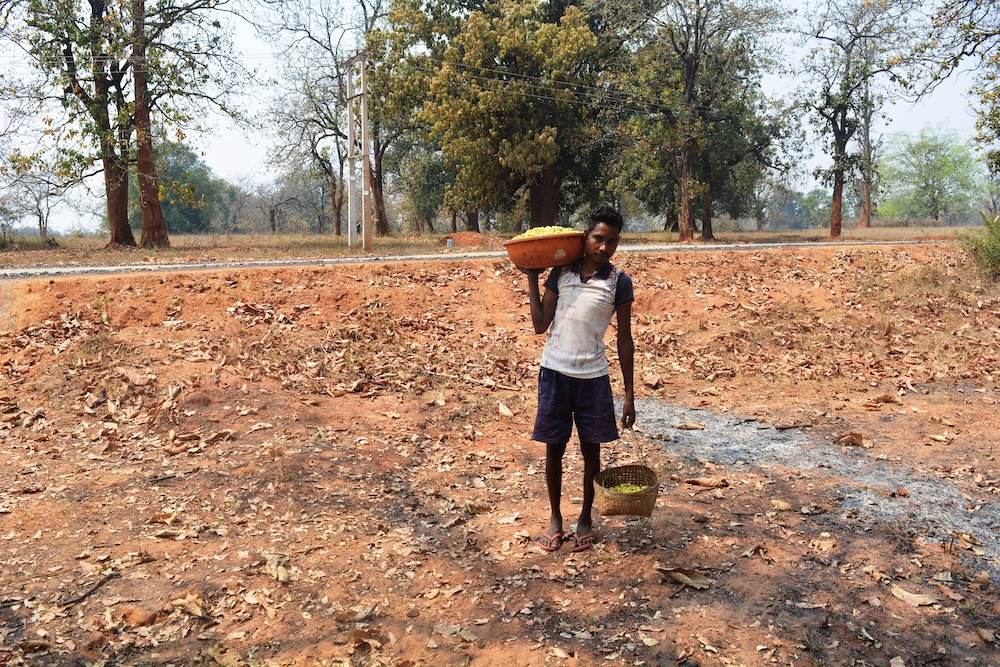 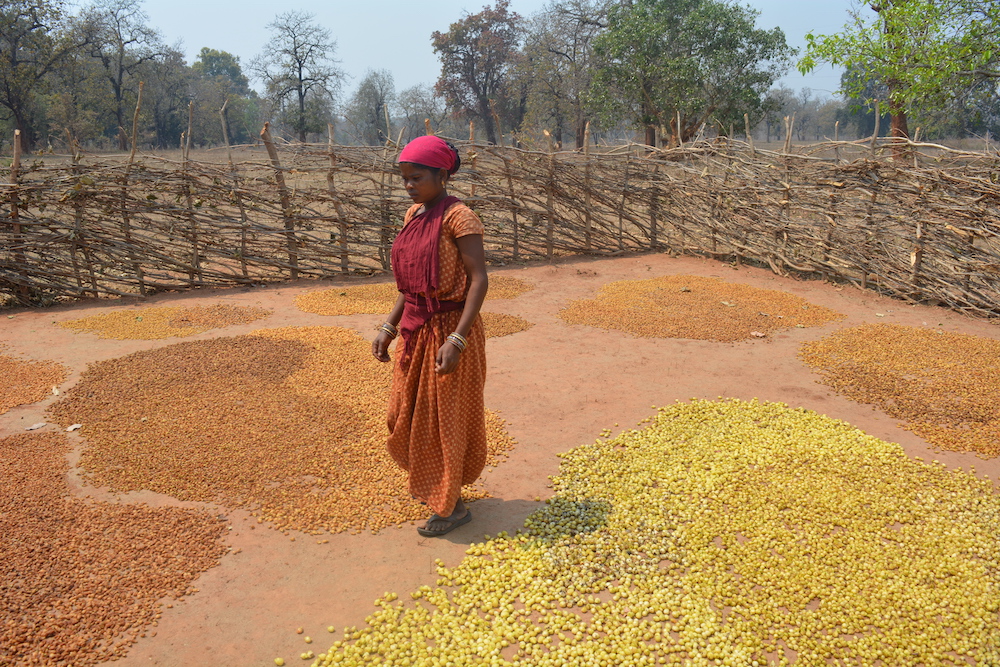 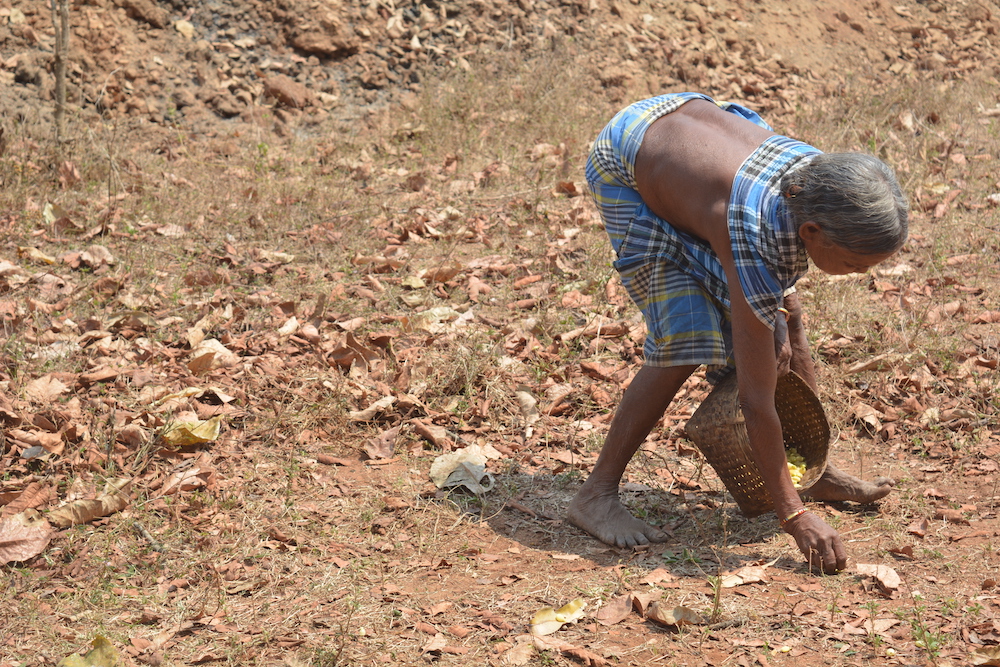 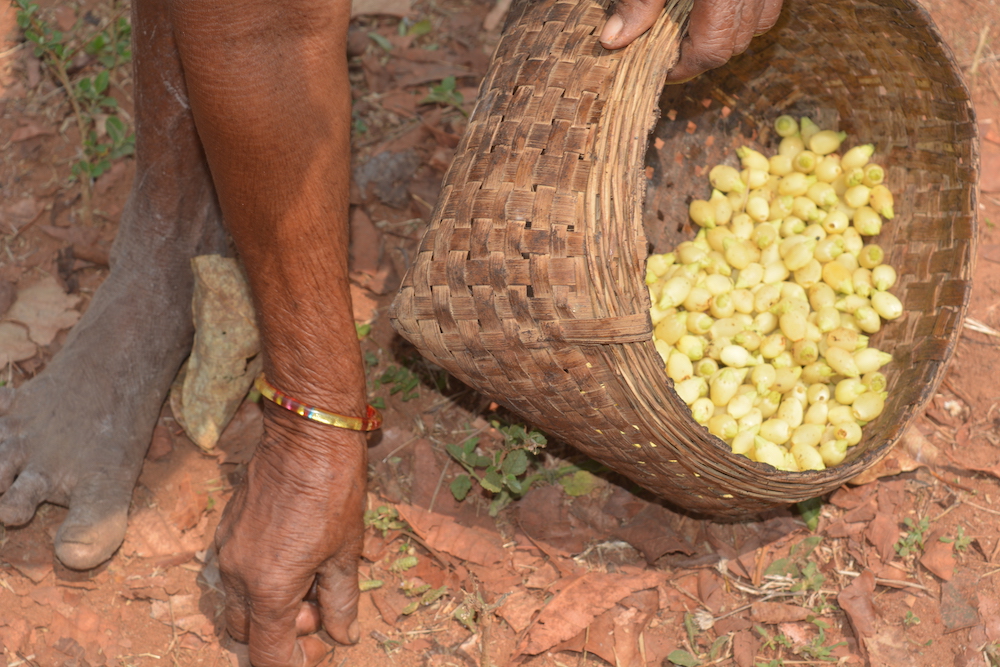 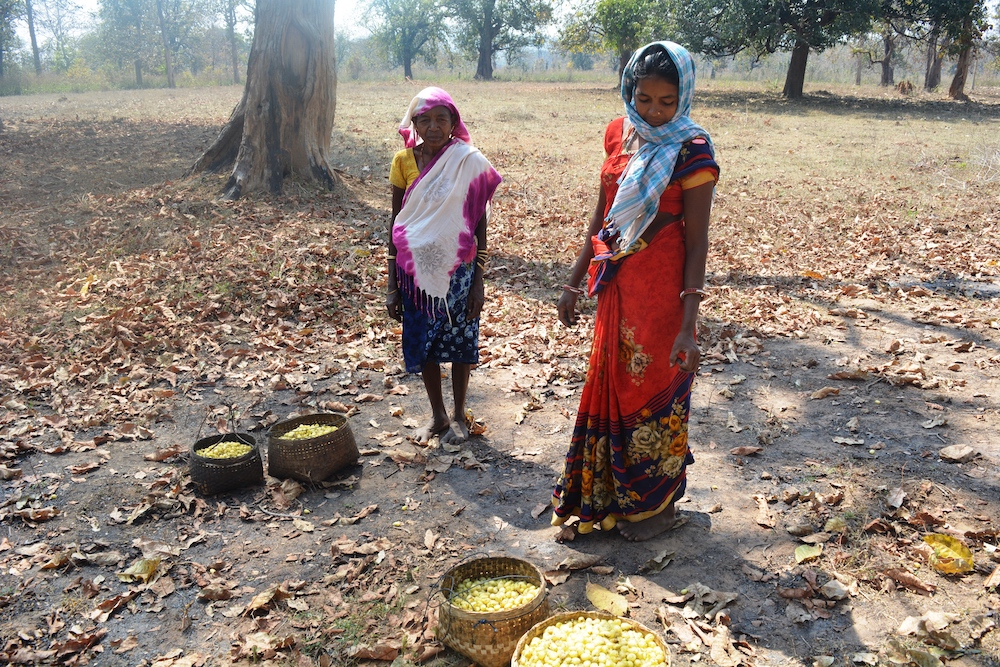 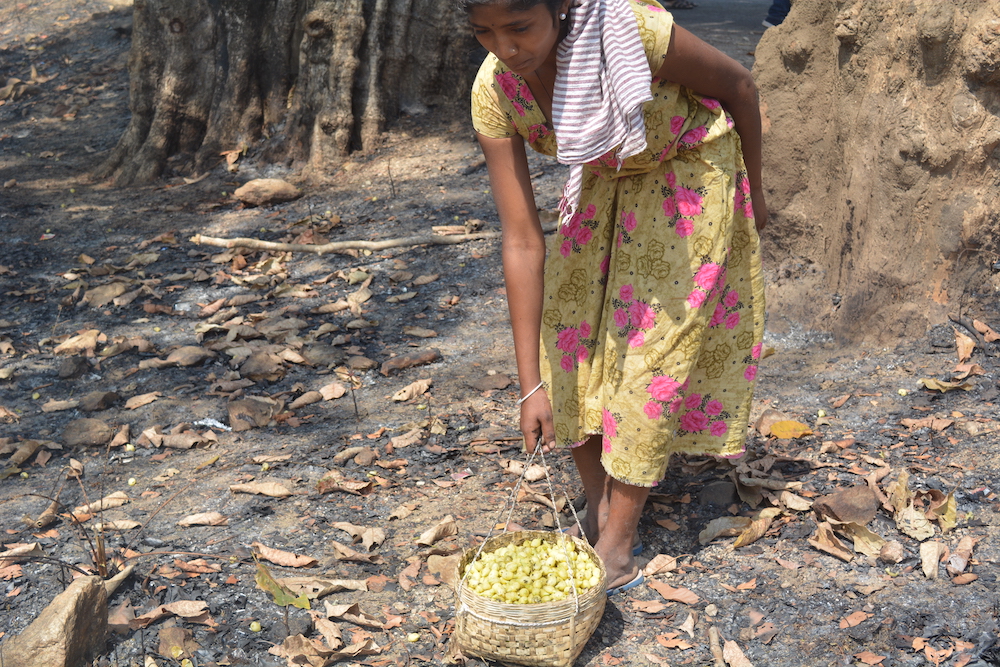 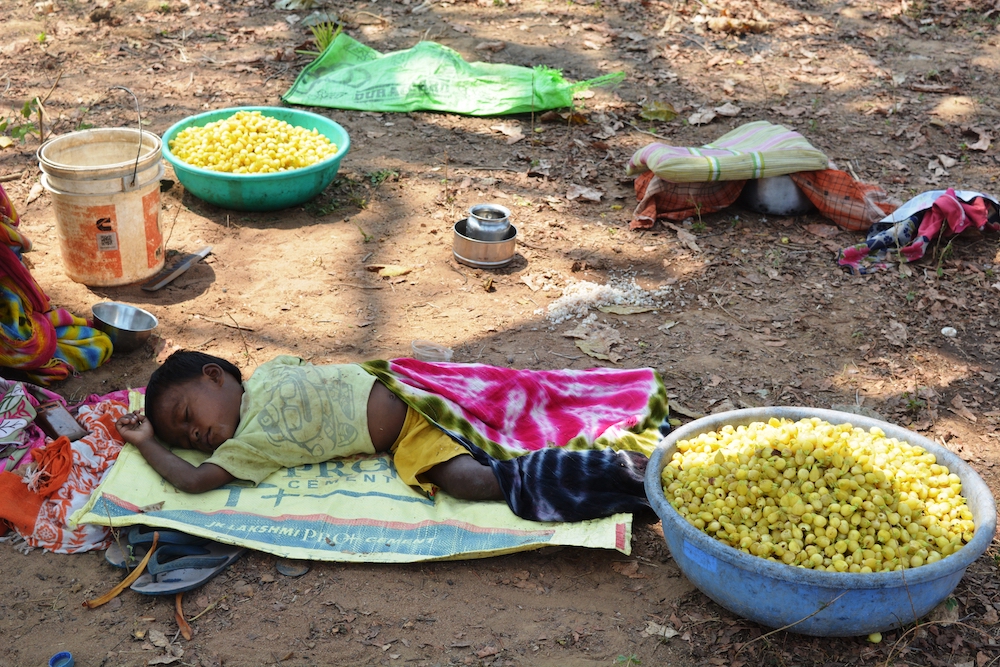 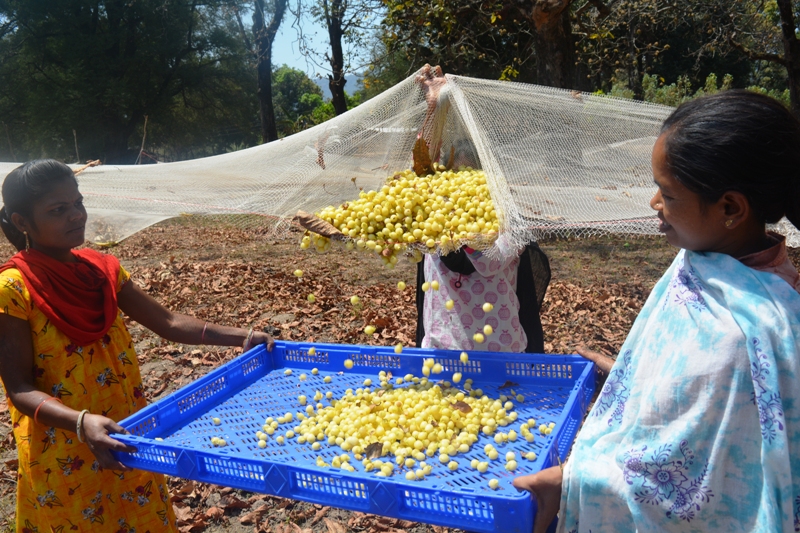