Peace, stability and trust are essential

There are rare moments when social media throws up pearls of wisdom or some good laughs… It’s a rarity indeed in the times we live in where trolls rule the roost. I loved this one liner shared on one of the few groups that I am a part of: Time zones are crazy. It's 9 am in Australia, 1 am in Rome, 1890 AD in India where people are fighting over religion and language!

How true! We are moving backwards at the speed of light. Everything is about the past and our present regime loves to live in the past/quote the past/harp on the past/dig into the past etc. Forget about the present. And the future's not ours to see, apparently. There is no moving forward, no futuristic plans, no cause for concern for the endless problems this nation is facing.

The way forward as strategised and stage-managed by our great leaders is to confuse the people, cause unpleasantness around that deviates people from concentrating on issues at hand, and immediately unleash ‘hate wars’ in selective places. The real problems get deflected and forgotten. Call in the bulldozers, crush the minorities, get after those reporting the truth, have a vendetta against anyone who speaks against the government. Create new issues so that we continue to live in a state of unrest and disarray.

Right now, the Indian Rupee hits an all-time low. Petrol and LPG prices have gone ballistic. The cost of living has sky-rocketed. Interest rates on borrowings are high. The market is swinging like a pendulum. Wake up people. You should have smelt the coffee years ago, but do it now at least!

The quest for a Hindu Rashtra – Really! Going after the Mughals – Good grief! Wasting time on non-existent and mundane issues – As always! Stirring up controversies against the seventh wonder of the world and our pride – Wah Taj! A dispute around Qutub Minar – Great! If this is not enough, let’s change names of cities/towns/railway stations/streets/iconic buildings.

Does the government even understand that the first few things needed and required for a good economy are peace, stability and trust between different sections of society. Concentrate on that. Maybe each line of our Constitution needs to be read out to our learned parliamentarians. Maybe they need to learn it by heart, after understanding each word of course!

India has always been known for its diversity and secularism. Not anymore. We are now seen for the intolerant regime that exists, a society that is being broken up and demarcated on the basis of caste/religion/language and geographical location. Where are we going wrong? Where are we headed? I think each one of us needs to answer this, retrospect and take corrective action. It’s already late, but it's never too late to reform and change.

How are we going to move forward if we continue to bicker among ourselves over trivial issues? As the door of global economic opportunity is wide open for us, we are still grappling with the basic issue of nationhood. This is one of the most important issues which we need to address urgently, be it at the state or national level. The Constitution protects every Indian’s right, no matter what religion or background.

It is pertinent to mention here, the one thing that stood out for me on my trip to Vietnam. The indefatigability of the locals must be saluted and their zest to keep going without looking back! They don’t look back at their traumatic past but only concentrate on the future. India needs to learn from that tiny nation, and the beautiful people that live there. We can never move forward if we only cling to our past!

Peace and harmony are the basic prerequisites for development, and that is lacking on all fronts. Primitive politics puts at risk the rise of a modern India. It is sad that the government didn't take much time in deciding to embrace the sectarian politics of hate, fear and intimidation. Political leaders are gaining mileage by politicising religion and gender equality.

The only ray of hope in all the chaos around us is the Supreme Court’s historic order on the Sedition law. A retired major general of the Indian army, a former Bharatiya Janata Party minister, an Opposition Lok Sabha MP, a body representing senior editors, and several journalists are among the petitioners who challenged the Constitutional validity of India’s colonial-era Sedition law in the Supreme Court. Bravo to them! 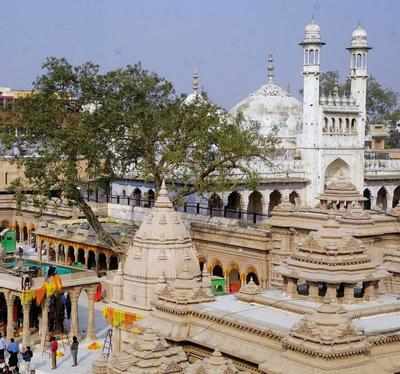