They are often victims of neglect and even cruelty

People who are sincere and hard-working, simple and quiet should be highly valued for these virtues, yet their simplicity and sincerity are often misused by others.

This can also be said about donkeys, who have much the same virtues and have suffered much the same fate. As they are less protected, in their case the mistreatment often extends to cruelty and worse.

There are over 40 million donkeys in the world, and they are among the least understood and the most mistreated creatures on our planet.

Human beings mistakenly refer to the most stupid members of their own species as donkeys. This is just not correct. In fact behavioural studies of donkeys have found them to be sincere, playful, patient and keen to learn.

The writer Premchand captured well the virtues of a donkey. “I have never seen a donkey getting angry… He is resolute and steadfast in situations of gain or loss, joy or distress, reflecting many of the virtues of wise sages. If despite this someone calls them stupid, it is a clear case of disrespect for more important virtues.”

Another famous writer Krishan Chander wrote a series of novellas on the experiences of a wise and good-hearted donkey caught in the middle of the distortions of a selfish and narrow-minded human world.

Such appreciation and understanding of donkeys is however quite rare among most human beings. We often turn a blind eye to the mistreatment of donkeys. Cruelty towards cattle or dogs may lead to intervention, but in the case of a donkey it may just be neglected.

Donkeys serve very well as pack or load animals. They are used for carrying loads of sand or bricks or clothes or any other goods. While covering the Od community known for their special skills in constructing foundations and in quarrying, I learnt about the important contribution made by their donkeys.

And in the Thar desert while reporting on water scarcity, I saw villagers going in search of water with their donkeys carrying several empty cans. When a water source was found, the cans were filled with water and if the villager had to go further ahead, the donkey would sometimes return home with the water-load entirely on his or her own.

Although donkeys fulfil such useful and trustworthy roles, they are often overloaded resulting in very painful journeys for them. If they stop for rest they are beaten. Sometimes they just collapse due to overburdened walking for long.

In fact, donkeys being docile are often a target for beating without there being much reason for this. So the ‘owner’ when frustrated or angry for reasons having nothing to do with the donkey may yet turn to beating the poor animal.

As donkeys are considered a cheaper animal, they are often underfed and veterinary care for them is neglected too. When too old or weak to work to the expected capacity, they may just be left to die.

Their meat is sometimes obtained in very cruel ways, being cut off certain body parts for cooking and processing while the animal is still alive and can still feel the pain.

The undomesticated or wild animal of this species is more frequently referred to as the ass. The wild ass is badly threatened, in fact endangered, in several of its natural habitats (mostly in desert areas) in Africa, partly due to being hunted for meat and skin or body parts.

Hence there is an urgent need for at least some persons and organizations to take up the more specialized work of protecting donkeys, asses and mules and preventing people from being cruel to them. As it has been a much neglected work so far, there is scope for very useful work to be done here.

My own concern for donkeys started when as an 11 year old school student I participated in an essay contest organized by the Society for the Prevention of Cruelty to Animals. We had been asked to write on an animal who needed compassion urgently and I chose to write on donkeys.

This essay won the coveted prize, and I was asked time and again by school friends and neighbours what I had written about. Although my small essay had been written with all the seriousness a child could summon, as soon as I told others about the subject they burst out laughing.

This is why before concluding I would like to repeat – Please take this plea on behalf of donkeys seriously. Over 4 million donkeys and asses really need more care and compassion. 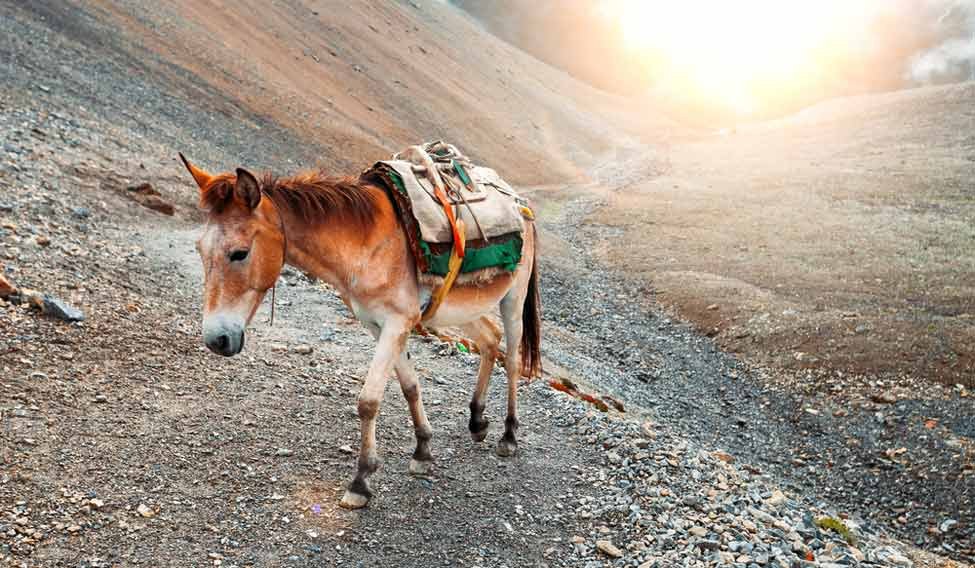