CHANDIGARH: Unlike several other states across the country that have witnessed a massive exodus of migrant labour following an unplanned lockdown in the wake of the COVID19 scare, Punjab is an exception. The poor migrant labour, mainly from Uttar Pradesh and Bihar, has not felt compelled to embark on the long march home because of a big community reach out, along with quick measures taken by the state government.

The poor in Punjab have been the worst hit, as indeed all over the country, as they have no reserves and live on daily wages.Dalits, in particular, have been worst hit as like the rest they are unable to step out of their houses to earn enough to feed their families. But are finding succour now through scores of progressive youngsters and residents with more resources who have come together to help those who need it most.

“The ethos of Punjabiyat that ensures that no one goes hungry has been playing a major role in providing much needed relief to the migrant labour as well as the poor labour force of the state which includes a large number of those from the marginalized communities. The concept of langar (community feeding) stands out as one of the finest examples of human compassion. This extends from food to clothes, utensils, dry ration and many other essentials,” said Professor Gian Singh, an expert on rural economy of Punjab whohas carried out some landmark studies on the marginalized sections.

The harvest of the wheat crop is scheduled to start by April 10. The harvest followed by procurement and transportation is one of the biggest agricultural operations that provides employment to large scale migrants as well as domestic labour. Big farmers have come out to ensure that the essential needs of the labourers are met during the intervening period.

Progressive youth organizations like Punjab Radical Students Union, Naujawan Bharat Sabha, Krantikari Pendu Mazdoor Union and several others have formed teams to reach both cooked food as well as dry rations to the poorest of the poor in the villages.This is being done on a war footing with volunteers spreading out across the state.

In a move to prevent the exodus of labourers the CM has asked all industrial units and brick kilns in the state to commence operations if they have adequate provisions to accommodate the migrant labour safely within the premises.

The government is in discussion with Radha Soami Satsang Beas for turning its bhawans into quarantine facilities so as to allow migrant labourers to stay there until the harvesting season.

The Labour Department has issued an advisory to employers and owners of private establishments not to terminate the jobs, particularly that of casual and contractual workers, from their jobs and not to deduct their wages.

While ordering the sealing of the state’s borders and announcing extension of the curfew till April 14, Amarinder has promised special insurance for Punjab Police personnel and sanitation workers.

Amarinder Singh has also allowed the Local Bodies Department to extend, by three months, the services of the 2000 odd sanitation workers, due to retire on March 31.

According to Director General of Police (DGP) Dinkar Gupta the state Police in coordination with NGOs along with social and religious organizations, has provided meals to more than 1.28 crore people in the five days of curfew till Monday morning. Additionally, the police personnel in the field have supplied dry rations to around five lakh families.

Showing foresight in context of people likely to face mental health and stress related issues, a special helpline with the number 1800 180 4104 has been launched for the citizens to connect with a network of senior doctors over tele-conference and get medical advice. Over 1800 doctors have been empanalled for this purpose.

Meanwhile, the state education minister Vijay Inder Singla has directed the education department officials to open school buildings to provide shelter for the migrant labour who have been left stranded at various places.

Gian Singh said that schools, colleges and universities can be used for shelter and quarantine purposes during this period. 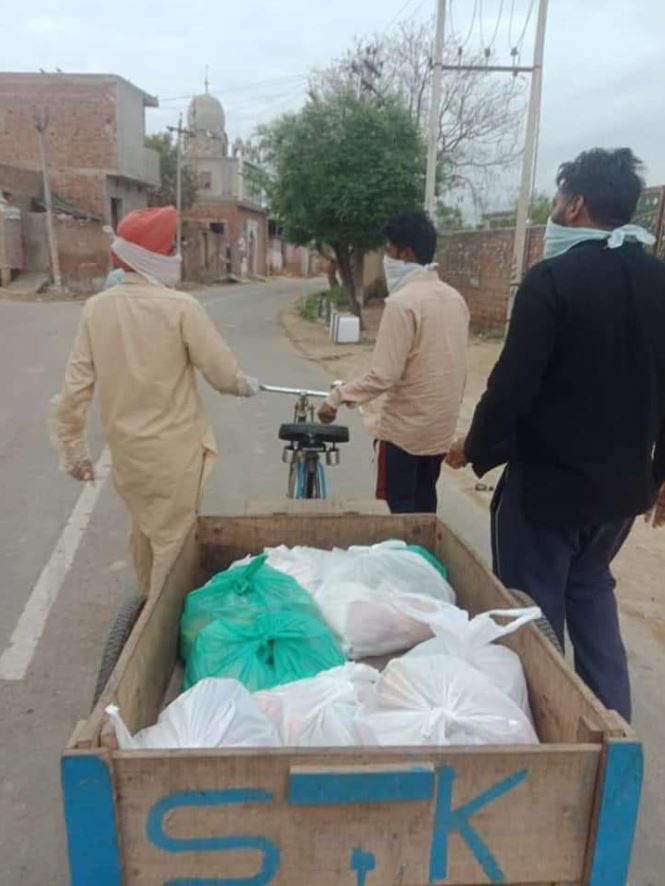