'Felt like a criminal': Covid Patient Recounts Tale of Fear and Stigmatisation

'I was feeling as if someone had put me in jail'

ASANSOL: “When I was being taken to the quarantine centre, all my neighbours, whether women, men or children, were looking at me as if I had committed some crime,” Shama Khanam said.

Khanam, 50, lives alone in Asansol, West Bengal. Her three daughters are married and her two sons live abroad. On May 5, Khanam fell ill with a fever, cold and cough. When medicines seemed to have no effect, her relatives advised her to get a check-up done from a nearby hospital.

The doctors, suspecting COVID-19, suggested she be quarantined in a centre in Salanpur. Khanam says that as she was leaving her home to go to the quarantine centre, her neighbours were standing around whispering among themselves.

“I didn't know what I had done or why they were looking at me like this. They were saying she has got Corona at an elderly age, she will not survive,” Khanam told The Citizen. “Hearing this, I wanted to cry,” she said.

Khanam was quarantined in Salanpur along with five others, including her brother and his wife. “I was feeling as if someone had put me in jail,” Khanam said, adding that the centre had no proper facilities of drinking water, food or electricity. 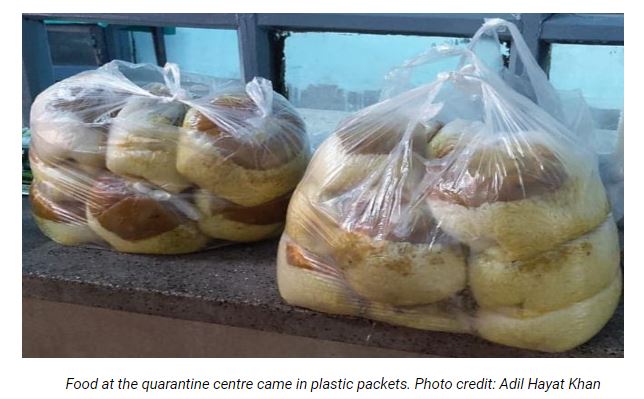 The quarantine centre had been set up in the middle of Salanpur village. Afraid that the virus would spread, the villagers were reportedly demanding that COVID-19 patients be removed from the area.

“The villagers used to say if you will not shift this patient somewhere else, then we will burn down the hospital. They used to come every night shouting for us to go back and would bang on the gates,” Khanam stated.

She added that later, the police had allowed those who tested negative to return home. Having tested positive on May 12, Khanam remained. 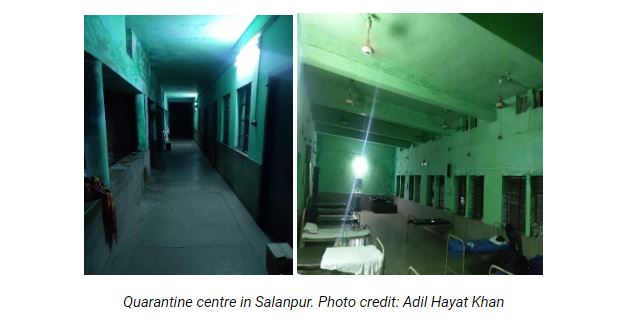 She was transferred to a hospital in Durgapur on the same day. “When I was separated from everyone (her relatives), then I started feeling more scared. My heart began beating faster. I was not able to figure out why they had brought me here,” Khanam told The Citizen. “No one told me anything clearly about what had happened to me,” she added.

Khanam had not eaten properly for three days and was weak. She said she was unable to eat upon being served, vomiting to an extent that she fainted. Over the next three days she was kept under observation, with an oxygen mask to assist her as she was experiencing difficulty in breathing.

“On the third day when I opened my eyes, I asked the doctors and nurses where I was. They told me I was a COVID patient in the hospital. Hearing this, I began crying, thinking I am alone here and that I will not survive now,” Khanam said, adding that she was not in contact with her family for 14 days, as her mobile phone had been taken away. 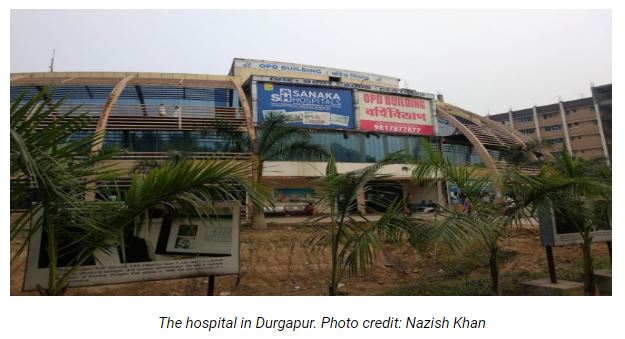 However, soon she realised that there were many other COVID patients there as well. “I felt relieved that so many people are here, this must be a good hospital… I was thinking that the doctor and nurses will behave the same way the villagers did, but no, I was wrong. They behaved very well,” she said.

Unlike her neighbours and the residents of Salanpur village, Khanam said that the medical staff at the Durgapur hospital were cooperative, constantly reassuring her that she would be fine. “They would always talk positively,” she said.

Khanam explained that she was tested every four days. Her first test was followed with medication. “Since I was not eating properly, they (medical staff) made me understand in a very nice way that this is not some big disease and if I would eat properly I would be fine. They said have whatever you want and provided me with fruits, fish, egg, chicken,” she said.

After three consecutive tests came negative, she was allowed to go home. “I was so happy, I felt like I had got a second chance at life,” she said.

Khanam returned home and was told to remain in home-quarantine for 14 days. However, Khanam said that the behaviour of her neighbours had not changed even upon her return. “They were behaving the same way they behaved on that day, I don't know what they were thinking,” she said.

Khanam added, “I can never forget the first day. Whenever I think about it, I still feel scared. Till now, I tell everyone to not ask me about it.”