The JJ Colony in Sector 5, Noida, has been suffering from the lack of certain basic amenities, infrastructure for drainage and sewage and private toilets for a very long time. The threat to their health has, however, become very potent now more than ever with the spread of COVID-19 in the area.

NOIDA: JJ Colony, an agglomeration of slums spread across Delhi and Noida, has emerged as a COVID-19 hotspot after a batch consisting of 800 houses in a slum located in Sector 5, Noida tested positive during pool testing.

Since the residents here are engaged in occupations that involve direct contact with several unknown people, it remains highly prone to the virus ---many domestic helpers, daily wagers and taxi drivers have contracted the infection.

One of the major reasons JJ colony has become a breeding ground for COVID-19 is the negligent attitude of the authorities towards the water supply. “While all other basic amenities are functional here, the problem of water still exists. We only get water supply for an hour in the morning and that too is dirty yellow water, unfit for consumption,” says Dolly, a 14-year-old resident of the slum. Many residents have registered complaints with the Noida Authority to find a solution for their water shortage but they have received no response whatsoever.

Washing hands is a luxury for the slum dwellers here, as they do not have water to drink.

Many women who reside in the slum complain about the lack of toilets attached to individual households. Nilam, after going through a pregnancy, began to notice the inefficiency of the alternative provided by the Swachh Bharat Abhiyan. “I faced a lot of problems after returning from the hospital. The lack of water and proper sanitation put my health at stake during the sensitive period following childbirth. Also, to use the bathroom we have to go to the public toilet set up by the government. The toilets are dirty and not maintained and we have complained many times, but they only come up with solutions when elections are around the corner, only to never implement their plans and promises.”, Nilam said.

Houses that are located at the centre of the slum suffer from an entirely different problem. While the houses located at the periphery are built spaciously with enough distance between them, the ones located in the middle of the slum are in close proximity with one another. Due to the congestion in this part of the slum, social distancing is extremely hard to practice.

The water drainage problem seriously damages the cleanliness quotient of this area. “Since infrastructure is very poor in the middle of the slum, the water accumulates in front of the houses and does not drain out as it should. It has been made impossible to clean out the blockage. It gets worse in the monsoons when the entire passage to our home is flooded and the dirty water becomes stagnant.”Vijendari, a 28-year-old housewife residing in the slum, said.

This part of the slum reports several health problems amongst children which can be attributed to the stagnant water, including dengue and common fever. According to a study by IIT Gandhinagar, traces of COVID-19 genes can be found in the sewage. Thus, the authorities’ negligence towards basic hygiene maintenance in JJ Colony is alarming as it exposes the slum dwellers to a higher risk of contracting the infection. 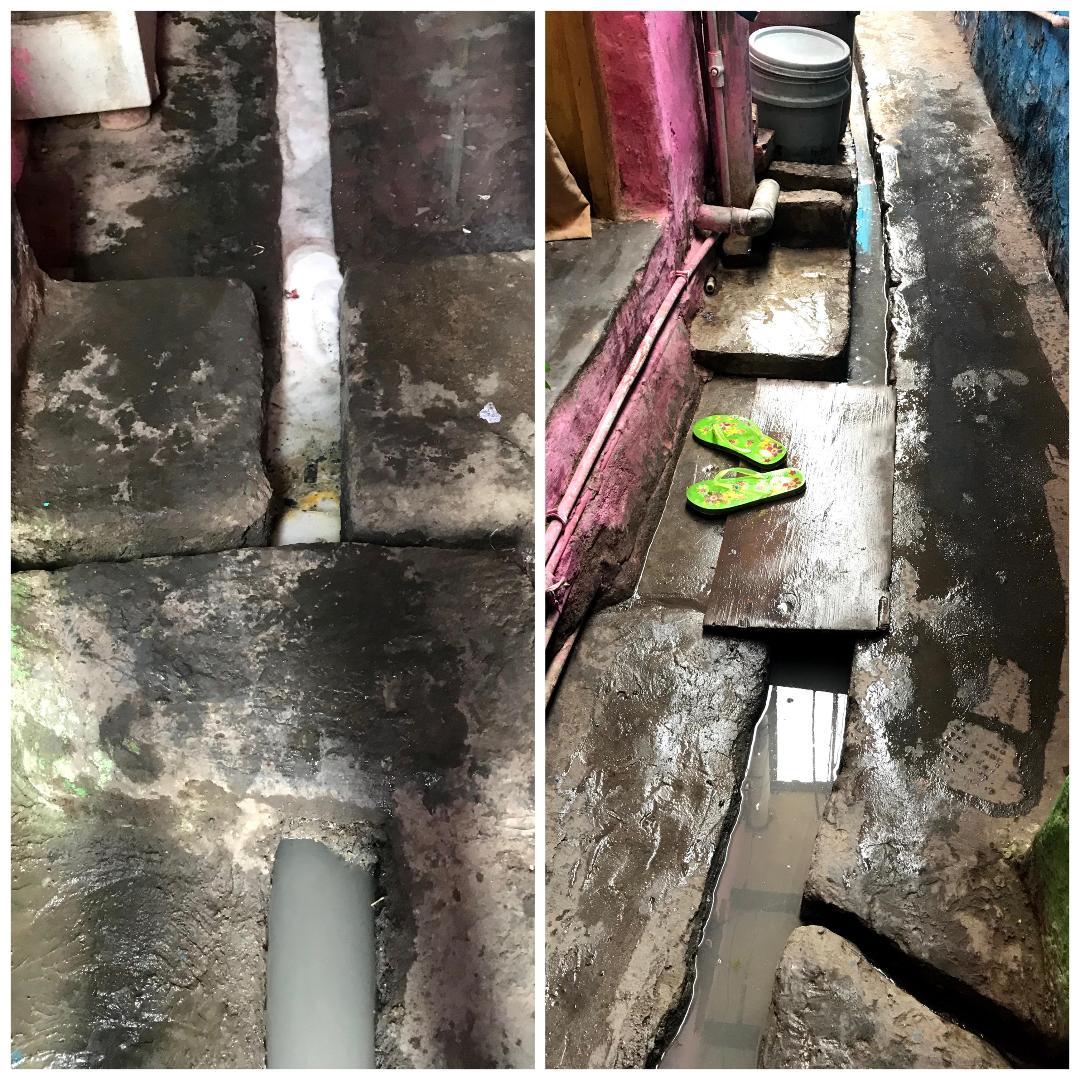 Although the area is riddled with health threats, the residents do not have access to proper healthcare services. The nearest medical facility they can access is located in Harola, which is not easy to reach, especially for a sick person. Even though there is a dispensary located near the slum, there are no doctors to attend the patients. Due to a number of issues persisting in the slum, the pandemic is spreading like wildfire in the area, with all houses being impacted.

Rather than blaming the slum dwellers for the steep hike in coronavirus cases, the authorities have to blame themselves and as a first step recognise the reasons and take immediate remedial measures.