Kashmiris have found a new love in treading Himalayan heights

ANANTNAG (Kashmir): For years, 34 year-old Amir Salati’s work schedule forced him to put all his travel plans on the back burner, given the pressures and deadlines associated with being a sports analyst. Salati knew his body and mind were in desperate need of a break, but work commitments prevented him from taking time off.

Last year, as the Indian government enforced a lockdown across Jammu and Kashmir, stripping it off its special status as well as internet services, Salati’s work schedule no longer existed -- much like the state’s special status and the internet.

“I work for a Mumbai based website and when the internet was snapped, mobile telephone suspended and lockdown enforced, I had no option but to shut down my desk and look for things to do,” Salati said.

A group of them packed their bags and took off to the mountains in South Kashmir’s Pahalgam - spending days there without worrying about their work schedules. “It was a much needed break and to be honest I am hooked to the idea [of travel into nature]. Since then, we have had two more trips, one recently during the COVID-19 lockdown,” Salati said.

Salati and his friends are among hundreds of Kashmiris who have recently discovered the joy of trekking - a phenomenon that is a byproduct of strict consecutive lockdowns.

Kashmir valley was thrown into at least three months of lockdown with the imposition of a ban on all sorts of electronic communication; shutting down mobile and landline telephony along with every type of internet service as India abrogated the autonomy of the erstwhile state of Jammu and Kashmir. Even after a year of abrogation of special status to Jammu and Kashmir, high speed Internet (4G) is yet to be restored except in two districts, one in Jammu region and another in Kashmir.

Irfan Malik, hotelier and an adventure sports organiser based in Aru village of Pahalgam says the last two years have seen a change in people, mostly locals, taking up trekking and hiking as a sport to relieve stress. With no other means of entertainment given the yearlong lockdown that initially started with last year’s August curfew, people have found a new love in treading Himalayan heights.

Even though women in Kashmir are not as exposed to trekking and adventurous outings, there has been a change on this front too. Since last year, many girls -- like Insha Younis and her elder sister who are from Shopian district -- have taken a trip to the outdoors. "I visited Kongwatan, the wildlife sanctuary of Hirpora and the Pir ki Gali mountains on three different occasions and it was a good experience to explore new places," said Younis, who is a law student at University of Kashmir. 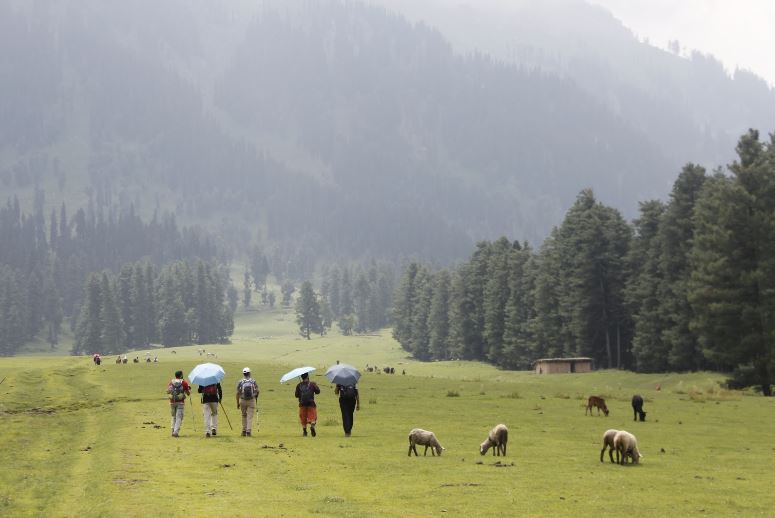 She said that her brother accompanies them for trekking. "Political uncertainty is a long lasting thing, it will prevail but restricting ourselves to four walls isn't a solution," she explained.

“Trekking and hiking in the Kashmir region had seen a slight flip since 2010 when the yearly agitations would lead to frequent shutdowns for months together in the valley, but since last year there is definitely a surge in people going for trekking and hiking trips,” said Malik.

“The majority of trekkers since last year were first-timers and it did not remain limited to youngsters only but even middle-aged men scaled the Himalayan mountains which is a positive sign for the adventure sports sector. [Some of] the credit goes to social media platforms mostly as the pictures and videos of serene high altitude lakes and meadows can attract any nature lover and adventurer easily which people upload on their personal profiles,” Irfan told The Citizen.

In Kashmir there was a slight increase in the number of domestic violence cases and suicides during the Covid-19 lockdown. Experts say this uptick is because of depression and hardship. According to the National Crime Records Bureau report, 2.1 persons per a lakh of the population that is 284 persons have died by suicide in the year 2019 in Jammu and Kashmir.

Perhaps the call to nature is a way for Kashmiris - trapped within the confines of four walls - to cope with the mounting pressures of successive lockdowns and a hard-hit economy.

Adil Hussain Lone, a teacher by profession, said, “I went to Kausarnag trek this summer along with my school staff and the beauty was obviously spell bounding but what stunned me was the number of people who had turned up to the place, trekking for hours through the rugged and tall mountains of Pir Panjal range. I had no idea that such a large number of people would climb these mighty remote places just for the love of nature.”

“Initially, I felt hesitant to climb since it was my first instance, but as soon as we reached the Kousarnag lake, which is 13000 feet above sea level, all the physical and mental fatigue of hours of trek waned off instantly. I am deeply in love with the place now and intend to take such treks again in the next season,” he said. 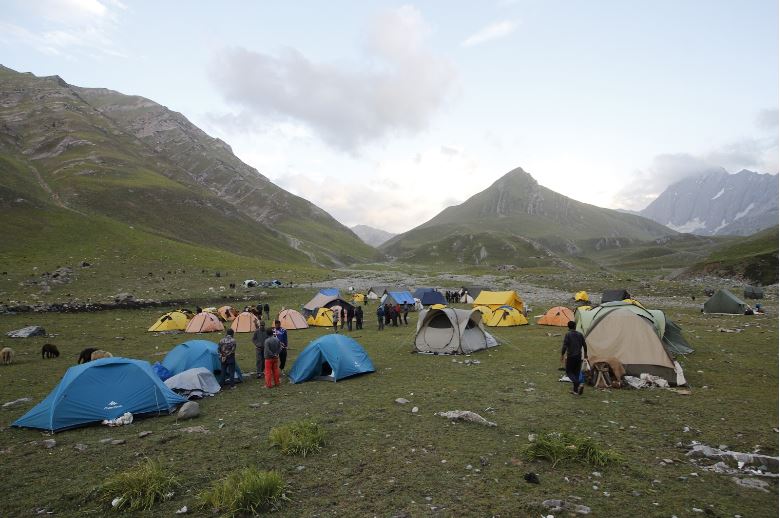 Senior journalist Jehangir Ali has also found new love in the mountains. Ali, now an avid trekker, often takes to social media after a trek - posting videos and pictures of his trips to the highlands to Facebook and Instagram over the last few years. He has been able to convince many of his friends to join him for such outings now.

"It is a liberating experience. In those days and nights, you just forget the suffocation in the air (due to massive troop deployment everywhere you go in the valley). I think it was precisely the reason why more and more youngsters are going into the woods; to find some meaning in their lives, to find solace and peace and to maintain sanity. Mountains also make you realise your worthlessness! They make you humble, they make you understand your insignificance in front of your creator," Ali tells The Citizen.

Like Ali, fellow journalist and senior editor Najeeb Mbarki, has also found a passion for trekking. “Since long, I wished to go trekking but the work schedule didn't allow it. I am returning from a trekking place in Pahalgam and we earlier trekked to Kousarnag in Shopian," he said.

Dr Javid Ahmad Sheikh, a psychiatrist posted at government medical college Anantnag, says that due to the constant lock down post August 5 and then due to Covid-19, more than 80 per cent people here are in deep stress." The stress leads to behavioural changes. Some people take positive things like swimming, trekking, walking, cycling or painting to avoid stress but others do drugs -- minimum cigarette and maximum morphine and heroin," he said.

Sheikh added that trekking and mountaineering is a good way to remain physically and mentally fit. For Kashmiris who have found respite in trekking - the experience has been transformative.