Child labourers and the pandemic

NEW DELHI: In the narrow lanes of Batla House, a busy market in southeast Delhi, few people wear protective masks. For a moment one feels here that the world is smoothly functioning, and we have yet to be struck by Covid-19.

Mohammad Dilawar sells biryani on Nafees Road, with three child helpers. He says that since the pandemic adult labourers are in short supply, but the flow of child labourers has increased.

“In September alone, 12 children came to me asking for work but I was only able to keep these three,” he tells The Citizen.

While there is not much substantive information in the public domain on the pandemic’s impact on child labourers in India, our field work suggests that Covid-19 has forced a significant number of kids into the labour market.

According to Priti Mahara, director of policy research and advocacy at Child Rights and You, the pandemic “has negatively impacted an already struggling Indian economy. This translated to economic insecurity in households either due to death of earning members, loss of work and wages, or reduced employment opportunities especially for vulnerable communities.

“Thus, there are strong chances of children being forced to enter manual or unskilled labour to compensate for the economic loss and/or supplement family income”.

While recent years had seen significant progress made in reducing child labour, there were early speculations by the International Labour Organisation that Covid-19 would undo a lot of it. The United Nations Children Emergency Fund or UNICEF also warned that the pandemic would push millions of children into the grip of wage labour, and increase the working hours of those already trapped inside.

Despite these warnings, government assistance to working Indian families in the wake of the mismanaged pandemic has been minimal.

Outside the Jamia Cooperative Bank, 12 year old A— tries to grab customers’ attention by loudly calling “Lelo bag lelo, sirf das rupay mein lelo!” He agrees to talk to us if we purchase a bag from him.

“As the schools remained closed, my father sent me to Delhi for work,” he explains. “After returning to Ghaziabad from Delhi, Abbu had no work for months and we were struggling for food and water.”

We tell him he should return home and continue his education. “Padhayi se kya hoga, jab paet hi khali rehta hai to paisa kamana padta hai.” —What’s the point of studying? When you’re hungry all the time you have to earn money— he retorts.

The 2011 census recorded 4.4 million main workers and 5.8 million marginal workers between 5 and 14 years of age in India. The number of adolescent workers (aged 15 to 18) was 22.9 million, bringing the total to around 33 million. Around 200 million Indians were 14 or younger at the time.

62% of child labourers aged 5 to 14 are employed in agriculture, forestry or fishing, closely followed by industries and services. Children are also trapped in the ‘worst forms of child labour’ including forced labour, bonded labour, children being used, procured or offered for prostitution, pornography and trafficking of drugs. The more recent Periodic Labour Force Survey 2017-18 found a total of 8.4 million boys and 6.9 million girls aged 5 to 14 reported not going to school and working as helpers in family enterprises.

On the Sir Syed road in Jamia Nagar, we met M—, a 14 year old with bright eyes from Bijnor, Uttar Pradesh, who works in a welding house. He said the coming of Covid-19 snatched fairy times from his life and forced him to leave his village.

“In my dreams, I see myself walking to school but once I wake up in the morning, the thought of sustaining my family lets those dreams never turn into reality,” he said in a halting voice. With holes visible in his clothes, perhaps from the welding process, he lives with six men from his hometown in a rented single room that measures 10 by 12 feet.

The Economic Survey Report 2019-20 estimates that nearly 80% of wage workers in India are employed in the “unorganised sector”, with limited access to social security measures or employment benefits. The demand for children in manual work in agriculture, home-based enterprises and small-scale businesses might increase rapidly in the new precarious economy.

It was widely reported last year how several Indian states, including those with a high prevalence of child and adolescent labour, made significant concessions to business owners in their labour laws, including extending work hours from 8 to 12 hours per day, limiting the time for rest, reducing or eliminating inspections and monitoring by authorities, and further restricting grievance redress mechanisms and collective bargaining through labour unions.

Although the labour laws for children and women remain unchanged, the effect on adult workers is likely to have a negative spillover effect, especially on adolescent workers. Children are always considered as ‘cheap labour’ and vastly preferred and employed by business owners. Absent adult labourers in urban areas, many of whom have returned to their native places, the demand for children and adolescents may be on the rise.

Swarms of dirty flies abound in the patchy and bumpy lanes of Okhla Vihar market, located just two kilometres from the Jamia Millia Islamia University. It is full of child workers. At a tea stall we find a smart and charming child, N—, asking customers what they want, tea, samosa, bread pakoda?

A 13 year old from Firozabad, N— says he has been working in the tea stall for the last four months.

“As the government imposed lockdown, my father fell from an overloaded truck while returning home from Delhi, damaging his eyesight… As the cost of medicine increased along with debts that we incurred due to lockdown, my elder brother and I started desperately looking for a job once the government relaxed the lockdown measures,” he explains, adjusting the collar of his faded red shirt.

For a meagre 4,000 rupees every month N— works tirelessly from 11 in the morning until midnight. The extraction of such huge labour from these children at paltry amounts speaks to how circumstances both at home and outside have deteriorated.

In the Zakir Nagar area, which is dotted with mosques and its alleys filled with aroma of food and sweets, we meet a chubby boy, T—, with two water cans tied to the carrier of his rusty bicycle. 15 years old, he hails from Moradabad. Struggling to carry the heavy load, he sells filtered water in the nearby areas, which have not been provided with a clean water supply.

“From each water-can that I sell for Rs.20 I manage to earn Rs.10 and my target for the day remains to sell more and more of it. The situation became so bad after the pandemic that we had little money to fill our bellies. This situation forced me to work here,” he explains.

The closure of schools has only exacerbated the risk of increasing the number of working children, since those forced to drop out will either be directly supporting their families, or be caught in trafficking, begging, debt bondage and other inhuman work conditions. In rural areas, with fewer helping hands available especially in times of harvesting and marketing, more children will likely be engaged in the fields.

Outside the four-storeyed white Khaleeluh Masjid in the interiors of Batla House, S— works in a tea stall. “We are five siblings and my mother is not keeping well and my father has ordered me to work. My father gets happy when I contribute some money on a monthly basis to him.”

Despite the winter chill, he has on only a light pair of clothes with rubber slippers, showing what Covid-19 has wrought on the lives of children particularly those from low-wealth families.

Child labour does not only lead to lost childhoods. Since many of these children work in difficult, often dangerous environments, their overall nutrition and health also suffer, leaving them vulnerable to various illnesses besides Covid-19.

M—, a lean 13 year old from Bihar, works as a delivery boy in a grocery store in Okhla Vihar. The pandemic snatched everything from him, as he lost both his parents to the deadly virus.

“I came to Delhi to feed my belly and to continue fighting for life,” he says, lifting a bag of rice on his tender shoulders.

Addressing the health conditions of adults will enable them to work without compromising household security. Social security schemes such as pension provision, rations through the public distribution system, extending livelihood and employment opportunities, unemployment support and other anti-poverty measures will help these families sustain themselves.

Our governments must also ensure the continuation of education for all children, especially those from marginalised households. The efforts being made to continue education through remote learning must be extended, with assistance to children who do not have phones, internet, and other media, and schools must be reopened wherever it is safe to do so.

These children are at high risk of dropping out of education, and community level child protection mechanisms including the village child protection committees, along with Panchayati Raj Institutions, School Management Committees must track every child in their villages and ensure their safety, especially from trafficking, marriage and forced labour.

Stringent enforcement of the child labour law, and extending the Integrated Child Protection Services infrastructure is critical to safeguard children from the impact of Covid-19 and the economic recession.

The government should also open special training centres with bridge classes while maintaining distancing and other norms to help children make up for the academic loss.

Civil society organisations can strengthen state efforts especially in identifying vulnerable children and generating awareness, and acting as a channel for children’s voices. They can also play a huge role in reaching out to the last mile, to help the state deliver to these children and their families what they are owed. 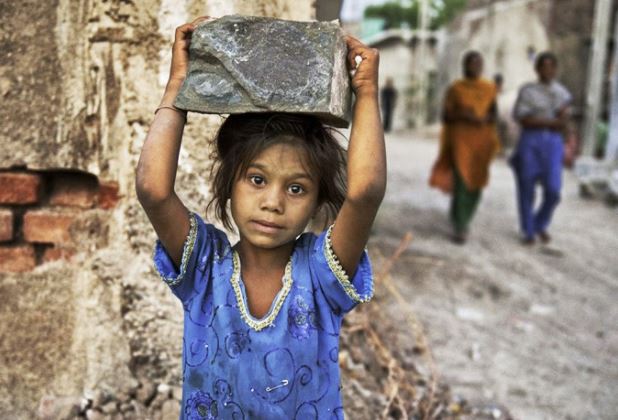 Myths and Fears Around the Vaccine