‘She can be likened to a deer in the headlights. Seemingly normal, to the detached eye she’s just another emaciated woman walking absent minded across the road, clutching her belongings tight. Beyond this silhouette, however, is an individual surviving in an alternate reality, with a sense of impending doom, largely oblivious to the present, and it to her. A speeding vehicle hits her and rambles on, leaving her injured in the corner, too weak to scream. Limping her way across to a somewhat safe location, she lies in wait with a fractured foot for days, maybe weeks. Blinding dark and flashing lights blur her vision of the hand that finally reaches out to her.’

Over the years, homeless persons with mental illness (HPWMI) have become a ubiquitous part of metropolitan cities, which unfortunately provide only a unidimensional perspective to the who, what and why of our existence. For a seemingly indifferent society, there are very few of us, all with the same past, present and future. In reality though, there are a quarter million of us, each with a unique history, personality, needs, aspirations and life trajectory.

The failure to address the needs of HPWMI can be traced back to a fundamental flaw in how we perceive marginalised populations, equating them with a global and stable state, inherent within a given population, presenting people as victims of their own fate with little agency. Solutions to this are presented as a need for action by states and others. In India, an example of how this approach dictates the fates of millions can be seen in the regressive, colonial Beggary and Vagrancy Laws carried forward by the legal system after Independence.

Present-day beggary laws are steeped in imperialistic, neoliberal principles that perpetuate the idea of the superiority of one cohort over another based on superficial standards of appearance, behaviour, notions of productivity, which are repeatedly exploited to punish impoverishment and dispossession.

By putting the onus on individuals who work in begging or appear ‘destitute, seeking alms’, the law is a classic case of the state veiling its failure to fulfil its constitutional obligations towards the vulnerable.

Over 20 state assemblies have enacted anti-beggary laws, and their features are largely similar. They criminalise begging, and let the police arrest and punish people on charges of beggary, irrespective of their physical, economic or psychological state. Instead of being given support, people end up being punished or imprisoned.

Everyone who is homeless is vulnerable; yet more vulnerable are those who are homeless and experiencing mental illness. Under the Bombay Prevention of Begging Act 1959, begging is defined as ‘having no visible means of subsistence and wandering about or remaining in any public place in such condition or manner, as makes it likely that the person doing so exist by soliciting or receiving alms’.

The scope of the definition is sufficient for someone with mental illness to be detained under the law. If arrested under this law, you may be sentenced to detention for a period ranging from 1 to 10 years, depending on whether it is a first or repeat offence.

Further, under special circumstances, if it is concluded that you are incurably helpless and will not be able to come out of begging, your detention may be extended indefinitely through a Special Appeal process.

In the case of persons with mental illness, most are vulnerable to indefinite detention. Deprived of access to mental healthcare services and left to circumstances beyond their control on the streets, HPWMI are often prosecuted as ‘repeat-offenders’.

If a person with mental illness is detained for 1 year for wandering around aimlessly, on the second occasion that they are detained the law permits detention for up to 10 years, for ‘having not recovered’ from illness. They may further be detained for a lifetime, without any mental healthcare being provided to them.

Owing to the lack of support systems and lack of attempts to trace family or relatives, people after being released often have nowhere to go, and return to living on the streets. The lack of support or safe spaces leaves them with little control over their lives, increasing the risk of mental illness or worsening existing health conditions, exposing them to greater risk of abuse and exploitation.

Occasionally, people who live on the streets amid all the difficulties, hostilities and exploitation are identified by a concerned citizen or civil society organisation and get referred for treatment. But when the same person is arrested under the Beggary Law, there is no support for recovery or to address their individual well being. They are taken out of sight and put behind the walls of the institution, making them invisible.

Until a decade ago the support systems available to HPWMI were restricted to prolonged institutionalisation in government-run mental hospitals, rehabilitation homes, homeless shelters, beggars’ homes and NGOs including religious establishments, each with its strengths and opportunities for improvement.

In the past five or so years there has been a moving away from institutionalised care to models of community-based care, predominantly through family reintegration. While this is a welcome change, it does not consider HPWMI without families, those unable to identify their families, or those whose families are disinclined to take them back or vice versa.

It also quietly yet significantly puts in harm’s way people with abusive families, especially women, by tacitly coercing them into an unsafe environment, leading to recurring homelessness, ill health, or in several cases, early mortality and death by suicide.

The need of the hour is person-centric care, and access to a wide variety of rehabilitation options, through a coordinated and intersectoral effort by the central and state ministries of health and family welfare, social welfare and justice, education and housing, and revenue departments at the panchayat, taluk, district levels.

In India, there is an estimated care gap of 80% with little to no service provision in rural and tribal areas. Under the Mental Healthcare Act of 2017 (MHCA) access to care is recognised as a human right, mandating all states to provide mental health services at government establishments. This needs to be urgently implemented not just for institutionalised support, but with a focus on primary mental healthcare provision.

Contextualised interventions at the state and union level would have a ripple effect on the discourse of rights, and enable a rethinking and reimagining of existing laws from a more humane and intersectoral perspective. Such a response would foster the creation of a more empathic and inclusive society. 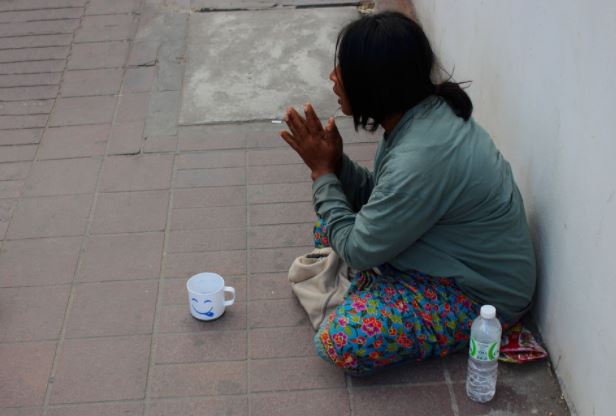 Archana Padmakar is adjunct faculty at the Sundram Fasteners School of Applied Psychology and lead at the Center for Emergency Care and Recovery, The Banyan. She has experience of diverse clinical settings and is involved in scaling up the emergency care and recovery centre approach

Mrinalini Ravi is co-lead at the Sundram Fasteners Centre for Social Action and Research, Banyan Academy, and leads the partnership’s portfolio at The Banyan. Besides research she is engaged in addressing the concerns of people who are disadvantaged, homeless, and living with severe mental illnesses

Curated by the Centre for Mental Health Law and Policy