To avoid any possible contact, they are served from a ‘safe’ distance

One of the main objectives of the midday meal scheme, apart from improving the nutritional health of children, is to promote social equity by having students from different social backgrounds sit and eat together. But reality remains far from this intention. The goal of interdining is regularly breached by social bias stemmed in the caste system of India, as evident from countless incidents and abundant reports received in the past decade.

Caste segregation and discrimination is transparently visible in the treatment of the lowered caste constituents of this system. Children from these families are made to sit separately, and cooks from the lowered castes are deemed highly unacceptable by dominant caste parents who refuse to accept their services.

They attach a sense of impurity and untouchability to them, which typically forces students to bring their own utensils, or keep themselves and their utensils distant from upper class children by default.

To avoid any possible contact, they are even served from a ‘safe’ distance.

Another problem is the low-quality food knowingly and deliberately served to children. While the poor quality of food is a common issue, dominant caste children are served first and get the better bits, while lowered caste kids are left with whatever they can get their hands on.

This prioritisation never goes the other way and remains dependent on caste, often extended to religious minorities. Any resistance to such social order has terrible consequences for the kids, in the form of scolding and aggression.

Because of such discrimination, specialised services such as the Supplementary Nutritional Programme for malnourished children are often denied to those who belong to lowered castes, who are more likely to suffer undernutrition. Even if they are included, studies show, they are made to feel undesirable and unworthy of gaining positively from these schemes.

All these factors, along with other frequently reported forms of casteist, communal or sexist harassment, result in lowered rates of participation by children and thus higher rates of dropouts on the basis of identities. 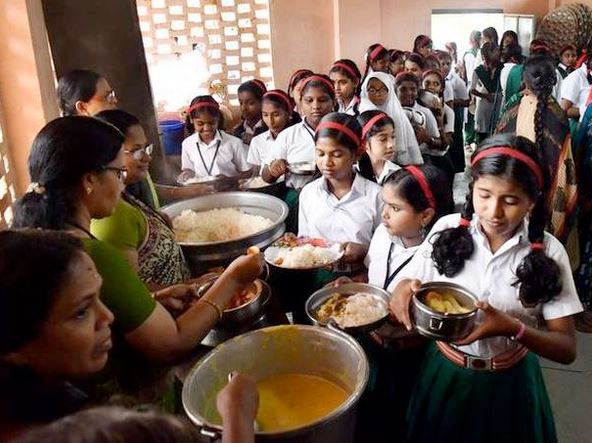 Complaints around the issue are incessant and now standard to the authorities in charge. By contrast, complaints by dominant caste individuals pertain to questions of equality: equality with those they have long considered to be the opposite of pure, communities with whom they find it absolutely intolerable to be sharing spaces, people they consider suitable to be placed at the margins of society.

In recent years their major argument is to disapprove the provision of eggs in midday meals. Eggs are an essential and wholesome source of nutrition but the growing emphasis laid on vegetarianism among the Hindu upper castes magnifies the problems when food is to be distributed among segregations of mixed social backgrounds.

The political opinion on this complication favors the orthodox religious opinion over medical science. The health benefits of including eggs in the diets of growing children are well known. Moreover, eggs are a thought through means of providing maximum nutritional value at reasonable cost.

While the midday meal scheme can concurrently ensure the right to food, right to education and right to employment, such discrimination has put it on the backfoot. 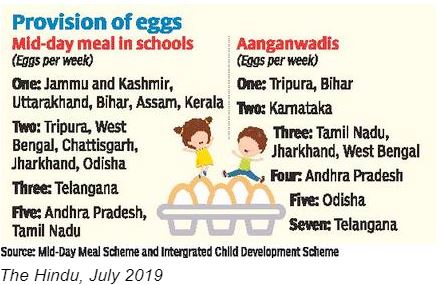 Location is also an important factor determining school attendance and access to a nutritious midday meal. When the absolute location is determined in the light of relativity with the surrounding neighbourhood, the dominance of one caste occupying the space discourages the presence of other caste groups.

And visibly, the Dalit colonies are never preferred by the other castes, to be visited even for the basic needs of education.

While cases of discrimination are rampant, there exist some findings in support of the MDMS objective of promoting equality in schools.

Besides the many struggles of Dalit students and cooks, there are fluctuations in the count of positions of MDMS in-charge acquired by people from the disadvantaged castes. Highered caste individuals are preferred for the role of in-charge, undoubtedly a catalyst for social exclusion. And often even the small numbers of lowered caste in-charges are unable to avoid the discrimination which has become standard practice, unquestionable by default.

Some parents from upper caste homes justify their discrimination with religious notions. They cite the risk that their children will be polluted and even fall ill due to interaction with lowered caste children.

From the largest to smallest steps of structure, caste segregation and differences influence the functioning of the social blend. The mental abuse this can cause needs to be considered, given its significance when the ‘impacts’ of MDMS are counted.

The roots of caste discrimination are deep in our society, but perceptions can be altered by actively adopting strategies to promote social equity. Some years ago in Mandi, Himachal Pradesh, a campaign called ‘Discrimination Free Education’ was launched to counter the casteism witnessed in MDMS and to sensitise the school management committees on the importance of creating a feeling of equality among children in schools.

The removal of cooks based on their caste is also being closely monitored and verified for reasonable issues of termination. Similar steps need to be taken to reduce the frequent violent behaviour after petty issues like ‘untouchables’ coming into contact with the belongings of the privileged castes. The official reports need to be more realistic and subjective in nature, bringing a social aspect in addition to numerical data.

At this point of time, it is necessary to acknowledge the colossal change this system has experienced due to the global pandemic.

A recent report by UNICEF affirms that ‘In India, the Midday Meals Scheme has been shown to decrease calorie deficits in children by 30 per cent’. Yet the Union government recently announced it would not extend the scheme to include breakfast, citing budget constraints. In the same week it unveiled plans to buy 30 armed drones from the USA worth Rs 22,000 crore.

The share of such deficits is bound to affect the erstwhile discriminated lower caste children in a manner worse than pre-pandemic times. The fact stares back at the authorities involved with MDMS. They must amplify their efforts, and adopt strategies befitting this new era of food security programmes and state-led redistribution and support to the disadvantaged sections of society.

Vibhuthi Bhardwaj is a postgraduate student at the Ambedkar University, Delhi
Nand Lal Mishra is a doctoral fellow at the International Institute for Population Sciences, Mumbai 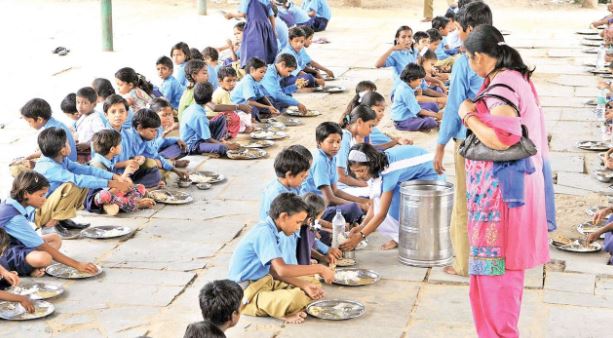 ‘People with Disabilities Should Not Be Only at the Receiving End’