Is it a war only against the virus, or against mismanaged government?

On a usual day, you walk into the AIIMS casualty, it is buzzing with patients everywhere. Residents scrambling from pillar to post to sort out patient issues. Working in a superspeciality department, I receive calls almost once every 10-15 minutes, asking me to assess my patients and plan further lines of care and management. It is a stressful job, yet it is what we were trained here to do and that’s where our passion resided.

As the days progressed, the calls on my mobile drastically came down, not because there were no patients, but because the numbers of Covid positives were exponentially rising. With time the numbers just kept increasing and due to the unavailability of beds, patients had to be kept in the emergency ward itself.

The level-III PPE kits were back. Grim faces and uncertainty loomed over us. The lines of patients just kept increasing; admissions just couldn’t happen from a lack of beds. Patients requesting and pleading for admission after being shuttled from various hospitals.. The scenes were stressful and depressing. We wanted to help, but we stood helpless and defeated.

Many said the healthcare system of this country had collapsed, I kept asking myself, when did it collapse? “It never did, it just stands EXPOSED”.

Where do we start? Who do we blame? We have failed at every organisational level possible. We recently saw a celebrated post by NASA which claims to have produced oxygen for the first time in the Martian environment. Despite a celebrated advance in science, a nation of 1.3 billion people finds itself scrambling for oxygen. A cruel irony it is.

We all know it is not the time to play the blame game and rather fight with this unprecedented crisis with unity and resolve. Yet we need to stand up and question, where and when did we really go wrong?

Every pandemic we have seen till date, from the Spanish flu to the recent H1N1, did see relapses happen. So, for a country like India, wasn’t it foreseen? When so many countries in the West have been experiencing a resurgence in caseload, didn’t we see this coming? Why are we caught so off guard?

We did see a lot of commotion in the first wave. Our government kept ensuring us that we were doing much better than other countries. When needed hotels and stadiums were turning into makeshift hospitals, and when the caseload came down everything was again back to normal. Money was shunted to open the world’s largest stadium, money was shunted to begin the prestigious Central Vista project for our glorified political class, and as usual election fever gripped the country and Covid-19 was almost forgotten - until it made its grand reentry with various mutant strains.

The discussion of lack of ventilators and oxygen was well highlighted during the first wave as well. The virus was kind enough to give you almost a year to act. But apart from rolling out vaccines, we never bothered to strengthen the basic pillars of healthcare infrastructure. Not a single stone has moved, be it hospitals, ventilators or healthcare staff.

For a healthcare worker, they are only filled with anguish and pain seeing patients suffer. It takes a heavy mental toll to see patients die right in front of you, not because of your inabilities, but because you are unable to provide the most basic and essential supply, of Oxygen.

The decision makers of this country were busy attending rallies and roadshows to ensure their parties’ victory and did not stop even when the surge was evident and warnings were thrown. The prime minister’s short televised address to the nation was sombre and lacklustre; he was confused, clueless and appalled. The PM and Union home minister addressed rallies in West Bengal packed so big that he said he hadn’t seen one before, at a time when people were dying and crying for help.

This almighty second wave has just begun. Our government looks like a hare frozen in the headlights. Never stop your questions from being brushed under the carpet of warm ashes piling up at crematoriums. If oxygen tankers are being airlifted by the air force, and green corridors being made under security cover to transport basic oxygen, this is nothing less than a warlike situation.

Is it a war only against the virus, or against mismanaged government? Only time will tell. But let us all stand tall and positive in these tough times - I can assure you that every healthcare worker is doing their best to save every precious life of their fellow human beings - and hope we overcome this crisis at the earliest with minimum loss of life.

Hope at least now the elite political class takes note of the deplorable state of healthcare in this country, and gives it due importance before it is too late, again. 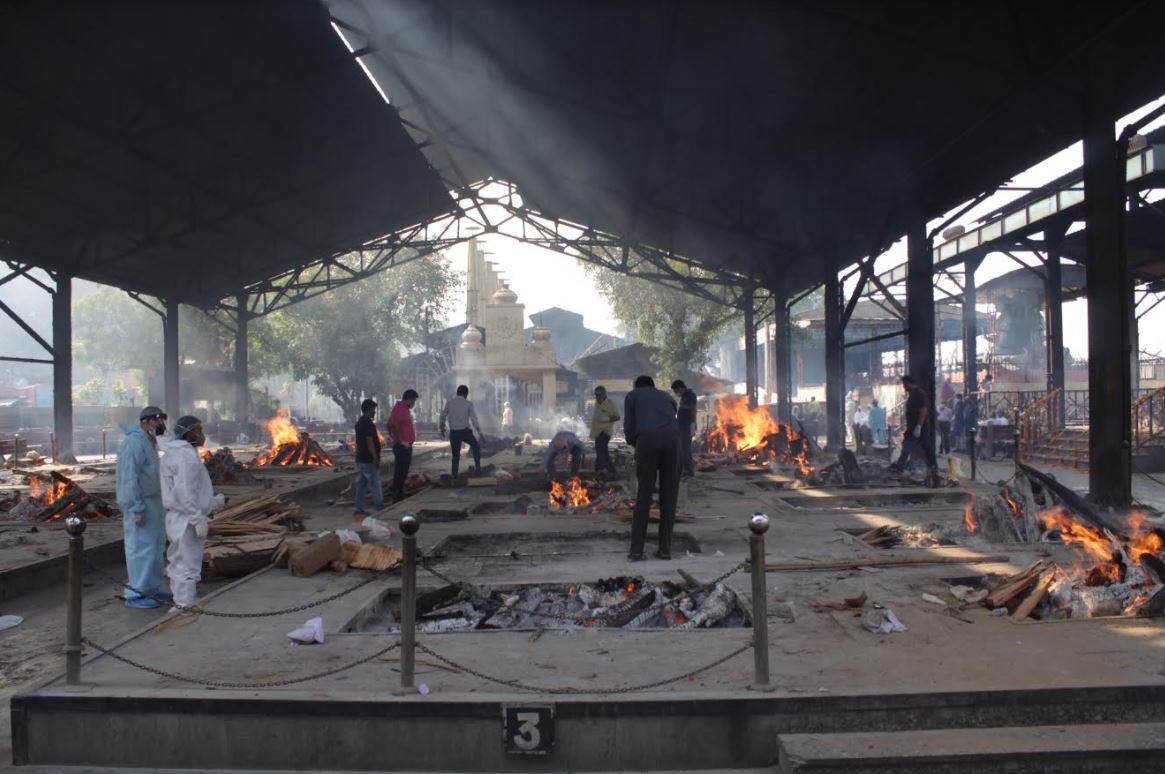