A nightmarish PR disaster for India

Till recently dozens of cheerleaders and talking heads were shouting from the rooftops what a great job India had done in battling Covid-19: kept the total number of infected people low and the survival rate high; rolled out a nationwide vaccination programme with Covaxin of Bharat Biotech and Covishield licensed to the Serum Institute of India; and had sent vaccines to over 80 developing countries including our neighbours generating huge goodwill.

Some were patting themselves on the back for the success of this imaginative ‘vaccine diplomacy’. We felt further puffed up when the first Quad Virtual Summit on February 4 recognised India’s potential as ‘the pharmacy of the world’ and envisaged the production of 1 billion vaccine doses in India with help from the USA, Japan and Australia for supply to countries in southeast Asia in the coming year.

What we were wrong about was our assumption that the fight against Covid-19 was almost over, and lowered our guards. By the middle of March, most hotels, malls, clubs, restaurants, salons and gyms, cinema halls, parks were allowed to operate with certain restrictions on numbers.

All this gave the impression that things were returning to normal. But they weren’t.

What a devastating turn the Corona crisis has taken in India in the last two months! For three days in a row India has registered over 3 lakh new cases daily, making it the world’s worst infected country at the moment. The spike has also exposed the faultlines and grim ground realities. New mutants have emerged. Many countries have banned flights from India. Hospitals don’t have enough beds, there is acute shortage of oxygen. Several industrialists have come forward to offer their oxygen stock for hospital use. The defence ministry has stepped in and is airlifting oxygen from Singapore and the UAE.

Although the Union government has decided to vaccinate everyone above 18 years of age, there isn’t enough vaccine stock. Only 9% of Indians have received one vaccine dose, and just 1% are vaccinated fully. The Serum Institute and Bharat Biotech are willing to ramp up their production but say they can’t unless the US relaxes supply restrictions on 35 basic ingredients.

US president Biden invoked the Defence Production Act on February 5 to ensure the availability of critical material for producing vaccines at the required scale, which resonates well even with supporters of the ‘America First’ slogan of his predecessor. A White House spokesperson put it pithily: ‘We have a special responsibility to the American people.’

The UK and Germany have offered plenty of sympathy and vague assurances but little else. Only France, Russia and China have openly offered to supply India with vaccines. But with bitter memories of the bloody confrontation on the LAC last June still fresh, the Government of India is, understandably, unlikely to accept China’s help.

The current crises and accompanying shortages and chaos are a nightmarish PR disaster for India. You open any foreign channel or leading publication, and India’s crisis is the lead story. Visuals of open mass cremations beamed to billions of homes all over the world, of hundreds of patients gasping for oxygen, helpless relatives rushing from one hospital to another, puncture India’s much touted image of a superpower in the making.

And while supporters and opponents of the Union and State governments will go on blaming each other, a dispassionate observer would flag the following factors as largely responsible for the current spike in infections and deaths:

- A long spell of State elections where tens of thousands of people attended rallies and mega meetings, mostly without masks

- Utterly callous, irresponsible and brazenly indisciplined youth the vast majority of whom have been moving around for weeks without masks, wearing their foolish machismo on their sleeves

- No ban on entry to parks without masks

- Failure of governments to enforce mask and distancing compliance in shops

- A casual attitude to fining mask violators: fining people inside their cars at the airport but avoiding food courts or parks where hundreds of people gather without masks

- Overestimating the capabilities of India’s healthcare sector and its vaccine manufacturing capacity to handle the pandemic, and grossly underestimating the requirements for vaccinating over 1 billion people.

As for vaccine exports, there is nothing wrong in wanting to help poor countries, especially our neighbours and countries in Africa. But charity begins at home! It’s India First! Indians have the first right on vaccines available in India before we volunteer to help our friends abroad.

We may not like it but that’s what the US is doing. And it would be prudent for us to draw a simple lesson from the American response: colourful, rockstar like mega events attended by thousands vociferous fans may be fascinating spectacles, but when the chips are down these spectacles don’t matter. For the decision makers, their country’s interests comes first, that’s their top priority.

Can we really fault that approach?

In distressing and depressing days and pervasive atmospheres of doom and gloom, the Sikh community has once more opened its heart and come forward to extend its help. A gurdwara in Indirapuram has started ‘oxygen langar’, making oxygen available to acutely needy patients. And several mosques in Mumbai have partnered with Red Cross Red Crescent to provide oxygen cylinders to those in need.

India brings out its best when in emergency. Hopefully, united as a nation, we will get the better of this deadly disease. 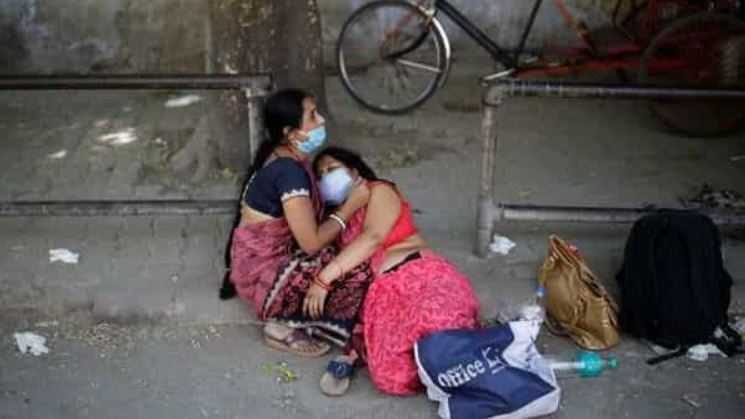