“The Corona virus has not made the health system collapse, it has exposed the already collapsed system” said Dr Kafeel Khan in an interview to The Citizen.

In three years Dr Kafeel Khan has gone through what even criminals often do not have to in a lifetime, simply for trying to prevent children from dying because of lack of oxygen in a hospital in Gorakhpur. He was the one doctor seen by the media (unfortunately as it turned out) rushing from pillar to post to get oxygen for his little patients suffering from encephalitis, and for whom oxygen was the only cure.

To cut his long story short, he has served jail sentences with the last being particularly horrendous, his brothers have paid the price as has his mother, wife and children. All because he spotlighted the administrative failure to ensure a steady stream of oxygen for the children admitted in the BRD Medical College.He said at that time that he just could not see the children die gasping for breath, and that it had been the most difficult time for him as a doctor. Since then of course he has not just been imprisoned, but also suspended.

In 2021 the oxygen tragedy has occurred on a national scale, with doctors breaking down as they see patients die because of the acute shortage, and hospitals sending SOS messages to journalists and others for help in procuring this basic life saving medicine. Reports of people dying inside and outside hospitals because of the shortage of oxygen are being headlined in the media on a daily basis, but even as politicians blame each other and the courts try and intervene, the tragedy continues to unfold.

Dr Khan, unable to practise because of the suspension, has started a Doctors for Help initiative with 78 other doctors who visit the suburbs and small towns to create awareness about the Corona virus. He said that the people still have no idea what the virus is all about, and what they can do on a daily basis to protect themselves. The doctors give out a small kit with a mask and a sanitiser and explain the details of wearing masks, social distancing and keeping their hands clean.

“I always remember the children in the hospital today when I see people gasping for breath, as a doctor this is something you just cannot accept,” he said. In 2018 when life changed for him at the hands of the UP government, he kept trying to explain that there was no treatment for encephalitis but oxygen and without it the patients were not likely to survive. “I get the same horrible feeling when I see people dying now,” he added.

According to him the second wave was inevitable, and the world itself was facing it. “But we became complacent, even though we had 15 months to prepare for it, “ he pointed out. The health structure, always fragile, has collapsed under the strain. Dr Kafeel Khan said it was essential to “ test, test and test so that we have the data to sequence and understand the new variants” and to ramp up the vaccination drive in a big way. In his view India should have allowed all the ten vaccines that are available across the world today for the Corona virus, and vaccinated all free of cost.

He said the infrastructure if looked at now properly would come in useful for the “third wave in October” as the health sector needs not just equipment but also manpower. As Dr Khan pointed out, “there are only 10000 doctors who can run ventilators in the country, so even if we bring in say 20,000 ventilators we do not have the people to manage these. There has to be a properly trained staff for this otherwise more people will die.” He also pointed to huge bureaucratic delays in procuring the equipment even after it was cleared, with the low budget allocation for the health sector despite Covid becoming a major obstacle.

Interestingly, in the interview given two days before the government announced its decision to recruit final year medical students into hospitals, Dr Khan had suggested the same. Saying all final year medical students, doctors and nurses, should be exempted from the final examination and brought into hospitals experiencing a huge shortage of health workers. “This is a war situation and we have to bring in more soldiers” he said.

His worry was about the smaller towns and villages, “how will they manage?” He said that the vaccination drive should be intense as that could in itself save lives, even if the citizens caught the virus. As he said India has an excellent system for vaccination as the drives against small pox and polio had demonstrated. This should be revived, village level health and Asha workers should be trained, and sent out into the interiors to vaccinate everyone. This, in Dr Khan’s view, was the one solution for the masses who have never really had health care in their lives, and unlikely to even today. WHO guidelines require states to ensure life saving medical outlets every 3 or less kilometres, here as Dr Khan said, “our people have to travel hundreds of kilometres for emergency life saving treatment.” 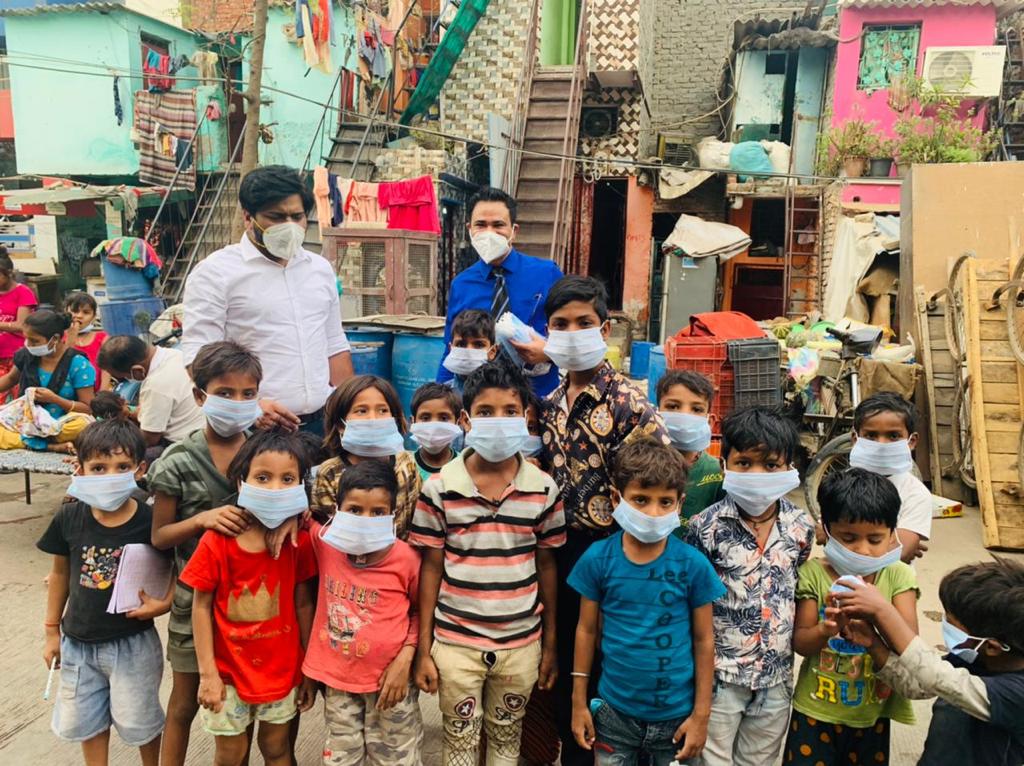