Online Covid Warriors Save Lives as Government Tracks them Down

‘When the government has failed us, we’re all we have’

When Gotham confronts a terrible crisis for which the city administration seems unprepared, wealthy citizen Bruce Wayne rises against the threat as Batman. But in the present Covid crisis it is ordinary people on and off the social media who are working in solidarity, while the government goes missing or worse.

With recorded cases rapidly rising in March, the official Twitter account of the ruling party, much like the others, featured pictures of large rallies. Now with 100,000 deaths officially recorded in just two months, people collaborating on social media have been saving lives and preventing suffering.

Even various Whatsapp groups, especially student groups, are filled with requests and leads on urgent requirements. Often a request posted by someone is reposted by more and more people and snowballs till some substantive information evolves.

Below are some personal accounts and experiences of how during the ongoing calamity social media became a platform to help those in need, and for some a source of help they needed.

With people struggling to find essential items, IIT student Muhammad Asim together with some other students developed darakth.com, a website that provides verified data on essential supplies in real time. Anyone can find or post information on vital necessities like oxygen or hospital beds, which is verified by the team.

One of many people actively helping out on social media is Muhammad Haris, a student of mass communications at Jamia Millia Islamia. He has been collecting and regularly updating important data on his Instagram and Facebook accounts. If someone is in need he reaches out to them and forwards them contact information after personal verification.

Another student, Maria Khanum, is pursuing a masters in gender studies and making full use of Instagram and Whatsapp during the crisis. She helps people get medicines and food. When she finds people in need online, after some verification she helps them as best she can, in between her studies.“I have assessments all over my head,” she explains.

For Kriti, a yoga teacher and songwriter, it was time to help in the ongoing crisis when she saw the healthcare system collapse and a flood of messages of people dying, known and unknown. “Most of the people we are trying to help end up passing away. Some, even before we manage to get the resources to them,” she says.

“It’s hard. Especially since there is no centralised way of finding anything, we have to make over a hundred calls a day. The latest issue we have is dealing with frauds. While I have no hope in the government and I know we have to push through, they still have the resources to do better.”

Kriti hopes things get better soon as most of her companions are exhausted at this point. She wonders how long social media can run the healthcare system, especially when many users and platforms are being shadow banned, preventing them from helping out.

A fortnight ago Twitter revealed that the Indian government had issued emergency orders under the Information Technology Act asking it to take down several tweets that criticised its management of the pandemic.

After seeing that any resources or leads posted online get exhausted within minutes, Jyotsna, a development communications student at Jamia, started helping verify the leads, like many others, to prevent bombardment of screenshots and numbers that don’t work.

Soon other like minded people joined in, and collectively they created spreadsheets for resources and cases coming before them.

Unfortunately their collective effort was recently dropped, due to news of arrests being made by the Delhi police.

“In these overwhelming situations when the government failed its people, citizens came to rescue one another. Social media surprisingly emerged as a rare light at the end of the tunnel,” says Jyotsna.

Tanvi Seth, a student from Lucknow studying law at the Jindal Global Law School says it was April 12 that she first shared a Covid resource on Instagram. The lead she posted proved helpful to one of her friend’s relatives. Moved by the fact that a single story could help, Seth has since been posting information regularly, gathering from Whatsapp groups, Twitter handles, influencers, friends.

“I plan to continue to post about Covid resources and all verified leads as long as I can. Here’s encouraging everyone to help save lives, by devoting if not hours then some minutes of your day. You never know who watches your story and connects it to somebody in desperate need of help. When the government has failed us, we’re all we have, citizens for citizens,” she says.

Another moving experience in the present scenario is that of Kaushik Raj, a poet currently working with a team of almost 50 people via social media. Some members of this team verify leads while the rest attend SOS messages they receive online. They have also started a platform called the Citizen Aid Collective, where people can consult doctors online. Anyone in need of a consultation can visit its Instagram or Twitter page and get a doctor’s consultation.

Raj says they have helped more than 200 people so far.

Likewise for Aba Noor, who recently completed her degree in public health, it has been a shared experience. “I started independently, using my IG account because that's where I have my audience. Very soon I was joined in by a very few amazing and loving strangers who like me wanted to help. We now as a team work on SOS and Covid management – queries, leads, requests, verification, collecting sources and amplifying these verified leads.”

Lucknow resident Rifat Alameen recalls how social media solidarity helped her arrange essential medicine for her family. “My father tested covid positive and was subsequently admitted to Era Medical College. Given that he was hospitalised, it quite obviously fell upon the hospital administration to take care of his medical needs.

“However, one fine day, the doctors asked us, the family, to urgently arrange for at least six remdesivir vials. With black marketing in play and shortage all around, there was no pharmacy that I checked for the injections that replied in positive. In desperation I posted a story on Whatsapp requesting my contacts for any remdesivir leads, and it was through there that a friend reached out and we were able to arrange for the injections through a government run pharmacy,” says Alameen.

“The sad part here was, that I was able to procure the drug, free of charge, through this pharmacy because I happened to have a contact. Many did not, and they either paid a hefty price for it or suffered.”

The times are such that even famous personalities like journalists, comedians, influencers have come forward on social media with vital information regarding oxygen, available beds and other necessities.

In the end the threats faced by the people of Gotham City are only defeated when Batman and the administration come together to defeat the menace of Joker and Bane. It is quite obvious that such a response is required for India to beat this crisis. 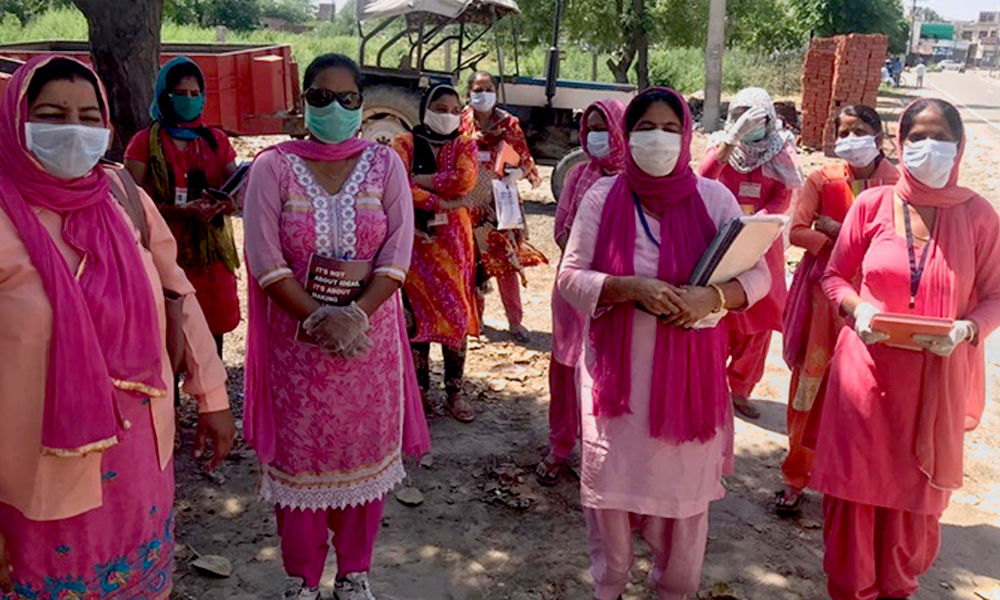