Covid in Rural India: Villagers, Health Workers in Uttarakhand Left On Their Own

The vaccination drive has not reached these parts of rural India

“If someone gets sick here, we strap them to a chair and carry them to the nearest accessible road. From there we hire a taxi to reach the hospital. Overall we need to travel 15 km to get basic medical facilities. If the case is serious, the doctors have to refer the patient to Haldwani or Bareilly as they don’t have proper means” says *Shyam, the gram pradhan of a small village in Uttarakhand.

“There are at least 2-3 cases of corona in every village in Uttarakhand,” says social worker Shubham Dharmsktu.

“Not everyone was tested. Of the few who got tested 38 were found positive,” says Prerna, a resident of Seem, a village in Almora that’s home to 260 people.

“Everyone lives in such proximity here that isolation isn’t a viable option. There is a possibility that even more people are positive,” she confirms.

Testing numbers seem to be low in many villages, masking the spread of infection.

“Vigorous testing is not being done in rural areas, so it’s difficult to ensure if the case is of covid. We rely on other parameters but it is difficult to work in such cases,” says Dr Soumyadip Roy, a committee member of the Medical Service Centre in West Bengal.

Testing facilities are so far off in Seem, people here get tested only when someone has severe covid symptoms. Which at times is too late for the patient.

“Around the first week of May there was a death in the village. The person had come from Haryana where he worked. Initially he did not have any of the severe symptoms, but as he had diabetes he soon succumbed to the disease. He was tested after his body was retrieved and was found positive. That’s when RT-PCR tests were arranged for the village,” says Prerna. 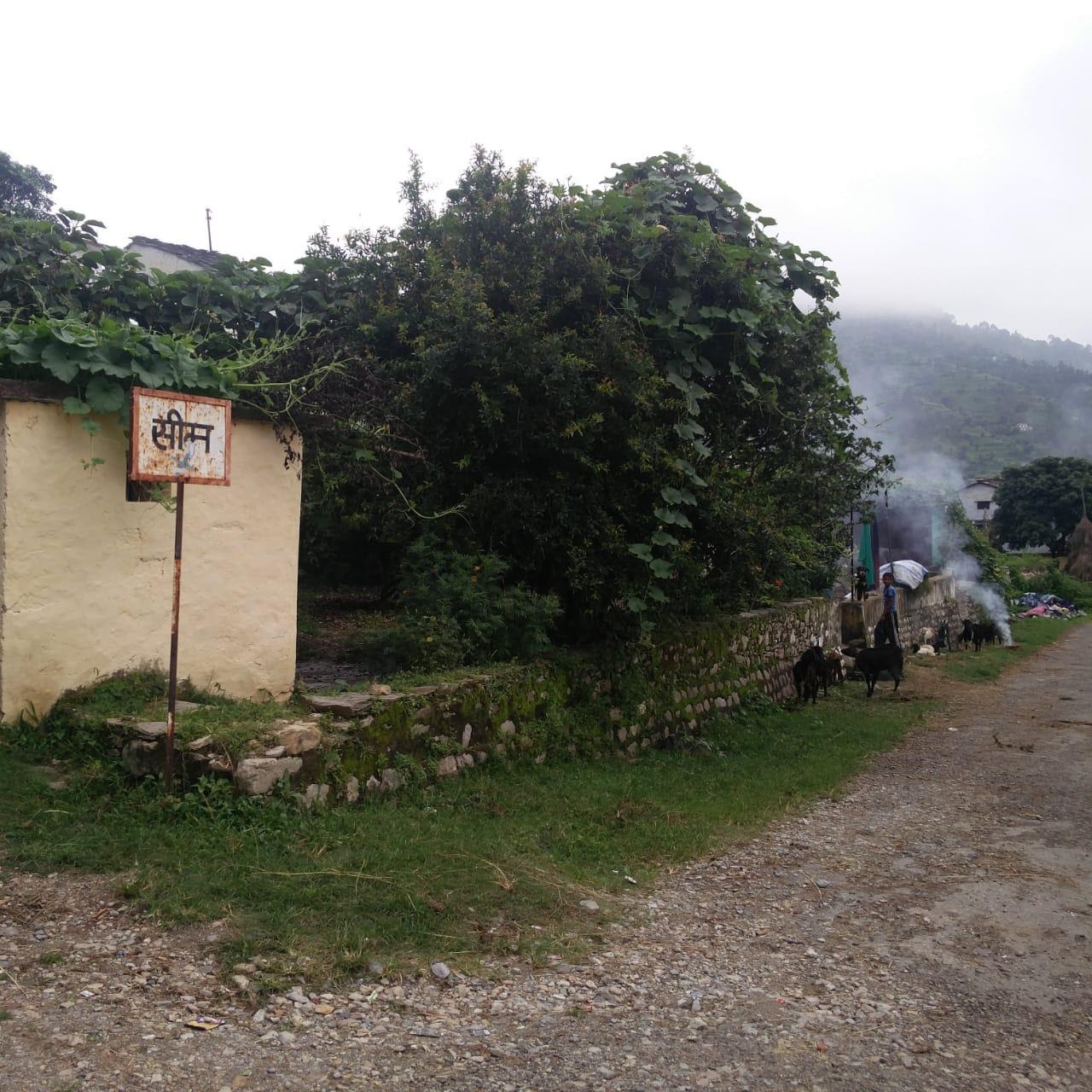 People in Seem rely on a community health centre in Kherna 12 km away, but with transport unavailable it’s difficult for them to reach the centre for a test.

“Most of us don’t have private vehicles and rely on taxi services. But with the lockdown in place these services are also shut,” says Prerna.

Inadequate transport services are a pervasive problem in India’s villages, forcing people to come up with risky alternatives to get patients to a hospital.

“Villages in the hilly regions don’t have accessible roads. We have to travel to faroff places to help the patient reach the hospitals. They tell us about the condition of the roads and we devise a strategy according to it - like seating a patient in a chair or bed and carrying them on a stretcher shouldered by us,” says Karan Kapoor, president of Making a Difference, an NGO based in Dehradun. 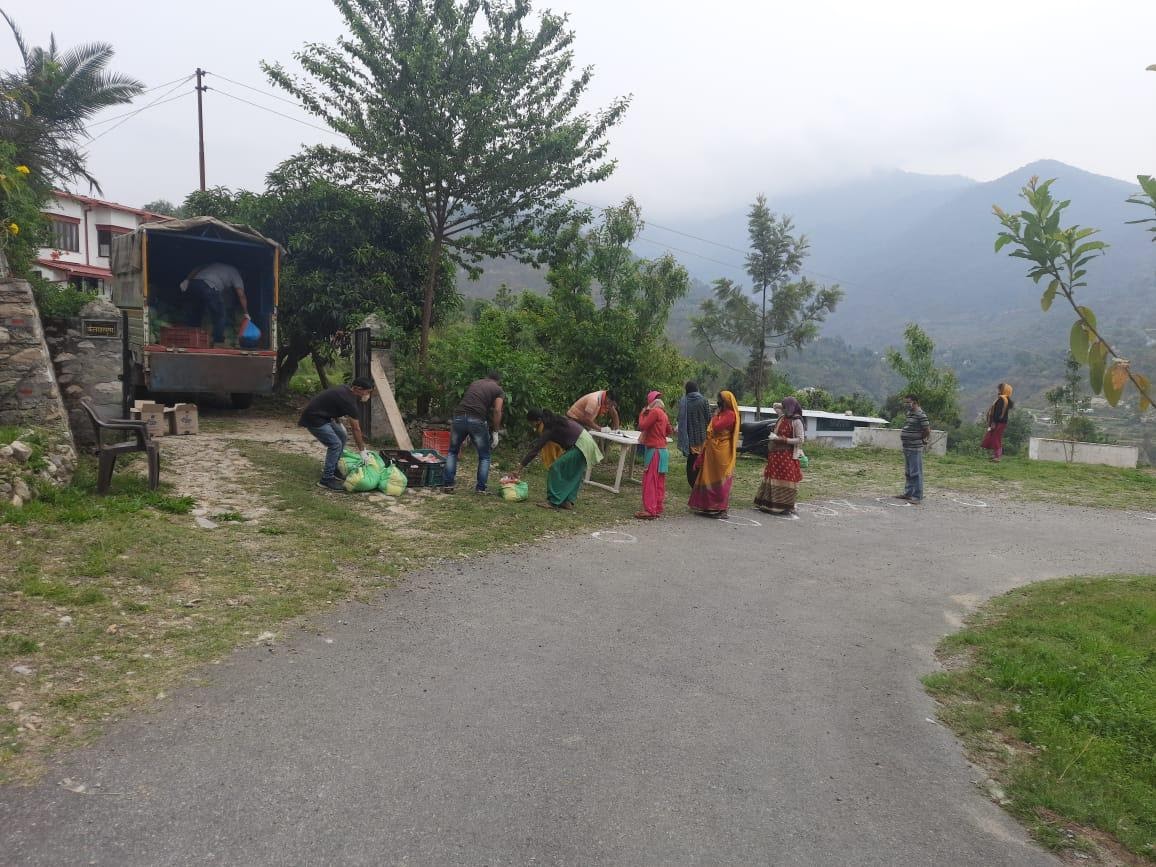 When the patient makes it to hospital, a shortage of beds limits the time they can spend in medical care.

“An elderly lady developed covid symptoms, and when the family took her to the hospital they were told she had tested positive. She was admitted to the hospital in Pithoragarh. But they discharged her after just three days,” says Shyam.

The number of Covid cases in his village, where 600 people live, is low with just two cases discovered. A testing drive was only conducted on May 25.

Around 80 samples were taken, says Shyam. “Around 150 people were ready to take the test, of whom 100 had some or other symptoms, and the other 50 wanted to be sure if they’re safe or not. The others however don’t want to be tested, due to a lack of awareness, and fear.”

With reliable information in short supply, people’s lack of knowledge of the testing procedure is a major hurdle in determining the extent of infection. Many wish to avoid being tested altogether.

“Due to a lack of awareness many don’t wish to be tested, but a lot of people have symptoms of it, and there’s no sure way to determine without testing. A lot of deaths are also happening, but because they are not being tested the deaths are not being reported as covid deaths, masking the real numbers,” says Kapoor.

And if a testing drive is conducted, the residents are not given their reports. “My in-laws tested positive. The authorities called and informed us, and sent a Corona kit with various medicines for a period of five days. But it’s been two weeks now and we haven’t yet received the report,” shares Prerna.

Some villages with a high number of cases have been declared containment zones, hindering their access to basic amenities such as rations.

“We asked the authorities to arrange a batch of necessities the villagers can buy at cost price, but the shopkeepers need a minimum guarantee of orders, making it difficult to coordinate with others,” says Prerna of the situation in Seem.

While some villages received basic ration from the government, other necessities are not being provided. Thal, in Baurari block of Tehri district is one such village, where people are only getting help from NGOs in the state.

“The government did distribute rice and flour, but what are they supposed to eat it with? They don't have pulses or any other vegetables,” says Kapoor, who has been coordinating the provision of essential amenities to Thal.

Where the government is providing these, to its own health workers who visit several households in a day, it has been asking them to collect the kits from the nearest city.

“Travel costs for these ladies can go up to 2,000 rupees, so to avoid such an expense many of them are not going,” says Kapoor.

Meanwhile, six months after the first Covid vaccine was administered in the UK, the vaccination drive has not reached rural India. The government’s CoWIN portal is entirely digital and online, making it hard for villagers to access. By requiring a smartphone and stable internet it has effectively excluded millions.

“To register themselves through the website, many climb trees looking for network connectivity. Even the gram pradhans, who visit all the houses in need, haven’t been vaccinated yet. When we ask the officials for our dose of vaccine all they say is have patience,” says Shyam.

However, volunteers and NGOs have reached many villages. While some have been working to help society for a long time, many others are enthusiastic citizens working for others’ health and safety in such unprecedented times.

Through volunteer efforts people in Seem were given medicines, oximeters, thermometers and other supplies. Tulika Yadav, formerly with Paytm Insider, along with her old friend Prerna and others managed to air cargo the supplies to these remote areas.

“I got to know about conditions in Seem through Prerna. To help out the people I just used my networks and connections curated over the years. We created a team of compassionate people who were willing to come out and help. We created a network, not just to provide medical supplies but also medical help from doctors,” says Yadav.

“We are also trying to set up a helpline for people to avail the right information for medical practitioners, and also connect these doctors to the on-ground people working in such areas, so that we use the resources rightly. Currently Prerna is the intermediary between the people and the doctors who are helping.”

Another individual providing Covid essentials to several villages in Kumaon is Shubham Dharmsktu. He has been working tirelessly since the first wave of the pandemic hit us.

“The Asha workers are stretched to their limits and many don’t have basic masks - we are providing Asha workers high-quality masks, sanitisers etc. We’re also providing sanitary pads, umbrellas, raincoats, and a good amount of medicines. We’re also running awareness camps to educate the people, as many don’t know how to use an oximeter,” he tells The Citizen.

“Our primary focus is prevention: containing the virus with the right means and right information.”

Another organisation reaching out to those overlooked is Making a Difference. “We majorly work on social environmental issues, but the current situation has different demands, which we are fulfilling by providing medications, equipment, and other vital information,” says Kapoor.

Meanwhile in Bengal, the Medical Service Centre is an organisation working to help the dispossessed. Dr Soumyadip Roy in Kolkata, besides his hospital duties provides vital information and medical advice to people over the telephone.

“We are working all over India for the upliftment of the health of all,” he explains.