Adieu to a Stalwart of Ethical Healthcare

‘Doctors have lost personal touch with the community’

Amidst a war of words over the efficacy of different systems of medicine, along with massive fleecing of Covid patients by private hospitals and black marketeers of essential drugs, India lost one of its stalwarts of ethical healthcare.

Dr Ram Kumar, who was widely known as Dr R. Kumar, breathed his last on May 30 after a prolonged battle with Covid19. For several years he was involved in highlighting the unethical practices of many medical professionals, communicating these to the public, writing relentlessly in newspapers and journals besides delivering public lectures and bringing out books on the subject.

He never felt let down by the fact that many publications would refrain from giving him space as his views hurt many in the pharmaceutical and pathology lobby.

“Someone who understands the healthcare sector well has to speak out for the common man being taken for a ride at every step,” he used to say over our endless chats as I happened to be his tenant for three years in Chandigarh. And he did speak out loud and clear, even floating an organisation called the Society for Promotion of Ethical and Affordable Healthcare, or SPEAK, where he strove with likeminded health professionals and bureaucrats to make people aware of ethical healthcare.

He was also deeply involved in organising street plays at public spots like Sukhna Lake or the Sector 17 plaza to spread awareness on the issue.

An alumnus of the Post Graduate Institute of Medical Education and Research in Chandigarh, Dr Kumar was a senior ophthalmologist. Born on January 26, 1946, he earned his MBBS from the Medical College, Patiala in 1968, and subsequently joined PGIMER where he completed his M.S. in ophthalmology three years later.

An avid writer, he had authored more than 100 books on myriad topics such as public health management, hospitals and healthcare, women health and child survival, youth health and development, non-governmental organisations, disaster management, AIDS, human development and other related subjects.

This reporter interacted with him on the issue of ethical healthcare at length when he was penning one of his most important works, Ethical Healthcare in India, which was released in February 2017.

He was quite blunt in saying that in almost 80% of cases there was no need for unnecessary tests that people are made to go through. Quoting the many other medical experts who concurred with this line of thinking, he used to say the majority of laboratory tests are prescribed by general physicians, consultants or surgeons for kickbacks.

In his lectures he would speak at length about the ‘sink tests’ prescribed to inflate bills and commissions, where the blood, urine and stool samples are just thrown away.

He also showed the other side of the coin, where patients became obsessed with taking too many tests. As he wrote in his book, “Patients are motivated perhaps by an ingrained belief that more and early investigations and surgical interventions, is better healthcare. And all too often doctors comply, in part because it’s faster and easier than explaining why a test or drug might not be good idea. Patients have become extremely demanding and customer-like; they shop for doctors now.”

In his book he candidly described the world of medicine in India. “It is never easy to tell if a surgery or a diagnostic test is un-indicated. India has no clinical guidelines or national protocols on diseases and therapies.

“Another concern is the nature of contracts by which private hospitals hire doctors. Contracts are confidential, and their terms vary from hospital to hospital. There are three broad tiers of doctors. The younger doctors get a fixed salary. There are associates and junior consultants who get a fixed salary and incentives based on the business they bring. And there are senior consultants who are paid on the basis of the business they bring.

“The revenues senior consultants generate in the outpatient department (OPD) go mostly to them, with a hospital typically deducting 15-30 per cent for use of its premises. But when a doctor’s patient is admitted to a hospital for a procedure like surgery, the senior consultant’s payment is often tied to the total bill.”

He further underlined that “it’s not just the business model; the medical model in private hospitals is also flawed. Remuneration is tied to the number of patients; it promotes competition and individualism rather than collaboration.”

Although he was not wedded to any political ideology, Dr Kumar was always appreciating Cuba for showing to the world the way forward in healthcare. By contrast, he described how

“India squanders much of its scarce health funds on over treatment, exposure to contagion through over hospitalization, creation of illness through un-necessary investigations, disease-focused instead of prevention-focused intervention, and making the poor sicker by denying them access to treatment and leaving them at the mercy of quacks.

“Unfortunately, we follow a model of western countries which focus on treating disease rather than attending a person or community. This is an enormously profitable system for manufacturers of pharmaceuticals or owners of diagnostic and radiology centres, as well as for advertisers and insurance companies. The doctors have lost personal touch with the community in general and patients in particular,” he emphasised.

Dr Ram Kumar had no qualms putting it in black and white that besides money and other factors, even academic excellence is misappropriated. Quoting a survey published in an issue of the Indian Journal of Medical Ethics he drew attention to how doctors are now being gifted authorship in journals of repute even if they have made no contribution to the research.

He often spoke about the politician-doctor nexus. And mentioned in his book that many doctors bend over backwards to please political bigwigs in order to maintain their positions or for personal gain. 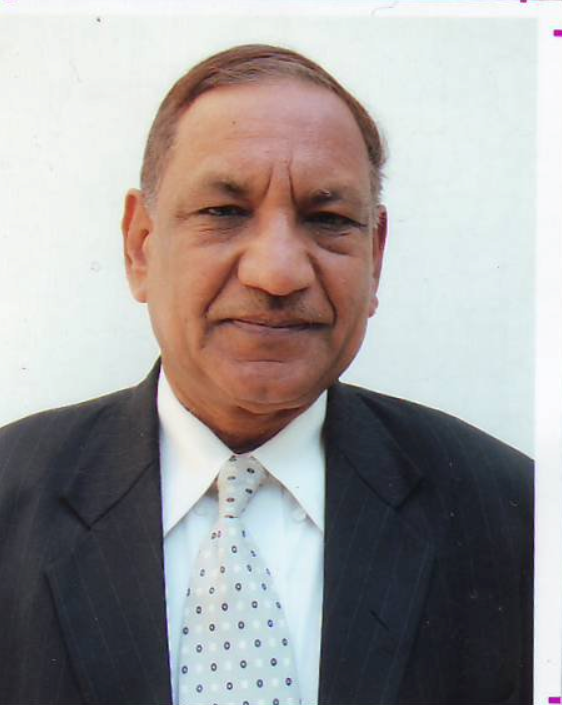