One winter night, some friends tiptoed to one of the rooms in the residence and woke him up. They were celebrating someone’s first birthday with a lot of vigour and show, but there was nothing usual about it.

Let us call the birthday boy Saumya, for we will have to call him something, and not a lot of his personal details can be revealed.

The other participants in the program were counsellors, pharmacists and people from the government health setup. They had all brought a cake for him and asked him to come and cut it in their presence.

“Yes, it is his first recovery birthday. He has completed one year of being clean,” one of them said with pride. Everyone was celebrating life at that moment as they shared the cake on his monumental achievement. He spoke a few words in a choked voice, thanking everyone for recognising him and giving him respect.

It was the experience of a lifetime for me when all these persons asked me to join them in a circle, holding hands, as they prayed for Saumya to celebrate many recovery birthdays for the rest of his life. It was a humane and overpowering gesture. It wasn’t easy for him though, to stand where he is now, with this confidence, pride and happiness. On most days he has a face full of pain.

His face would remind anyone of Salman Rushdie’s character Saleem Sinai, described as having a “map face”. Saumya’s face is cartographic: one can see mountains, plains, plateaus, ravines, desert and oceans of pain. And this pain has come from nothing else but substance abuse.

The lines of pain come alive on his face only when he starts talking about his life. Otherwise, he is a lean, bony man, supporting a tuft of hair at the back of his skull, something revered as a symbol of wisdom in the Hindu pantheon.

And this chap, who is in his late twenties, is as devout as well. He never fails to get up at dawn to mark his attendance at the door of his lord. He practises a strong yoga regime despite being a heavy smoker, something he is yet to give up. He comes across as a very polite and helpful individual.

Behind this personality lurks a dark past. As he narrated his life story to me, I did not have the heart to counter-question him. As he narrated the key events of his life it was like seeing pain gush out.

No, I did not pester him much on how he got into substance abuse. But I could gather that it was peer groups that got him into the trap.

“I was employed with a private insurance company, covering western Himachal. The job suited me as I belonged to one of the smaller districts of this very region. I was one of their top performers but I was also into drugs. It was a kind of quid pro quo situation with my immediate boss: he wanted business, and I wanted the liberty to use drugs. I was mainly into cannabis, charas, and later heroin,” he disclosed.

Arranging money was never a problem for him, as the sales incentives in the office could always be fudged, and before quitting his job he had not bothered to deposit the money running into several lakhs of rupees that he had collected against the insurance premiums.

“From chasing to snorting to injecting, I have used drugs through every route. I had my peddlers well spread right from Himachal to the bordering towns of Punjab and Chandigarh. I could manage my dose wherever I went,” he recalls.

With this heavy dependence on the substance, came many experiences he may never forget.

“I can never forget the day my father died of a massive heart attack. I received the news under the influence of heroin. Those were the days my life revolved around somehow procuring my dose after arranging money and consuming it. Could there have been any moment more filled with guilt and shame for me, as even at the time of my father’s demise I was under the influence of heroin?” he asks in remorse.

The worst part for him was the influence that drugs had on him not only before his father’s death, but after it.

“The worst point in the entire episode was when his body was brought home and the clothes he was wearing were cut with a pair of scissors so that he could be given his last bath before being consigned to flames.

“As the scissor snipped his kurta I could see a wad of currency notes in the pocket of his vest, and my entire being kept thinking how I could lay my hands on that money for my next couple of doses of heroin. And I did manage to get hold of that money,” he recalled, his voice straining with guilt so powerful that those listening to him could feel a lump in their throats.

This was perhaps one of the incidents that rattled his conscience the most. But he was helpless in the face of his dependence, something which is very difficult for a person living outside the world of drugs and alcohol to understand.

In the beginning it was difficult for his family to understand his addiction.

“There was yet another occasion when I had dared to sell off my mother’s mangalsutra, something very precious among Hindu ladies, to satiate my cravings for heroin. The words of my mother when she became aware of my injecting drugs on various occasions continue to echo in my head. She often screamed with tears in her eyes, ‘Haramzade…pehle mujhe laga de yeh injection’ (Bastard, put the injection in me first). There was shame, guilt and helplessness. The latter always won in the confusion,” he disclosed.

Saumya was proving to be a burden for his family, emotionally and economically.

“My father had a transport business which my uncles usurped after his death. I fought with them and manage to secure a bus in my name which I eventually sold off to procure drugs. My brother was running a shop which I also sold off, at a petty price of Rs 8 lakh with the entire inventory inside,” he recalls.

But his family remained his social capital. Despite him putting them through so much misery, his brother and mother always stood beside him.

“I have had lapses and relapses, yet they have managed to bring me out of the depths. My brother fondly refers to me as his Lakshman. His wife and children are very caring and loving towards me.”

The incident that finally got him out of his drug addiction for good has rattled everyone with whom he has shared it.

One fine morning, Saumya had taken his dog for a walk to the nearby forests under the influence of an overdose. In the middle of the forest he passed out after puking up green vomit. He thought he would die that day, but his dog came to the rescue.

Since he had lost a lot of weight, his dog somehow managed to drag him to the road head, where passers-by saw him and alerted his brother, who rushed to the spot and brought him the medical help he needed.

“I cannot tell you how I felt that day. I felt so low that the dog stood on a higher pedestal than me. I had become worse than an animal. I promised my family I would give up substance abuse.”

But fate had yet another torment in store for him. The very next day, the woman he loved died of a heart attack.

“I cannot get over that guilt for life. I continue to believe that I am responsible for her death,” he said.

He confided that to this day he feels that his beloved talks to him, and often moves beside him.

Saumya talked at length about the treatment meted out to substance dependents who return to a private rehab centre after a case of relapse.

“It is like a virgin being thrown into a brothel. Everyone comes and treats you with the filthiest of abuses. Already low on self-esteem, you are subjected to humiliation, at what is called a ‘blasting session’.

“The last one to blast you is the managing director of the centre. The most menial of the tasks are reserved for you till the time some other case of relapse or dependence makes an appearance at the centre.

“Knowing from your previous experience of withdrawals you can also expect thrashings,” he reveals.

He also has many stories about the law enforcing systems that run the region. “The cops and officials are hand in glove with one another. During my stay in a prominent city, I had some cops coming to me regularly looking for good quality charas and heroin.

“At times I thought of reporting them, but its very difficult to survive as a whistleblower. I did try once on a small scale and paid a heavy price for it. I have narrowly escaped a fake encounter.”

Saumya doesn’t want other young people to experience what he has seen and gone through. Before he joined the Integration Rehabilitation Centre for Addicts (IRCA) as an employee, he was giving inspirational talks in schools and colleges.

He keeps updating me about his activities. He plans to experiment with creating an open rehab centre. I am looking forward to seeing him execute this plan. He has also been writing some inspirational poetry. The other day, it was a delight to see a video he sent me, of him playing badminton with his mother. After all, life has to be lived with a sportsman spirit! 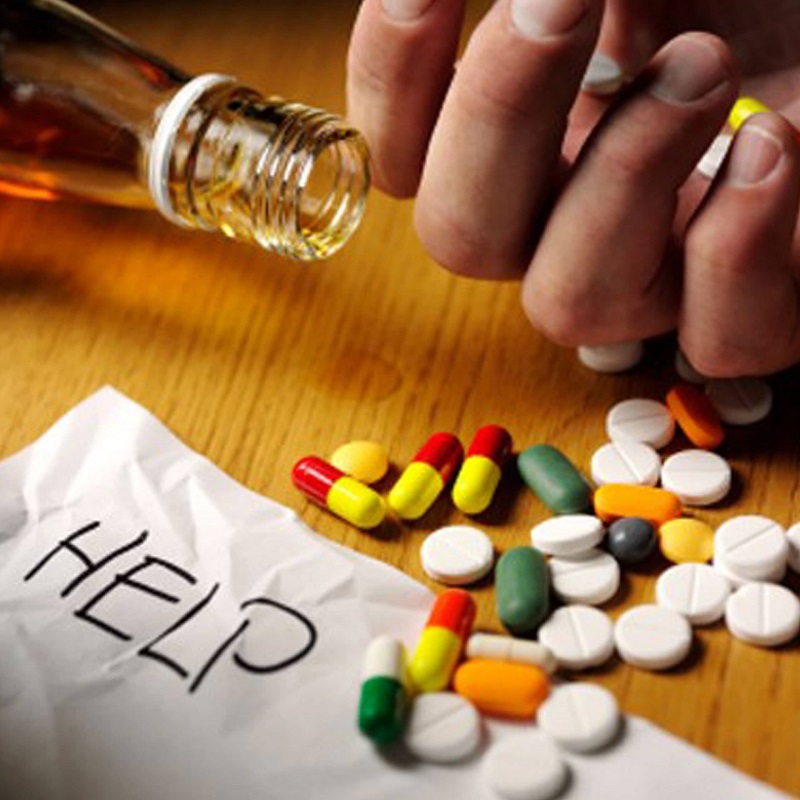