'I Thought My Body Would Become a Magnet': Inside the World of Vaccine Hesitancy

Not just misconceptions, but a lack of trust in the government

Ahmad was perplexed by a photo of a man on social media claiming his body had acquired magnetic properties after he got a Covid19 vaccine.

He says he reassured himself by pressing spoons and plates to the body of a friend who had recently been vaccinated.

As the vaccination drive crawls on amidst delayed orders, flipping policies and chronic undersupply, many Indians remain on their guard. The vaccine myths doing the rounds on and off social media have a role to play.

Shagufta Anjum, who is over 45, is refusing to take even the first dose of the vaccine.

“Log heart attack se mar rahe hain” (People are dying of heart attack) says Anjum, who is from a small town in western UP.

She is waiting for the vaccination campaign to become more widespread, “like for polio”, and will get the jab only after observing no deaths among her acquaintances.

Her son says that she is scared since she is not well prepared. He also believes that because vaccination for a fatal illness is brand new to the globe, it will take time for people to adjust.

Vaccine hesitancy is also widespread in the big cities.

In Kolkata, Sulagna Chakraborty shares how her neighbours think their daughter-in-law gave birth to a girl because she was vaccinated during her pregnancy.

Vaishali, a Master’s student at Delhi University, tried everything to persuade her family to get her grandma vaccinated. Her family chose not to provide the vaccination to the elderly woman because she was a heart patient. She recently succumbed to Covid-19.

The refusal to get vaccinated is due not only to misconceptions, but a lack of trust in the government, particularly among Muslims and Christians.

He says there’s a good chance the BJP will use the injection opportunity to exterminate Muslims.

Given the government’s early efforts to control media reporting about Covid19, and the widespread recent reports of the undercounting of Covid fatalities, fears and misconceptions continue to spread.

Ashok Kumar, a law student, believes that anyone who receives a vaccination will die within two years. Kumar had received a WhatsApp message saying that vaccination would cause symptoms such as fever, bodily discomfort – and death in two years.

When a raft of vaccines were granted emergency use authorisation last year, many public health experts pointed out that most vaccines take years to test for efficacy and safety. Brands such as Covishield were put on hold by governments in Europe when concerns about blood clots arose.

But the safety data published and analysed since then seems not to have made an impression.

Nisha, a Delhi resident, was advised through social media that women should not get the vaccine while menstruating. “Periods me immunity low hoti hai aur itna blood loss bhi hota hai” – Immunity is low during periods and there’s also a lot of blood loss, she reasons.

“There is nothing scientifically to really come in the way of a menstruating woman taking the vaccine,” the WHO’s chief scientist Dr Soumya Swaminathan recently explained.

The WHO in the pandemic’s early months advised mask use only for those with flu-like symptoms. An official consensus that heavier droplets and not lighter aerosols transmit the virus also persisted through much of the pandemic, likely leading to many deaths.

To the alarm of medical professionals, in India Covaxin by Bharat Biotech was granted government approval before its phase 3 trial results were published (the data still hasn’t been made public).

Health experts have also repeatedly asked the government to release data on adverse effects following immunisation, to no avail.

And people in low-income countries have a history of being used for often dangerous clinical trials without informed consent.

However, people should start verifying the news they get on social media from reliable sources before believing such myths.

The Union government recently launched a campaign called ‘Jaan Hai to Jahaan Hai’ (If You’re Alive the World is Yours) to raise awareness and refute rumours about the ongoing immunisation drive. 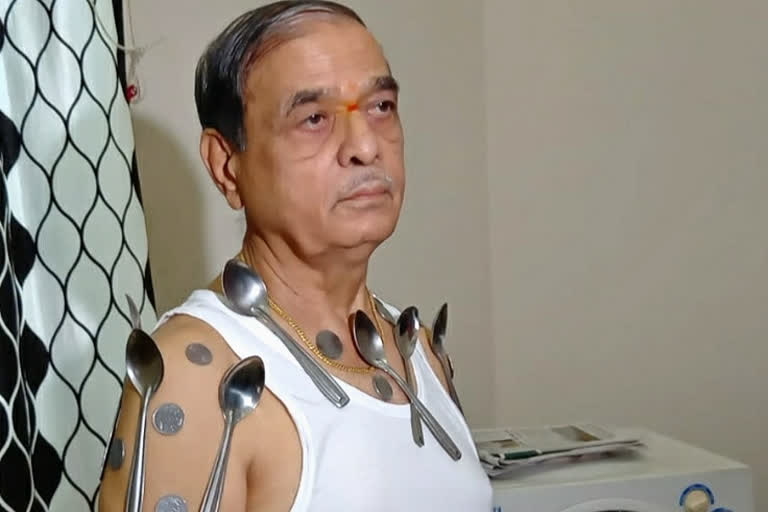