In a statement released February 2 the Right to Food Campaign points out that the Union budget has failed to take protective steps to ensure food security at a time when the problems of hunger and malnutrition have increased for a very large number of people in the country.

“The negative impact of the economic crisis that began even before the pandemic has fallen disproportionately on those at the bottom of the pyramid. Multiple reports and surveys capture the intense distress among the poor and marginalised sections of society exacerbated due to the pandemic and ensuing restrictions and further slowdown of the economy.”

Keeping in view the difficult conditions, the statement says that spending on food security and social protection schemes such as the PDS, anganwadis, pensions and NREGA had become especially important. What was required therefore was to continue the additional foodgrains under the Pradhan Mantri Garib Kalyan Anna Yojana (PM-GKAY) and in fact expand the PDS to include non-ration card holders and to distribute pulses and oils.

However, the Union government has actually reduced the food subsidy allocation by over ₹80,000 crores. The ₹2.06 lakh crore allocated is barely enough to meet the requirements of the regular entitlements under the National Food Security Act. Continuation of PM-GKAY has currently been announced up to March 2022 only.

The Campaign has argued in its timely statement that women and children have once again not received adequate attention although they have been most affected by the pandemic. Schools and anganwadis have remained closed almost throughout the two-year period and this has led to not only learning losses but children and women losing out on the important nutritional support that they get through various schemes.

Although there were some provisions for food security allowance and dry rations, these were mostly irregular, of very low amounts and just not enough to make up for the missed meals. Now as schools and anganwadis reopen, they will have to make extra efforts to bring back children and help them make up for the lost time. This would require much more funds for these schemes. Yet the allocations for saksham anganwadi, samarthya (including maternity entitlements), PM POSHAN (mid day meals) have remained the same or even reduced in real terms.

To meet the basic constitutional obligations of any democratically elected government, and move towards a more equitable growth path, the Right to Food Campaign has demanded that the government rethink the inadequate allocations made in the priority areas of food security and social protection.

More specifically it has demanded universalisation of the public distribution system. To begin with, the Campaign states, the quotas under the National Food Security Act can be immediately expanded on the basis of population projections for 2022 to include all vulnerable persons even without ration cards. Redetermining the statewise quotas in light of the increase in population since the 2011 census has also been directed by the Supreme Court in the migrant workers case.

Expansion of the PDS should take place to also provide millets, pulses and edible oil while procuring these at the Minimum Support Price. Extension of the Pradhan Mantri Garib Kalyan Anna Yojana is needed for as long as the pandemic continues, with provision of edible oil and pulses apart from grain to each household.

The government should ensure immediate implementation of the June 29, 2021 order of the Supreme Court in Problems and Miseries of Migrant Workers (Suo Motu WP(C) 06/2020) wherein the Court directed that dry rations should be provided to all migrant workers including those without ration cards, and that community kitchens should be opened to provide cooked food to people in need.

The Campaign demanded that maternity entitlements be universalized and made unconditional. The amount should be increased to at least ₹6,000 per child, as per the provisions of the National Food Security Act, and the Union government contribution for social security pensions should increase at least to ₹2,000.

Further, the National Family Benefit Scheme should be strengthened by increasing its budget, and a significant increase in the emergency assistance (initially Rs. 10,000 raised to Rs. 20,000 in 2012) is also required which is long overdue.

Allocation for NREGA should be increased to provide at least 200 days of work per year to all rural households seeking employment, at the statutory minimum wage at least. The serious issue of payment delays across the country should be resolved with an increase in budget.

These timely demands raised by the Right to Food Campaign should get widespread support to protect our food security. 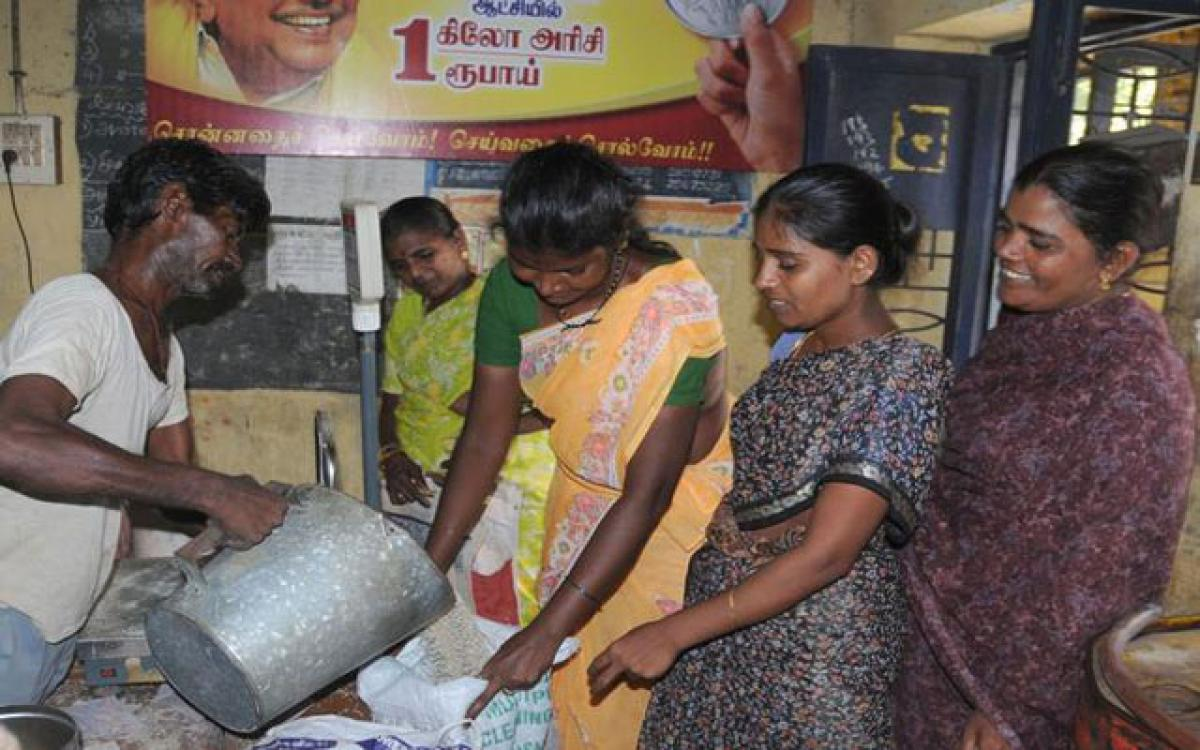