Conrad Dennis, CEO of Mission Smile, a medical charity in India, says “Cleft is the second largest congenital deformity in India. When you say ‘cleft lip’ or ‘cleft palate’, it means that the child is born with a split lip, and with a palate that is non-existent or deformed. Both these mean that the child cannot suckle, cannot drink, and at times cannot breathe properly.”

“Every three minutes, somewhere in the world, a child is born with a cleft - it is as staggering as that. And one in ten of these children will die before their first birthday. Because of the cleft palate, they get malnutritioned - they cannot eat or drink properly,” he explains.

According to Dennis, awareness regarding cleft palates as treatable is still low in most parts of the country. “When you talk about the visibility, or the knowledge or the awareness, it would be there in urban or semi-urban areas. In rural areas that do not have access to medical care or the government machinery, there could be children who grow up with this. There is a taboo attached to this.”

Dennis states that at Mission Smile, they focus on a comprehensive cleft care system, which includes speech therapy, dental therapy (for dentures or extractions as the teeth grow in at different speeds for children post surgery) and nutritional guidance. Awareness campaigns carried out by NGOs like Mission Smile include vetting the children to see if they are in a condition to undergo such a surgery.

The US National Institute of Environmental Health Sciences did a study in 2007 which revealed that women who consume folic acid supplements in the early days of pregnancy can reduce the baby’s chance of being born with a cleft lip.

Dr Ravi Kant Singh, a maxillofacial surgeon based in Varanasi, is engaged in cleft surgeries on the weekends too. He clarifies the correlation between folic acid intake and fewer children being born with clefts. He says a regular intake of folic acid and iron by the pregnant woman during her first trimester is crucial, and a deficiency can cause any number of physical deformities in children, including a cleft palate. Adults can also develop health issues due to such deficiencies whose consequences are not limited to newborns alone.

“In the last three years, we have had another albatross hanging around our necks,” Dennis tells The Citizen. “We had to divert funds for Covid, but now we have hit the ground running again.” During the pandemic, Mission Smile had to stop their operations for five months due to the government’s instructions to halt elective surgeries. “It is like rowing a boat upstream. Every year there are children born with clefts. So if you stop doing it, you do not stay in the same position, you will be moving backwards.”

Regarding the cost of such a surgery, Dennis says “Actually it could be anywhere between INR 85,000 to 1 lakh or 10 lakhs or even 20 lakhs,” depending on where one gets their surgery done. For each surgery at Mission Smile the cost borne ranges approximately from INR 35,000 to 45,000.

“I have been doing these surgeries for the last 12 years. In a month I do at least 100 if not 200 cleft lip/palate surgeries,” says Dr Singh, who works at Peace Point Hospital at Varanasi, and is Project Director for the ABMSS (Akila Bharata Mahila Seva Samaj) which also undertakes cleft care for underprivileged children in India among other issues.

He also expunges the notion that there is an an ideal age for such a surgery. He insists that the two main factors for this are nutrition/blood parameters, and the weight of the baby, which are often tied to each other.

“The minimum weight of the child is the first thing that’s important, and then it is the blood parameters of the child which need to be investigated.” Dr Singh says that for a baby to undergo this type of surgery their body weight needs to be at least 5.5 kgs or more - and due to the malnutrition rates in India, a child of this weight is just as likely to be 3 months as they are to be a year old.

“The problem in India is, majority of the patients are very poor, so they are not able to feed or take care of the child properly, so it is malnourished,” Dr Singh tells The Citizen. “These children do achieve the weight of 5.5 kgs even at 6 or 8 months also, whereas an ideal growth would indicate this weight at 3 months.” Therefore, ascertaining a blanket appropriate age for cleft surgeries for children would be inaccurate.

“Majority of the patients are not very well educated, they are not living in the city… so they do not have any idea that this deformity can be corrected,” says Dr Singh. He adds that 99 percent of cleft surgeries since 2001 have been funded by the government. “So you will not see many adults who have a cleft palate. Majority of the surgeries on adults were conducted between 2001 and 2008, so you will not find many adults who have not had the correctional surgery.”

Aditya*, 24, had his cleft palate surgery at the age of 10. Not because of nutritional diificulties but his family’s inherent aversion to medical procedures. “I remember everyone in my family used to be very scared of hospitals and operations. So when the only way to correct it was a surgery, my family tried to put it off as long as possible. It sounds irresponsible, but I kind of get it.”

He goes on to reveal, “My mom later told me she was more afraid of what complications might arise from the operation than the operation itself. I was too young to understand this then, obviously.”

Aditya mentions that he did not face any bullying or discrimination in school that he can recall, his teachers were always conscious of keeping him safe from that, and his friends respected him and didn’t treat him any differently. “But what I do remember is, after I got the surgery and came back, it was treated less like a medical thing and more like a makeover, you know?” he tells The Citizen. “But I couldn’t bring myself to think of it like that because I had an actual surgery, not a haircut… so that was a bit confusing for me at the time.”

“Any surgery has a risk of complications,” says Dennis. “In this, it is minimal because it is not abdominal. We are not going to the gastric tract. These are maxillofacial surgeries - only of the face - so that reduces the risk.” However, he explains that a surgery done without adequate safety measures could result in a cropped palate. “So what happens is that the palate is nicely stitched up, but the child goes home and then puts a finger in or something like that. Otherwise, there is minimal risk of fatality.”

“To wrap up, I would just say that there are about a million children waiting to smile. And the way I look at it is, if not us then who, if not now then when, to help these children smile?” 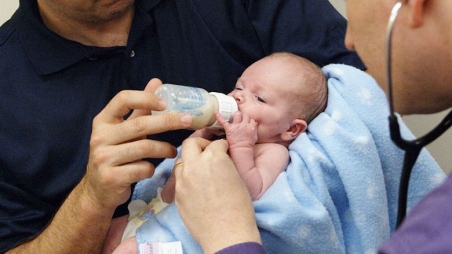