And on the count, we have a very long road still to travel. The most vulnerable section of the society is not identified through religions, castes, regions, gender, etc etc etc. They are those who suffer from mental illness in any society. And they are ubiquitous, seen everywhere in every part of the globe, and serve as an eloquent testimony to human apathy for another less fortunate human being.

If only people could realize this very fundamental fact, and join forces to combat the problem, it would help most of us discard our own paranoid positions about the disadvantages we have been programmed to accept are unjustly heaped upon us. They fade into insignificance when contrasted against the disadvantages that our mentally ill fellow humans must battle seven days a week and fifty two weeks a year.

While many countries have enacted mental health acts to improve the lot of the mentally ill – and I must admit that most of them have been enacted with good intentions in very flowery language – I have long realized that enacting statutes does not necessarily ensure the amelioration of a well entrenched system of injustice. I myself was involved in the drafting of the mental health acts of two different countries. Twenty years on, I have to ruefully admit that the lots of the mentally ill have not improved in those countries despite the statute being put in operation.

The problem is truly worldwide: I have myself worked in 11 different countries and studied many more therefore am in a position to state that the mentallly ill still must wade through an ocean of disadvantages which most of us are either unaware of, or choose to disregard.

How many of us are cognizant of the fact that India was one of the early nations to have enacted mental health statutes! The first mental health act was enacted in this country way back in 1851 – although very limited in scope, it was, in legislative terms quite revolutionary, for a country which was still under colonial yoke and battling a number of problems including hunger, illiteracy and epidemics of infectious diseases.

It was followed by another act in 1858, and the first Indian Lunacy Act came into operation in 1912. Judging by this development, we should have been in a far better position vis a vis our mentally ill fellow humans than we actually were – and still remain.

Mental health has never been a priority for politicians all over the world, and that explains the pathetic state of our fellow humans. I was the part of the small group that had been campaigning for the human rights of the mentally ill to be recognized by the United Nations Human Rights Council. Our 25 year effort yielded result when the UNHRC managed to pass a resolution recognising the rights of the mentally ill in 2017. Sixty two countries have already ratified that resolution: unfortunately India is not one of them!

While the human rights issues with the mentally ill are manifold, the two most prominent ones are:

1 - Incarceration of the mentally ill in prison. There is an unacceptably high number of prisoners with recognisable mental health issues in prisons worldwide. My colleague, Professor Dinesh Bhugra of London, when he was president of the World Psychiatric Association, constituted a task force of which I myself was a member and we did make some very strong recommendations which are yet to be put in place.

2 - Lack of appreciation of the insanity defence. This is a very complex but a fundamental issue concerning the civil and criminal liabilities of the mentally ill for the actions committed by them. Even a first year law student would be able to enunciate the principle of mens rea, which states that a person can only be held guilty of the consequences of their actions when they had the intent to commit the action as well as appreciation of its consequences.

The McNaghten Rule is the procedure that guides medical jurisprudence in this regard. It is named after Daniel McNaghten, an English cabinetmaker in the time of Queen Victoria who started getting psychotic delusions about the intentions of then Prime Minister Sir Robert Peel. He went to the House of Commons and attempted to shoot the prime minister, accidentally shooting his private secretary instead. He was tried and found not guilty by reason of insanity way back in 1843. There was massive public outrage in the country but soon not just Britain but the whole world accepted the wisdom of this judgement. And it has served as a guiding piece.

Despite this there have been some injustices of the most egregious nature in this regard. One of the prominent injustices was the treatment meted out to John Amery, son of Gorakhpur born Leo Amery, Churchill’s cabinet colleague and the Secretary of State for India which unquestionably was one of the most powerful positions in the world. Leo Amery himself was a Harrow and Oxford alumnus and Churchill’s classmate in school. He came from a highly aristocratic section of British society. That could not save his son John. He suddenly disappeared, only to emerge in Germany during the War and started making radio broadcasts against Britain. He was apprehended, tried for treason and sentenced to death – the sentence was carried out in a few weeks.

Many researchers, myself included, examined the papers decades later. It was very clear that John had contracted a severe psychosis but the public outrage was so great that no judge or jury was willing to listen. John was a victim of this outrage and was denied justice.

In the late 1950s, there was a spate of killings in Boston. The victims were raped before being killed. Alber DeSalvo was apprehended but after psychiatric examination, it was felt that he was in no state to instruct his lawyers hence never put on trial.

1980 was the year Ronald Reagan was elected the US president with a huge majority. A few months later in 1981, he was shot by John Hinckley. Psychiatric examination revealed that Hinckley was a psychotic. He was however put on trial because of public pressure, but found not guilty by reason of insanity.

Around the same time, the Yorkshire region in England witnessed a number of murders of young girls. Peter Sutcliffe was apprehended. My senior colleague, Dr Hugo Milne examined him and found him to be floridly delusional. The attorney general, Sir Michael Havers, initially agreed with the view of the psychiatrist. But the public outrage was of such magnitude that he reversed his position and himself led the prosecution. Sutcliffe was found guilty and sent to serve out his life sentence. Very soon the home secretary Leon Brittain had to intervene and admit that incarcerating Sutcliffe in prison was a miscarriage of justice, he was floridly psychotic, and sent to Broadmoor, the high security special hospital where he spent the remainder of his days. Dr Milne was vindicated completely.

In my five decades in the medical profession – and as a qualified barrister – I have come across several dozen cases where the insanity defence has managed to halt an injustice – despite massive public outrage at the time. Knee jerk reactions always militate against justice specially in an issue as sensitive as this.

I am therefore a firm believer in setting up a medical board with a psychiatrist wherever there is even a hint of mens rea being in doubt. The medical board can in most cases identify whether diminished responsibility applies. If not the person must be made to face the full majesty of law. 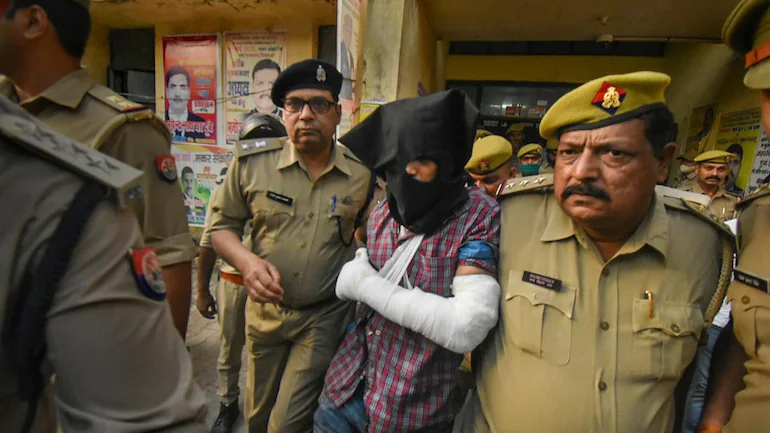