Health Ministry accuses WHO of depending on "media reports"

Truth has a strange habit of creeping out of crevices,even breaking through solid rocks when suppressed too strongly. This has again been demonstrated when the Narendra Modi-led government tried to refute reports that Covid death figures in India were much higher than officially declared.

The latest report comes from the WHO which not only claims that mortality figures have been fuddled, but adds a more serious charge is that India was not cooperating in its research. A New York Times report reads, “the World Health Organization has calculated that 15 million people died from the Coronavirus pandemic (world wide) more than double the earlier estimates. But the release of that estimate, which involved more than a year of research, has been delayed for months because of objections from India, which has tried to keep such calculation from becoming public.”

It's not just India which questions the figures. For instance, even the estimates for Russia have been more than the official estimate of 300,000 but the Russian government did not try to stall the release, states the report.

While the WHO estimates India's tally at 5 million the highest in the world, India stoutly stands by its figures of 5,20,000. Even earlier, a Lancet study had put India's Covid mortality at almost three times higher than given out. The Lancet had calculated deaths according to excess mortality figures in 12 Indian states during the same period in 2018 and 2019, even after accounting for under registration. “At the country level, the highest numbers of cumulative excess deaths due to Covid-19 were estimated in India (4·07 million [3·71-4·36]),” the paper states.

The Indian government had accused Lancet of creating panic and now it challenges the methodology used by the WHO for coming out with such figures.

And what is the undependable methodology? The Ministry of Health and Family Welfare accuses the WHO of depending on "media reports" instead of going by the government figures.

But when dead bodies floated in the Ganga which was widely reported the government had no answer.

Talking about those days, Haider Naqvi, the Hindustan Times correspondent in Kanpur said, “we had personally counted thousands of deaths at five of the 35 ghats in Kanpur which were nowhere on official records. We are also aware how the DMs and CMOs were under severe pressure not to register cases by the government.” He asked, “have you heard of any death in the country due to cold or hunger? They are either due to pneumonia or TB or something else.”

Dr.Anil Bansal a member of the Anti Quackery Cell of the Delhi Medical Association who retired from NDMC said, “there is confusion about the death figures because most people were going to quacks instead of doctors. Hospitals were full, treatment was expensive, and worst was the diktat for isolating all family members which deterred even people like me from going to hospitals. When I got Covid I had to procure a prescription from another doctor to convince the authorities that I could take care of myself at home. That fear of isolation from family, and reports that family members were not being allowed in the hospitals forced many patients to hide their disease. Their deaths could not be recorded.”

Another factor Dr.Bansal explained, for low official figures of mortality, was that in the beginning patients had been given strong doses of whatever medicines they could procure due to lack of information. This led either to kidney failure or heart attacks. Government declares these as non Covid deaths.”

It also suits the government to keep the figures of Covid deaths down not only for political reasons but because it has to pay compensation of Rs.50,000 per family of a dead patient.

But all this changed after the Supreme Court ruled that every patient who died within a month of being diagnosed with Covid had to be given compensation. In Gujarat for instance, there were 10,094 deaths on its official Health portal on April 21,2022 but it had paid compensation for 68,370 deaths according to its own affidavit in the Supreme Court in January.

After this more reports started coming out. A Twitter account called @BollyNumbers mentioned that Tamil Nadu, Telangana and Uttar Pradesh had also had differences in disbursed amounts for more claims than what their official COVID-19 tolls indicated. It is learnt that four other states had received more claims (as opposed to the number of approved claims) than the official number of COVID-19 deaths, until January 16, 2022: Maharashtra, Andhra Pradesh, Chhattisgarh and Delhi. Claims are also being made in Uttar Pradesh.

The ICMR also played its nefarious role in suppressing figures of deaths by keeping the deaths of patients with comorbidities dying because of Covid, out of the list even though medical science doubts this logic. Abantika Ghosh a journalist wrote a book called “Billions under Lockdown” giving details of the sequence of the pandemic first being noticed, till the vaccines were approved. Ghosh mentioned that even though the first signs of Covid entering India through a student who came from China were available in February 2020 this news was not released by the Press Information Bureau.

Donald Trump's visit was due in March and targeted communal violence had broken out in North East Delhi over the CAA. Finally when infections went out of hand, the authorities blamed the gathering at the Tablighi Jamaat at Nizamuddin, Delhi, to divert attention from their own failure. People were asked to bang thalis and utensils to ‘scare away the evil’ which the Prime Minister claimed would vanish in less than 18 days.

Ghosh’s book also mentions how Dr.Harshvardhan the hard-working Union Health Minister was asked to stop his daily briefings because he was getting too much importance. Dr. Kiran Aggarwal, a member of the Indian Association of Pediatricians and a social activist said that this was a major blunder, “instead the government made Dr.Naresh Trehan the head of the expert team to brief the media, because he was a well-known name even though he is a cardiologist and no expert on issues of Covid infections." 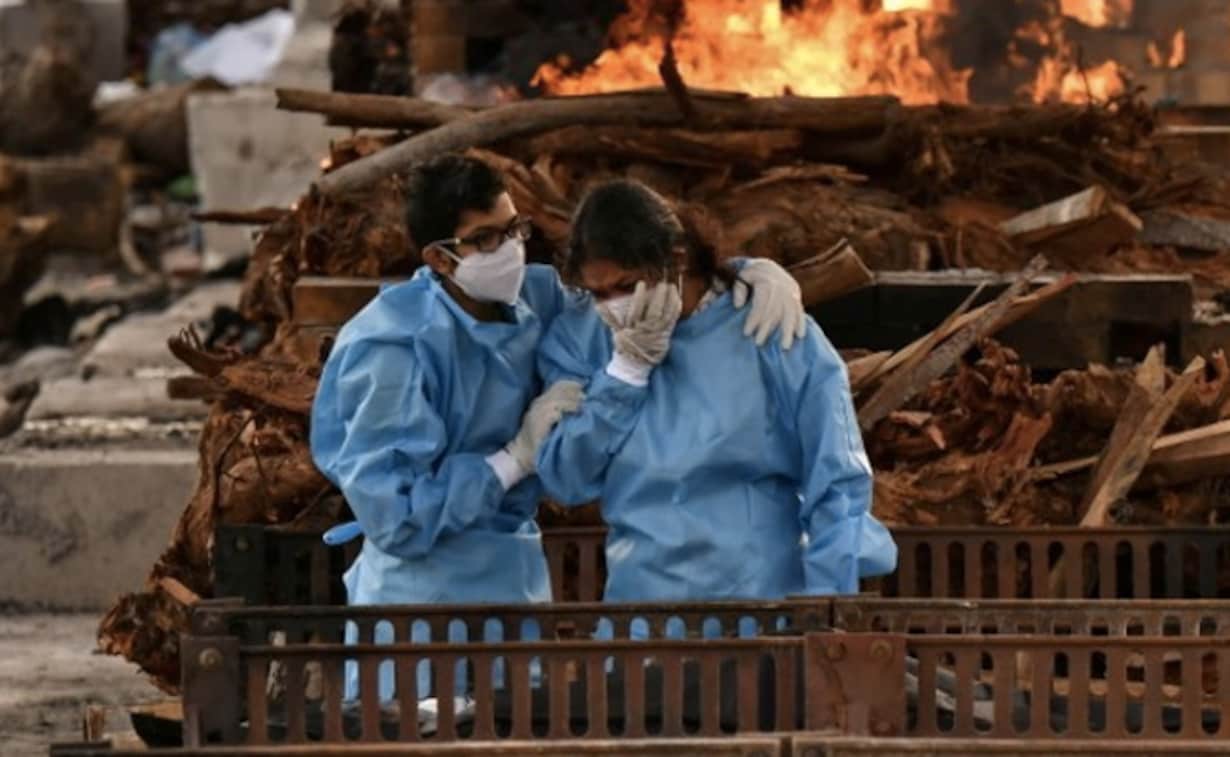