The downer for India at 2019 Cannes, its 72nd edition held May 14 to 25, is that it is a rare year when the country is not represented at all in its official programme. Sadly, there is no Indian film either in its three coveted sidebars: Un Certain Regard, Directors’ Fortnight, and Critics’ Week.

What bodes well for the future of Indian cinema is the way the Kolkata-based Satyajit Ray Film and Television Institute (SRFTI) has stepped into other coveted spaces in Cannes. Three SRFTI alumni will present their recent work in different sections at the festival, each one aims to encourage and promote young cinema emerging in different corners of the world.

The three filmmakers, significantly, are all from the North East. They are writer-director Saurav Rai from Darjeeling, director-cinematographer Dominic Sangma from Meghalaya, and Kolkata-based cinematographer Modhura Palit.

One of the segments is La Fabrique des Cinema du Monde (Cinemas of the World), a programme developed by Institut Francais. It invites 10 directors working on their first or second features to the Cannes Film Festival, along with their producers. Featured here is Dominic Sangma who, last year, made his debut feature, ‘Ma’Ama’ (Moan) in the little known Garo-language spoken in parts of his native state, Meghalaya.

‘Ma’Ama’ which premiered at Mumbai’s MAMI in international competition last year has had a good festival run since 2018. It is on an 85-year-old, Philip whose yearning over the last 30 years to be reunited with his wife in afterlife, is jeopardized by a strange dream. The dream takes place in a barren landscape where he loses his wife among a crowd of women. He is then tormented by doubt of whether people continue aging after death, thereby altering in appearance.

Sangma will be at the Cannes Market with his second feature, ‘Rapture’ (Rimdogittanga), produced by Jianshang Xu (Anna Films). The film is on a village gripped by a two-pronged fear. As the church warns about the coming of apocalyptic darkness, there is also talk of a child kidnapper stalking the streets at night. While the villagers frantically prepare to tackle these impending fears, the kidnapper becomes more aggressive with each passing night. Slowly their fear turns to fury. When they catch a stranger visiting the village, something is lost in translation. They lynch him to vent their anger.

After graduating from SRFTI, Sangma spent two years with the National Film Development Corporation in India before opening his own production company, Anna Films. His diploma film, ‘Rong.kuchak’ (Echoes) won India’s National Student Film Award for Best Short in 2014 and the following year, 2015, a Special Mention at the Ca’ Foscari Short Film Festival in Venice, 2015. 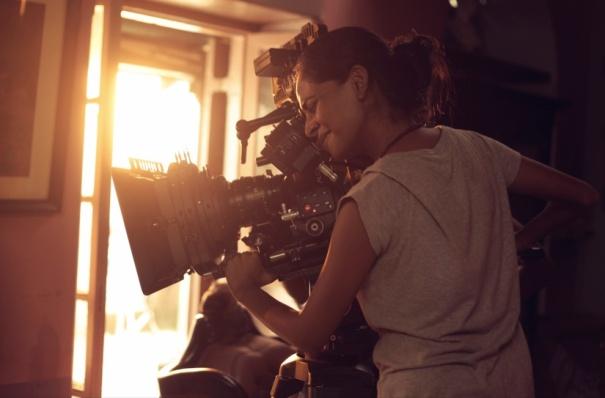 Last year, Cannes introduced the Pierre Angenieux ExcelLens in Cinematography ceremony to present the Angenieux Special Encouragement Award to recognise the work of young and upcoming cinematographers: it was given to Cecile Zhang from China. In 2019, that prestigious honour goes to India’s Modhura Palit. The award is given to fresh graduates from film schools with some independent experience. As an upcoming filmmaker, Palit will receive guidance from the seasoned director Mira Nair, who is the first Indian to win the Camera d’Or in Cannes (for ‘Salaam Bombay’, 1988). Nair is the patron of La Fabrique 2019. Auteurs like Cristian Mungiu, Brillante Mendoza and Jia Zhangke have been patrons of the programme in previous years.

Also an SRFTI alumna, Modhura has worked on three feature films, numerous short films, ads, documentaries and TVCs. She is a member of the Eastern India Cinematographers Association (EICA), an alumna of the Asian Film Academy (AFA), Busan, and has worked on one of India’s first virtual reality films. Her eclectic body of work has earned her numerous awards. Her poignant black-and-white short ‘Paper Boy’ is on the little boys in Kolkata who live a life devoid of colour, zest or opportunity. The main character’s world is the by-lanes of the old city where he delivers the latest headlines and then spends the rest of his day working at a tiny tea stall. Another of her films, as part of the 2015 Looking China Youth Film Project, ‘The Girl Across the Stream’ manoeuvres the Chinese language and references during a difficult shoot, and yet, the subtle ways in which the complexities of the character are portrayed is commendable. At Busan’s Asian Film Academy, Modhura made a 15-minute Korean film, ‘Meet Sohee’, in collaboration with the AFA Fellows. “I have mostly worked on projects that have an almost absent or very small budget. So I've always tried to work around obstacles and problems to find the best solution, with the available resources. When the audience watches a film, they don't know under what conditions or despite which difficulties it was shot. They just see the final product, and there's no scope for error”, shares Modhura. When there was very little available in terms of training and guidance, she had the chance to work on one of the earliest Virtual Reality films. “The VR film was very exciting to shoot. Because it is a 360-degree space, the lighting and framing becomes a very calculated process. There is no hiding, there is no fourth wall. So it was a huge learning experience,” she says. 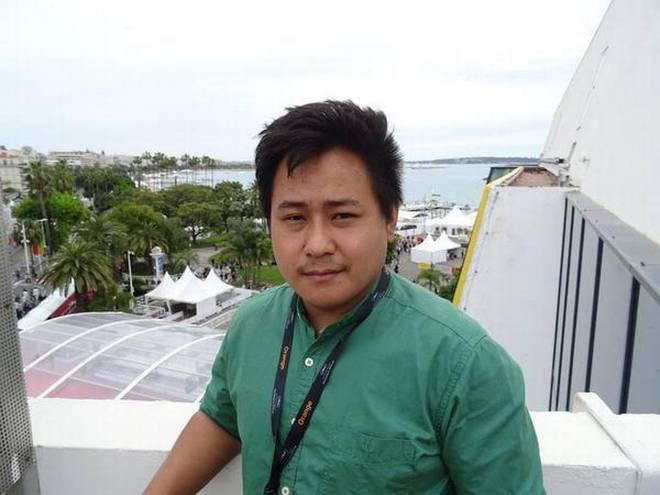 ‘Nimtoh’ will feature in the ‘HAF (Hong Kong - Asia Film Financing Forum) Goes to Cannes’ programme, in Cannes’s Film Market. It is among the five projects selected by HAF Work-in-Progress Lab in March, to participate in a pitching session in Cannes. Co-producer Sanjay Gulati will be in attendance. The HAF winners will make their presentations in a two-hour session on May 18 at the Market’s Palais.

2019 marks Rai’s second trip to the festival. He attended Cannes in 2016 with the 28-minute short film ‘Gudh’ (Nest), his final year diploma film from the SRFTI which screened in the Cinéfondation competition for works by film school students. The film follows ten-year-old Ajay’s confused dismay when he is caught in his village’s demand for a new State.

‘Nimtoh’ also harks back to the director’s personal life. It was screened in the 2018 Film Bazaar’s Viewing Room. The film follows the ten-year-old boy, Tashi and his old grandmother, both caretakers of a cardamom orchard that belongs to their hostile landlord. The landlady and Tashi get along well, and often sneak into a secret hideout where she can smoke. Her son’s sudden marriage excites Tashi but his grandma constantly discourages any hope of the two of them being invited. As the wedding day approaches, Tashi gets implicated in an incident in which he may or may not be involved.

Saurav Rai, originally from Bara Mangwa Basti, a small village in Darjeeling district near Kalimpong, spent his childhood between Darjeeling and Kathmandu. He started making short films in 2010, after graduating with a specialisation in Mass Communication and Journalism from St Joseph College, Darjeeling. His first, an institutional project, was the 15-minute 'Barkhay Jhari' (Monsoon Rain) in Nepali. It screened in competition at the 34th International Munich Film Festival (2015), as well as in the International Documentary and Short Film Festival of Kerala (IDSFK), 2014.