On opening day, the marvelous French actor, director, screenwriter, film producer, and radio personality, Edouard Baer was spot-lit in his role as Cannes witty and suave Master of Ceremonies. As he spoke, seemingly randomly and off the cuff, he was accompanied by the strains of the accordion played by Aurélien Noel. The festival choreographed another of its local street touches on its magnificent internationally transmitted stage. Actor and writer Edouard Baer is known for the films, ‘Asterix and Obelix Meet Cleopatra’ (2002), ‘Molière’ (2007), and ‘La bostella’ (2000).

The actor took the huge audience into confidence, appearing to be addressing each one of us personally. He shared a close thought, “Cinema is the movie theatre. It is being together, going out — the collective, the group, human warmth. At the Festival de Cannes, sometimes the screening room is so spectacular that the film itself stops to look around.”

Cannes is known for its depth and grace as it acknowledges the cinema icons we all revere. On opening day, there was an empty chair on stage and the name on it was Agnes Varda, the grand dame of French cinema who conquered the West with her wit, panache, and inimitable style.

Jim Jarmusch’s ‘The Dead Don’t Die’ found its share of diehard fans. But, to others the film did not resonate as sharply and tellingly as it sent out its dire warnings of where our world is headed. Its premise that a tilt in the earth’s axis leads the world going awry is an intriguing concept, and Jarmusch introduces several touches to make his film seem like an allegory. It has a bearded sage residing secretly in the woods (played by Tom Watts) who acts as kind of chorus to the living dead he sees invading our times. Somewhere here, the director throws in the message to avoid the gadgets of today such as cell phones and the like. The film is set in a city names Centerville, a small town which has only a single police station and a restaurant. As the world tilts into self-destruction, the dead come back as the undead to take revenge on those who are indeed really living.

The India Pavilion opens its doors 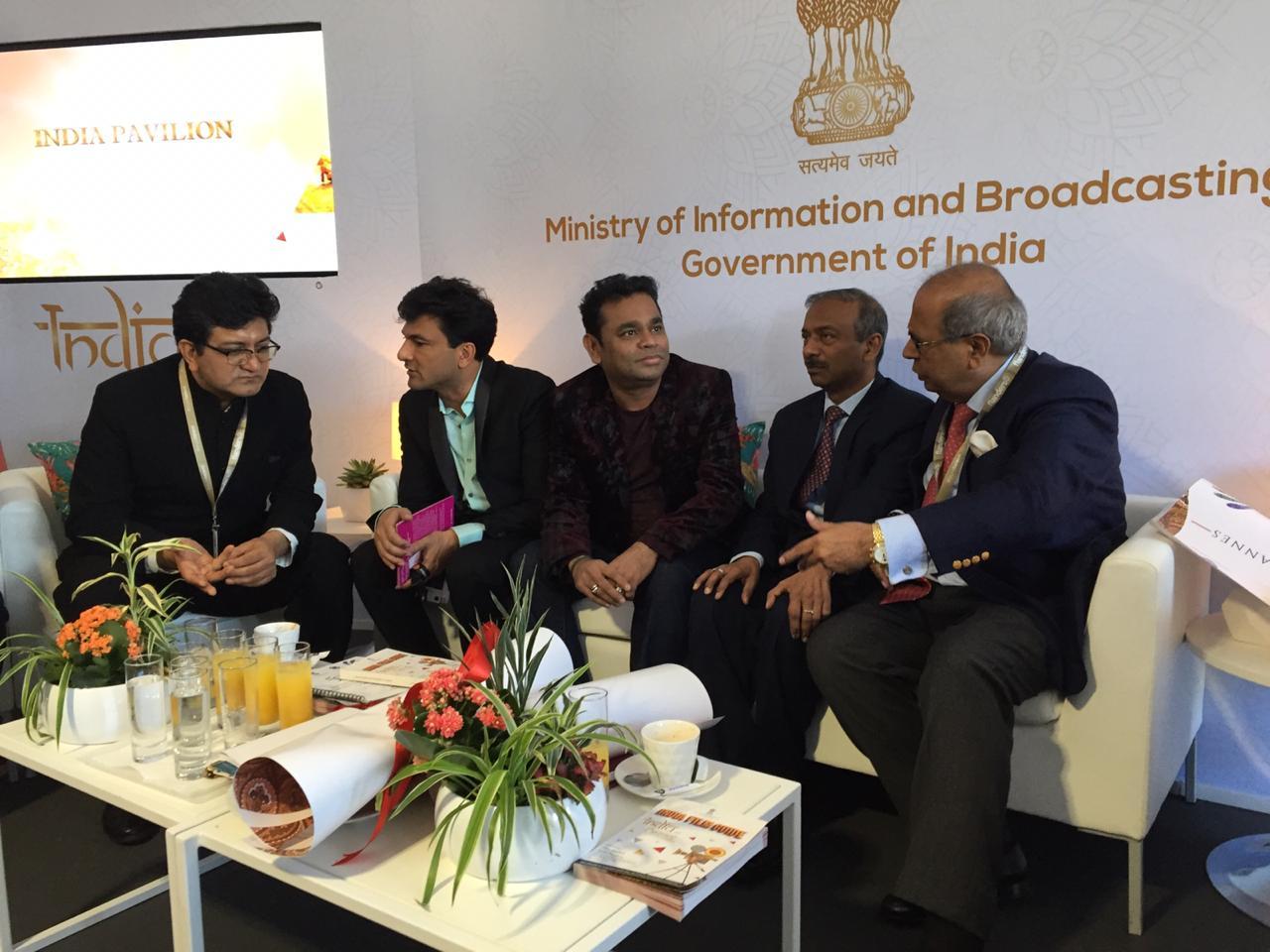 Along the inviting coastline where the festival takes place is a line-up of imposing white canopied tents. Each one represents a particular country and its cinema. The India Pavilion is lodged in one of the best locations and invites hoards of interest and visitors, managed by the Federation of Indian Chambers of Commerce & Industry (FICCI) under the vigilant eye of Leena Jassani, its Assistant Secretary General. Presiding at its opening was the Secretary of the Ministry of Information and Broadcasting, Amit Khare. He gave his time generously and knowledgeably on the important role that the government plays in promoting Indian cinema. He particularly advocated a special place for regional cinema because of the way these films show the variegated cultures of the many different ways of life that make India unique. The affable Joint Secretary, Ashok Parmar who now is familiar with the ways of the festival will stay through the remaining peak days of the festival.

A notable guest surrounded by admirers and well-wishers, was AR Rahman, in Cannes for a special reason. He will be presenting a musical experience from his directorial debut ‘Le Musk’. Tannishtha Chatterjee too was in demand – she is now well into her new avatar as a producer and director.

A central and highly respected place was given, as is her due, to the ever serene Rima Das, who spoke clearly and cogently on her understanding of the cinema she believes in. The opening was attended in abundance by the many hopeful producers looking for others to partner with or for practical help in the films they have in hand that connect with India one way or another.

All in all, the India Pavilion testifies to the importance that the country has on the international movie scene and serves in strengthening and advancing those ties.