A Week into Cannes, the Race to Win is Baffling

Cannes was overcast, grimly drizzly, and cold over its initial first week. However, come the seventh day, the sun emerged with its warmth and its benign light on the plethora of activities with0 the imposing Palais des Festivals at its epicentre.

Running alongside to the left of the Palais is a spacious green park that serves as a playground for all and sundry. Parallel to it with its winding stone pathways is the seaside promenade, and a series of white country-assigned festival tents that extend along the way.

Looking at the world’s leading festivals, Cannes as a location is unique in the many ways it contributes to the film festival’s special joie de vivre. First of all, it is not a capital city and so has a comforting countryside feel to it. A good three-hour drive from Paris, Cannes has the charm of a small, recessed town with its own quaint characteristics. There are no honking cars, loud buses, fierce shopping and stressed out pedestrians; the atmosphere is relaxed, the little cafes and hillside restaurants inviting and gracious, and the pace, leisurely.

The dank rain and dampening showers did not in any way lower the zeal of the attending journalists, buyers, market delegates, in hundreds upon hundreds, waiting for hours in the rain to watch their selection from this year’s line-up of festival films. Only the lucky lot in the front get in. Over 4,000 journalists are said to register each year to attend Cannes and report on the festival activities and its films. 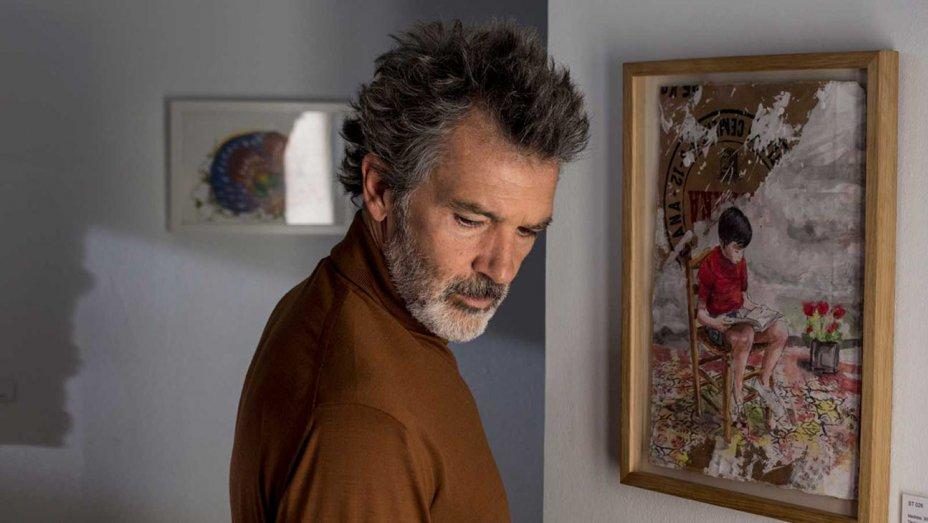 Antonio Banderas in ‘Pain and Glory’

One of the main festival dailies, Screen, on its last page, lists leading international film critics who individually assign starred ratings of the competition films they see each day. And going by the plethora of four to three stars given all round, it would seem that 2019’s is one of the best selections the venerable festival has had in recent times.

So far, the word of mouth indicates that living up to his eager admirers is the Spanish director Pedro Almadovar’s latest, deeply personal and anguished film, ‘Pain and Glory’, starring two of his favourite stars Antonio Banderas and Penélope Cruz, as well as Asier Etxeandia, Julieta Serrano, and Leonardo Sbaraglia. This is his sixth film in Cannes’ competition – and could be the first to win the coveted Palme d’Or.

‘Pain and Glory’ looks at the life of middle-aged Salvador Mallo (Banderas), a film director struggling to revive his former creativity and promise. He has made enough money to live in comfort and elegance among his artwork, but is now riddled with health issues and mental instability. As he copes with his deteriorating condition, the film muses over his past and present with unflinching clarity. Salvador’s current loss of control leads him to a remembered past, harking back to his childhood in the 1960s, when he emigrated with his family to Paterna, Spain, in search of a better life.

He faced his first adult love in Madrid in the 1980s and recalls the pain of that break-up, which triggers his need to write and his love for cinema, but also a realisation that making films is now beyond him. The film could also be a brooding self-analysis of Almadovar himself, and his reckoning of an approaching end to a life that is losing its touch with creativity.

Seemingly, ‘Pain and Glory’ has the highest rating among the most talked-about films at the festival, the next is Mati Diop’s ‘Atlantics’, a France-Senega-Belgium co-production, being touted as the first black woman director featured In Competition at Cannes. The film, about repressed migrants denied any voice, has a veiled and mysterious message. It follows a 17-year-old woman whose lover leaves Senegal by sea in hope of a better future. When he does not return, she faces the ordeal of rediscovering herself.

A close third is the ‘The Wild Goose Lake’ directed by Diao Yinan (China-France). The dingy amphitheatre of a hotel basement is the meeting place of an underworld gathering. Here, a few dozen grimy gangsters learn the latest techniques in motorcycle theft, which they are then sent separately to demarcated areas of the city to carry out. When there is a fight over a choice zone, all hell erupts. The film has a commercial aura but its style and denouement tingles with visceral impact. The fourth is a popular name at Cannes, the Romanian director Corneliu Porumboiu’s ‘The Whistlers’. 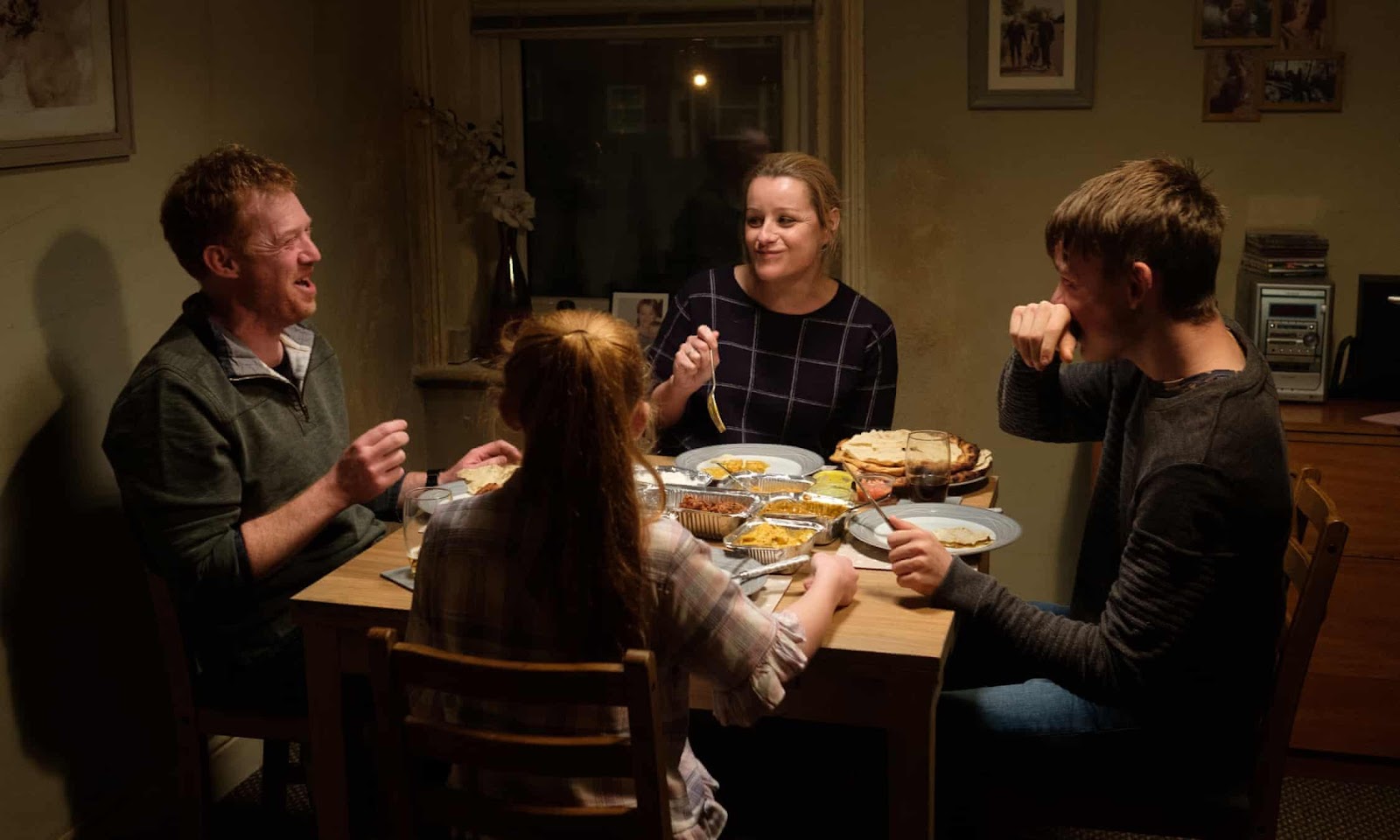 Still from ‘Sorry we missed you’

However, a favourite with critics is British director Ken Loach’s ‘Sorry we missed you’, and should he win, it will be his third Palme d’Or. This film is yet another lament on the woes of the neglected English middleclass and reflects the global class divide. It follows, with Loach’s usual understated depiction, ordinary people trying to make ends meet and just get on with their lives.

The film follows a typically stressed-out family living in Manchester, trying to find their way within the many pitfalls and lures of today’s economy. Its central character, Ricky is a man ready to take on the hype he hears. He is a day labourer who can handle multiple household tasks and wants to better his way of living. This is yet another of Loach’s films where ordinary people become etched out characters who each and every viewer can identify with.

With a few days to go, the race this time is really close and sharp, the excitement pitched, and the experience — overwhelming.