I first saw him when he was five or six years old. My brother Anwar and I were studying in Hill Grange School in Peddar Road. We had gone to spend the night at Inder Raj Anand’s flat at Napean Sea Road, by the ocean front in Bombay. Inder Uncle was our chacha Khwaja Ahmad Abbas’s best friend and his wife Shyam Auntie was even closer to us with many family connections. Inder came from Peshawar, then called NWFP, same as the Kapoors. Their fathers were related, I can't recall how.

That night for the first time we met the two sons of Raj Kapoor ‘Dabboo' and ‘Chintu’ who had also come for a ‘night spend’. After a sumptuous meal, the four of us were sent to the spare room which had two bunk beds. The top bunks were grabbed by the two brothers. Anwar and I were below, though I as the only girl got the bed with the best sea view. After 60 years I have never forgotten how naughty and endearing Chintu was. And yes, a heartbreakingly beautiful child! Those looks that he retained until the end.

Bombay film world for us children was our uncle Khwaja Ahmad Abbas. And Abbas? His destiny was linked with RK Studios and the Kapoor clan. It all began with Prithviraj Kapoor. “The first time I saw him”, writes Abbas “was when I was returning to Aligarh after my holidays in my hometown Panipat. He was already a star in Calcutta. On the Delhi railway platform, somebody pointed out a tall fair man with a large athletic frame. Dressed in khaki shirt and pant, wearing Pathani shoes, he was standing in front of the third class rail compartment.“Look, look, Prithviraj” “Who? Actor?”“Yes”

That was start of a friendship of many hues, IPTA, Theatre, Films.

Abbas became a talisman for Raj Kapoor. There was no one in the entire film world who could write a story, screenplay and dialogues for RK Films, only Abbas. In Abbas’s interview with his closest friend and colleague V.P. Sathe in 1986, he spoke of how father and son came face to face with each other; with him as catalyst. The unbelievable story goes like this. He had written Awara for Raj Kapoor. It was a classic story of a father and son, which was ideal for filmi duniya’s top father and son…Prithvi and Raj. Abbas was the only one who could approach the handsome youthful Prithviraj to play the role of Raj Kapoor’s father in the film. His persuasion worked and the rest is history.

Abbas and Raj were a team made for each other. Ali Peter John film journalist and Abbas chela writes, “One understood the other perfectly and even when they had misunderstandings, they had mastered the art of handling each other and their moods and tantrums. Raj Kapoor called K.A Abbas his conscience. Abbas played a vital role in the building of R.K studios by writing films like 'Awaara ' and ' Shri 420’. Infact, their relationship was so close that the only two pictures hung up in the personal room of Raj Kapoor were one of the two sitting together and another which only had a poem Abbas had written about Raj Kapoor.” 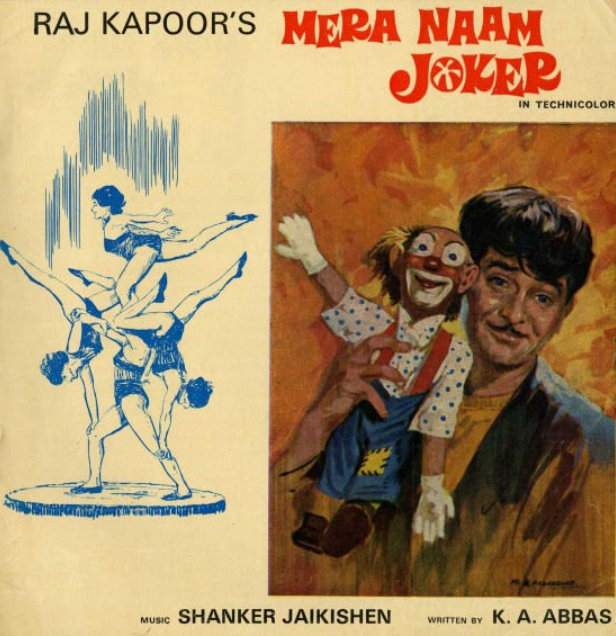 For me, it feels like yesterday when in 2011 Rishi Kapoor was launching a selection of Abbas’s short stories in a book edited by Suresh Kohli titled ‘An Evening in Lucknow’. At the book launch, Rishi Kapoor said, “I am lucky to be able to launch the book of the man who made my career”.

How did that happen?

Rishi Kapoor first appeared onscreen in his father’s film, Shree 420 in 1955 as a child actor and made his adult film debut in Mera Naam Joker in 1970. These stories were written by K A Abbas. Mera Naam Joker turned out to be one of the greatest flops which led to Raj Kapoor' s near bankruptcy. He climbed all the way to Abbas’s 5th storey office in Juhu. “Only you can save RK Studios Abbas Sahib. I want to launch Chintu as a hero. I have selected a new girl. Please…”

The meeting ended with Abbas promising him to give him a rough draft of a story within three days. Raj Kapoor reached Abbas’s office on the third day and Abbas who understood the imperative handed the complete script of ' Bobby' in exactly three days to Raj Kapoor. The film Bobby gave Rishi Kapoor the moon and stars. It became a trend-setter, was wildly popular and was widely imitated, all because of the story. Bobby was one of the top 20 highest-grossing Indian films of all times in India and in the Soviet Union.

Teenage love, the subject was something new for the Indian screen. The question of whether teenage love should be allowed or not, all kinds of controversy hit the newspapers. But with Bobby the theme was installed on film canvas forever. One unforgettable line from the film ‘Koi pyaar kare toh tumse kare, tum jaise ho waise kare. Koi tumko badal kar pyaar kare toh woh pyaar nahin, sauda hai’

Among the youth world over to the day the line continues to resonate. 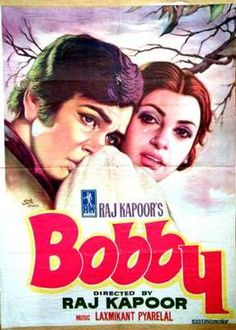