Miss Man is an ambitious and courageous project taken up by young director Tathagata Ghosh. Miss Man is the story of a young man who wants to become a woman. Tathagata Ghosh holds a Diploma in Writing for Film and Television from Vancouver Film School, Canada. Before this, he did his graduation in Mass Communication and Videography from St. Xavier's college, Kolkata.

Within its 25-minute span, the director plays around with both the narrative and anti-narrative structure while exploring the troubled journey of Manab, a young man who feels he is a woman trapped in a man’s body. He has had this feeling from his childhood when he dressed up as a little girl with a floral clown and a yellow sari and won the first prize at the school’s fancy dress competition making his parents happy.

But the same father responds with violence when he sees the adult Manob wrapped in his dead mother’s favourite sari with his lips coloured with lipstick, trying desperately to become a woman just by dressing up as one. 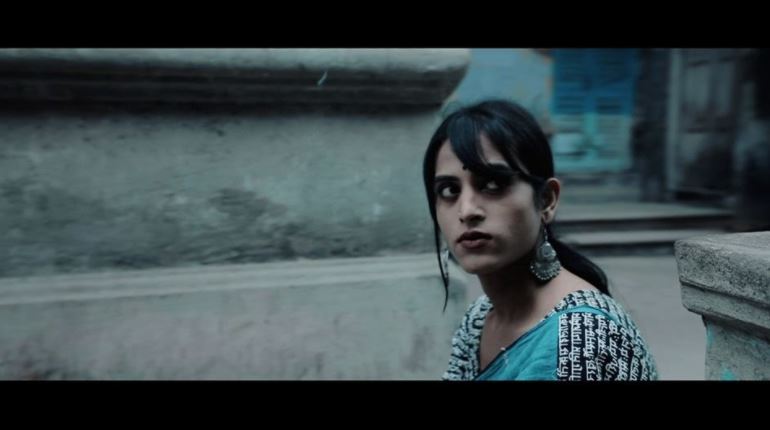 Manob very often visualises his childhood, both as a little boy his eyes painted with kohl, or dressed up as a little girl, or, singing away Poush Toder Daak Diyeche on his father’s lap and as an adult, in his own world of dreams of marriage, of making love, of looking out at a water body. This takes us back to a very lonely and sad childhood where the boy has no idea why he is so lonely.

Manab has a boyfriend too who leaves him because he says that he desires a real woman and not a gay hermaphrodite pretending to be a woman. The film is generously flooded with surrealistic impressions when sometimes, the camera is used by the the script from the point of view of the director while more often, the frames are captured from the point of the protagonist dressed up as a woman, a newly married bride, a Goddess, an ordinary woman intended to underscore both the vulnerability and the desperation of the protagonist, Manob.

The cinematography through strange and unusual angles, unusual use of light-and-shade, vacillating between translucence and diffusion and music that once plays the wedding melodies on the shehnai are deeply moving. This is highlighted when we see Manob walking through a narrow corridor dressed up as a bride.

Once, when his father fixes up a marriage negotiation and the would-be-bride with her elder brother comes to “see” him, a disgusted Manob goes in and comes out after some time, decked up in a red sari with a bridal crown on his head and sits along with them at the dining table. They are so shocked that they are robbed of speech. His father is in tears.

The director allows his screenplay and the film to float around like wispy clouds across a blue sky, Manob floating across, sometimes with his back to the camera standing on the edge of a water body, his sari flowing behind him. He tries to commit suicide once or twice but gives up and decides to surgically change his sex.

But when he arrives in the city, a strange encounter with a sex worker changes his decision when he discovers he has involved himself in a relationship with the kind sex worker of Sonagachi. She says once to him, “changing the body cannot change someone into a woman” and that impacts on him deeply. Another time she says, “I cannot make love to a eunuch.”

Their marriage could be surreal or real, one is never sure but when the girl informs him that she is expecting his baby, his world falls apart reminding him that after all, he remains a male and may never be able to “become” a female. The short film closes on this open note, leaving the viewer to draw his own conclusions which again, is open to diverse interpretations the director may or may not have intended. 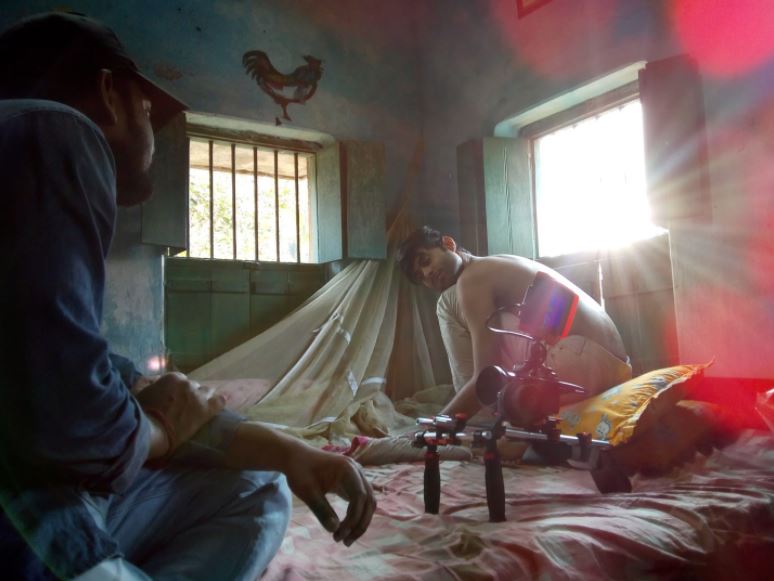 “Miss Man is deeply personal as it is based on incidents which have affected me closely as a human being. Coming out from the closet with one's actual sexual preference has been a long struggle for many of my friends and even relatives. I have seen in front of my eyes in what kind of pain they are. They have been looked down upon for loving someone whom they love just because of their sexuality.

Though section 377 of the Indian Penal Code which made sexual activities "against the order of nature" illegal , has been done away with by the Supreme Court of India last year, people around are still not open and progressive enough from within,” says the young director.

Arghya Adhikary who plays Manob, is not a professional actor but a gay person who has a naturally effeminate voice and body language which fits the character to a tee. He brings out the terrible mental pain and anguish his entire life has been reduced to and who is pleasantly surprised like a child when the same dance he performed in his school as a little boy fetches him his first earnings from the listeners in the red-light area he visits. He begins to love the sex worker but realises that their sex life can never be normal. Manoj Michigan, a noted director in his own right, does a wonderful job as the father who beats up his son for wearing his dead wife’s favourite sari but can never cope with the sexual identity and preference of his only child.

Miss Man’s intriguing title raises more questions than it answers. Can a hermaphrodite really become a woman through surgery? Does marriage to a man, or a woman, really be sexually happy and permanent? Will men like Manob trapped in a male body while their mindset and their psyche is that of a female be able to resolve their problem of identity with surgery or without it?

Miss Man stands out mainly because of the director’s ability to compress a story and narrate it through his innovative technique of blending the real, the surreal and the unreal that brings out precisely what message he is trying to get across to his audience. His use of technique, specially the cinematography (Tuhin Saha), the music (Aviraj Sen) and the editing (Amir Mondal) has helped him for Miss Man to bag top awards at international film festivals left, right and centre.