TIFF 2020: Women in the Honeycomb of their Existence

Where decisions made solo are taboo

Two films, “180° Rule” (Khate Farzi) from Iran directed by Farnoosh Samadi and produced by Ali Mosaffa, and “True Mothers” (Asa Ga Kuru) directed by Naomi Kawase from Japan, are on women who face condemnation for flouting accepted norms of behaviour.

There is no queen bee safety zone in countries with a patriarchal bias. Iran is known for its strict code of conduct in public and from the male gaze. The woman pays if she does not adhere to what is deemed decent by the men who make them. Even in more broadminded countries, that diktat applies, even if to a lesser degree.

Farnoosh Samadi’s “180° Rule” is on Sara (Sahar Dolatshahi), living in Teheran, planning to attend a wedding in northern Iran, Her husband Hamed (Pejman Jamshidi), facing last-minute duties, forbids her going without him, despite all her pleas. A typical authoritative male, his will must prevail. His absence providing the leeway, she decides not to forego the enticing diversion she is entitled to and leaves with her five-year-old daughter Raha, who is feeling unwell. This forbidden journey becomes a nightmare for which the erring wife pays a heavy price. Her uptight husband wields his muscle and she has no weapons to defend herself.

Sara, a compassionate school-teacher with pupils who confide in her, is well-liked by fellow teachers and young students. She is competent and caring at home and to her daughter. But her rigid husband sees her openness and popularity as something unfeminine and unbecoming. Their differing temperaments and his misreading of her nature, affect their relationship. Unable to accept her act of discretion, in a key instance, he sides with the accusers when they confront each other in court, despite her pleas. Worse still, there seems to be no way out in this dilemma.

The mystifying title applies to a filmmaking guideline for spatial relations between two characters on screen. The 180° Rule sets an imaginary axis, or eye line, between two characters or between a character and an object. By keeping the camera on one side of this imaginary axis, the characters maintain the same left/right relationship to each other, keeping the space of the scene orderly and easy to follow. When the camera jumps over the invisible axis, this is known as crossing the line or breaking the line, and it can produce a disorienting and distracting effect on a viewer. 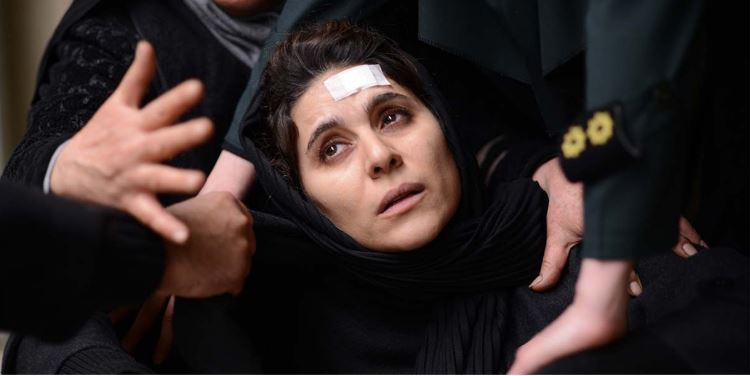 Director Samadi, born in Iran, is a graduate of the Fine Arts Academy in Rome. She started with making short films, which include “Gaze”, “The Silence”, “Disappearance” and “More than Two Hours”. She says her debut feature film, is the first of a trilogy around secrets and lies in given circumstances and relationships.

“True Mothers”, from Japan, directed by the marvellous filmmaker Naomi Kawase (“Radiance”, “An”) is an emotionally charged adaptation of the 2015 novel by Mizuki Tsujimura. The film could well have been a sentimental, all-out sob story, but the director takes her story to another level as it tweaks the mind of the viewer. The film starts with a shy teenaged girl, Hikari (a stirring enactment by Aju Makita), coming to the home of an elderly couple who have adopted a six-year-old boy who she claims is her son. She wants to be paid.

The film then traces the girl’s earlier life, when she is unsettled at home but carefree with others. She gets pregnant by her schoolmate boyfriend and gives birth to a baby boy who is handed over to Baby Baton, a not-for-profit association intended to match couples who cannot procreate with mothers who do not want to raise, or cannot raise, their natural children. She finds solace in the open-minded owner and other inmates share their predicaments with her. The twists and turns start here as Hikari resolutely faces challenges that come her way. Meanwhile, the son she does not know is a happy, winsome boy in the care of a loving, well-settled childless couple. The story then relays how the mother and the adoptive parents live out their lives, how their fateful meeting leads to a confrontation of shock, sadness and pain, eventually ending on how they come to terms with each other’s gain and loss.

The film’s sensitive handling and its tender visualizing has a palpable emotional pitch, and a pathos that touches, elevates and edifies. The teenaged Hikari, with her stone-faced, hammer-edged jawline, goes through several phases and endless journeys, silently defiant, wary and determined to see her way through it all. Rarely giving in to her feelings or letting them show, she looks resolutely at her uncertain future. Finally, she arrives in her son’s home as an unwelcome intruder. She confronts a firm rebuttal, which softens to concern on her plight and her yearning. The film makes the point that unapprehended motherhood deserves compassion and status.