Can having a rare blood group affect the life of a person? Yes and no. Yes, it can because it comes with associated issues such as accidents when blood is needed and the typical blood cannot be obtained. No, because this is not an illness but a genetic feature which can be worrisome only when a woman is pregnant and one has no idea about the blood group of the unborn child which of course, can be corrected but has risks.

Rawkto Rawhoshyo (The Mystery of Blood), released this week features a little child of four who is the epicentre of the story. But the core of the story lies in the journey of young Swarnaja (Koel Mullick), who works as a radio jockey but has “golden blood” blood with the Rhesus Factor. While running her programme with the intriguing name “Jaa Icche Tai” (whatever you wish), she receives a strange telephone call.

The voice on the other side seems to belong to a small child who asks how to send a letter to God. This sets the tone of the suspense. Swarnaja sets out to solve the question of this telephone call and the caller and the story begins to chop and change and move along different tracks.

Soukarya Ghosal is a director who explores unique subjects for his films. The first feature film was called Pendulum (2014). It was a hyper-linked film with several stories which questioned the concept of time and timelessness in the lives of some people in Kolkata. The anchor story is about a strange, reclusive painter (Subhashish Mukherjee) and collector of newspaper clippings who has a magic box of paint with which he draws a spiralling circle into his paintings or on newspaper sheets that marks a point of entry and exit for the viewer who looks at the painting or the newspaper clipping and finds himself stepping into it.

His second film, Rainbow Jelly (2018) presented an original perspective on the links between and among food, fantasy and the 13-year-old boy Ghoton who has marginal IQ and has been thrown out of a mainstream school. It was a modern-day fairy tale that used surrealism to weave a beautiful story of how food magically changed the life of an abused, neglected and tortured orphan who was also heir to a secret treasure.

Rawkto Rawhoshyo is a story filled with human conflicts in a good-hearted, sophisticated woman who allows others to take the lead and prefers to follow and this entire philosophy of values is wrapped in clothes of suspense, murder, thrills and much more. The entire film is narrated in the voice-over of Swarnaja’s young brother Babai (Rwitobroto Mukherjee) who dotes on his sister and is deeply concerned about her.

Ghosal has stressed on the humane values of Swarnaja as a very good-hearted and kind young woman forever eager to help others. For example, there is a repeated scene of Swarnaja allowing others to exit from the lift before she does or going out of her way to help someone. She is very vulnerable which leads to much suffering through a brief affair with Shammo (Chandan Roy Sanyal), the guy she meets at the gym and then, the way she is trapped in a different scheme of exploitation she willingly submits to as she does not know the truth.

This Rhesus Factor in Swarnaja’s blood leads to the discovery of a massive international racket in child and infant trafficking tied to surrogacy. The director has effectively brought all these seemingly disparate factors to blend into an intriguing thriller that is basically about how Swarnaja’s journey from her innocent, kind-hearted generosity to becoming a worldly-wise and determined woman who takes up the challenge to find out several truths about her own life through that mysterious telephone call that shook her from her comfort zone.

The film is also a tribute to a single mother. The strands ranging from the golden blood factor through a brief love affair and finally to the union of a mother and her small child different emotions, relationships, betrayal, love and motherhood. The director uses a red sweater Swarnaja’s deceased mother gave her and this forms a key to the mystery. There is also the mention of a particular quality of rice that helps in nabbing the criminals.

Soukarya Ghosal is a master in both discovering and training children to become excellent actors. He has done this in Rainbow Jelly and he has done it in Rawkto Rawhoshyo though the two boys belong to highly polarised ages, cultural backdrops, mental make-up and social bearing.

Koel Mullick is very good as Swarnaja and invests the character with the varied shades it demands. Rwitobroto Mukherjee, who plays the brother, still in his teens, is shaping up to become an excellent performer. The characterisations of the orphan Swarnaja’s grandmother (Lily Chakraborty), aunt (Kanchana Maitra) and the strapping young police officer who helps her in her quest, alongside Shantilal Mukherjee as the family doctor are embellished with convincing performances. Chandan Roy Sanyal as Swarnaja’s two-faced boyfriend is as good as he always is and Basabdatta Chatterjee is subdued and graceful in an important role.

Alok Maiti’s cinematography and Arghya Kamal Mitra’s editing could have been sharper and smoother than the way they emerge across the film. The songs are fine and are a part of the story instead of being used as time-leaps or fillers. The closure borders on a melodramatic twist which is both shocking and sad. The story could have been clipped a bit for intense viewing. The cinematography could have explored the use of varied shades of darkness and light a thriller offers but this film is a bit too flat and glamorous.

This is the first time for any Bengali film, or rather, any film to touch upon the subject of the rare blood group though, in this film, this leads to completely different tracks of surrogate motherhood, a little child in an orphanage with a rare blood group, a child trafficking ring linked to an international racket and so on. But the director who has also written the story, the screenplay, the dialogue and the lyrics has challenged the ghetto genre and explored different genres the film lends itself to though the bottom line is the rare blood group. 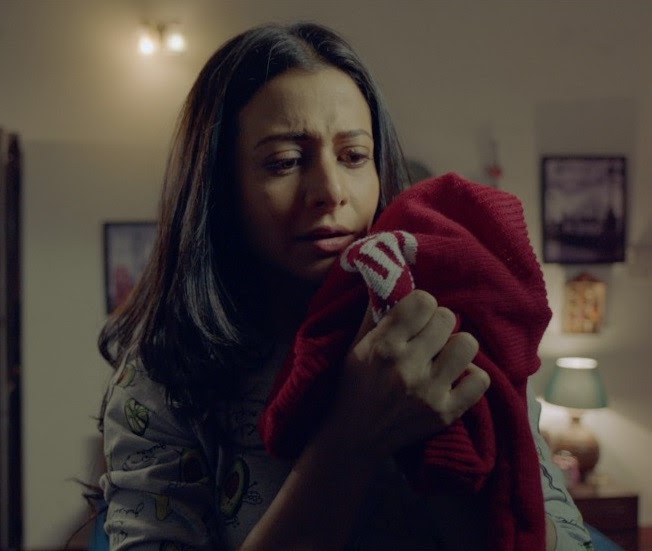