Covid Takes Away the ‘Dhak’ of Celebration

The biggest festival of Bengali is ‘Durga Pujo’ and it’s impossible to imagine this puja without the sound of ‘Dhak’. It is well known that the craze of Bengal’s most celebrated festival starts with ‘Dhaker Kathi’. But this year Corona has taken the wind out of the sails. Few Dhakis were waiting eagerly in front of Sealdah Station 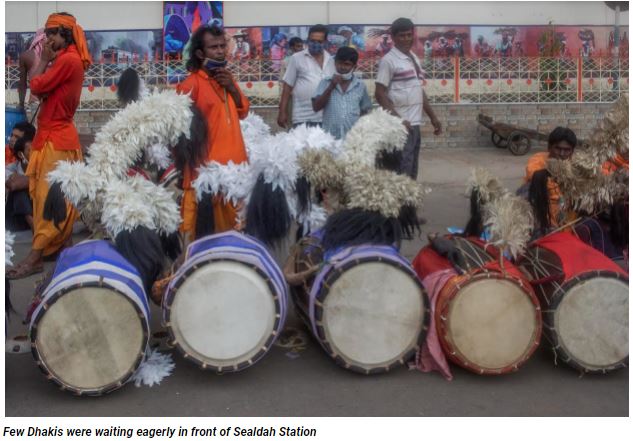 Since March, the pandemic has taken a toll of each and every festival including Durga Puja now. Dhaki’s are now badly impacted, as unemployment has silenced their dhaks. And taken away their livelihood. 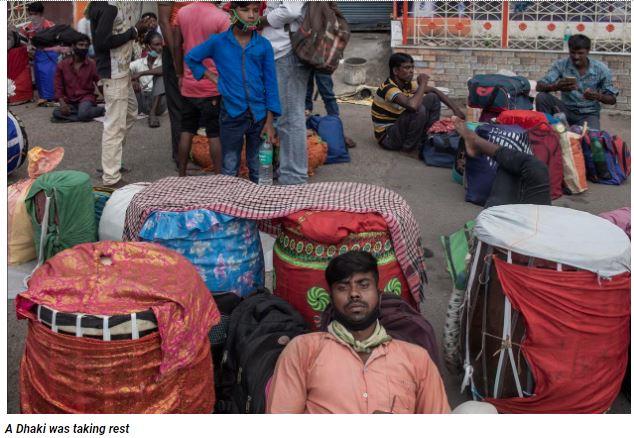 Without Dhakis Durgan puja has literally no meaning. Most of the Dhaki’s come to Kolkata from remote areas. 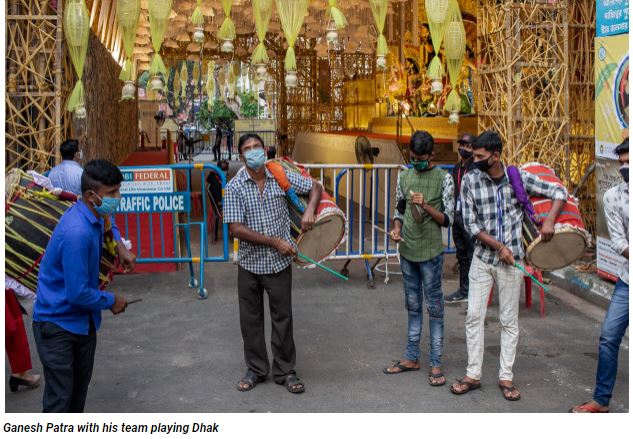 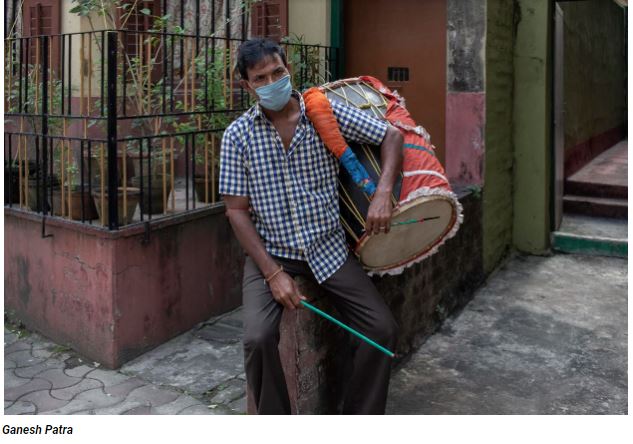 Most of the Dhakis have come from rural areas, travelling by bus. They have come here by paying large amounts as bus fare. Kartik Das was found at Sealdah station. He came to Kolkata from Burdwan with his group, hoping to get a job. He says, “We have to pay Rs. 1500 per head, after playing here all day, I just got an order, a Club from Budge Budge has given us this order. 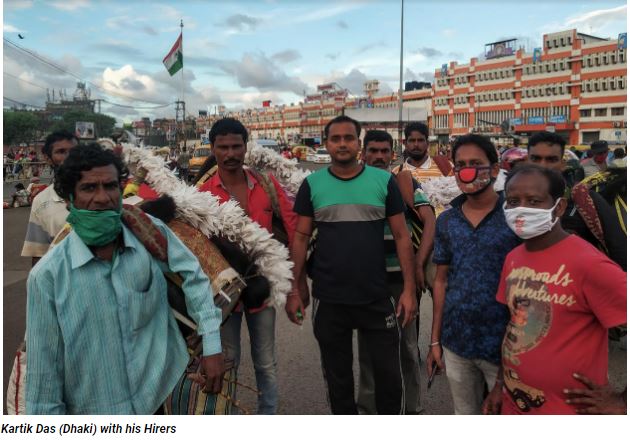 But, not everyone is as lucky as Kartik. Like Tufan Das. He has also come from Burdwan. With neighbours he came to Kolkata together by bus but he did not get any order till the afternoon of Panchami. Tufan said, “No worries in other years, but this year are completely different. Most of dhakis are not getting any order, not everyone is getting a good pay even if they get order, hirer are paying very little amount in many cases. And they have to work with this little amount in this year.” 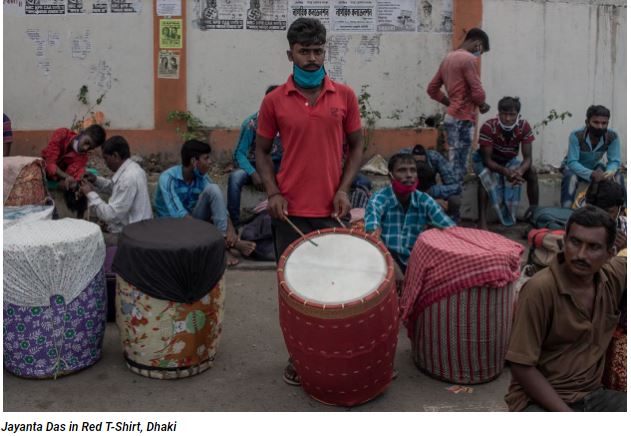 Jayanta Das in Red T-Shirt, Dhaki Jayanta Das has come from a much closer distance. His residence is at South 24 Pargana, Mazilpur. This is how he comes to Sealdah every year to get order. But this year he also has the impression of thoughts in his eyes. He didn’t get any order till Panchami Night.


Pujo’s budget is also very low this time. Short of fundsmany pujo committees are reluctant to pay enough to the Dhakis. In the case of some such big pujo the dhakis are getting some relief, but they are also very few in number.

47 year old Ganesh Patra has come to play dhak for Mudiali Club, an Old Pujo in Kolkata. They have been dhaki’s for years, since the time of his father. They have been fortunate as the organisers arranged their transport. But others have not been so fortunate and many have stayed back in the villages without work. 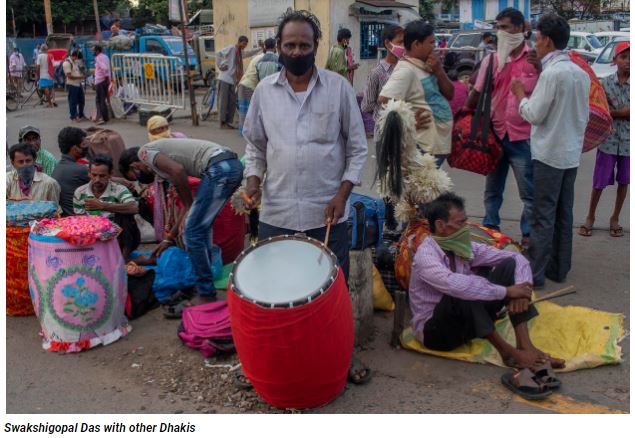 Swakshigopal Das is 56 years old, has already come to Kolkata alone to get some work. It cost Rs. 1000 to come. He is constantly beating the dhaks in the hope that someone will call him, at least once. The government has given the club Rs. 50,000 for saving the Pujo. But the questions of livelihood remain unanswered.