Kaala - A Film on Racism in India

The classification of human beings according to the colour of their skin has been the cause of racial violence across the United States. It raises its ugly head time and again in India, in matrimonial advertisements demanding a “fair-complexioned” girl, or, the flooding of the media – print, television, radio and digital – with ads on cosmetics guaranteeing the lightening of skin colour both for men and women.

Among Indians, even shades of brown are anathema. This is borne out every day in matrimonial ads practically screaming for “fair and lovely” girls for marriage. Even for job interviews, a fair skin often wins over a dark or brown skin.

Within this dark scenario, young, independent filmmaker Tarun Jain’s short film Kaala, has qualified for the Oscars and will be in line for selection in 2021. To step into this glorified world, Kaala won the Best Narrative Short Film: Drama award at Cinequest Film & VR Festival, San Jose (USA) which is Oscar Qualifying making Kaala qualifying for Oscar directly.

Tarun Jain is a talented young man who is committed to filmmaking. His second film Amma Meri, narrates a moving story of a mother and her son within a brief span of 30 minutes. It was recently released on Large Shorts Youtube. It was part of MIFF in 2018 and also at the International Documentary and Short Film Festival of Kerala. His first short film Aakhir (At Last), was screened at over 45 International film festivals and bagged around six awards.

Kaala depicts, perhaps for the first time in Indian cinema. the harassment and torture of a Black man in Delhi one night. The film is inspired by the brutal attacks on African nationals in Delhi between 2016 and 2017. It explores the narrow mindset, inhuman practices and prejudices against a certain race. Such a hard-hitting story on racial discrimination has been told for the first time from India’s perspective.

“I have constantly challenged myself to do good work. My first film gave me the confidence to do better work. Someone told me “if you do good work your work will be appreciated, but if you do your best, it would be impossible to ignore you' and that has remained with me,” Jain says.

“As I am a resident of Delhi, I had the opportunity of closely observing the incidences which helped me. The attacks were constant and made headlines every other day. I could do nothing, but make a film about the growing attacks and bring the issue to the forefront. Kaala is a hard-hitting story of a teenager who is trapped in a situation and it may not have happened, had he been someone from some other race, community or group,” Jain elaborates.

The persistent attacks against “Blacks” in India sound pathetically ironic specially for Hindus that worship the black Goddess Kali. Black in the ancient Hindu language of Sanskrit is kaala. The feminine form is Kali. So, she is Kali, the black one. Black is a symbol of the Infinite and the seed stage of all colours. The Goddess Kali remains in a state of inconceivable darkness that transcends words and mind. Within her blackness is the dazzling brilliance of illumination. Kali’s blackness symbolizes her all-embracing, comprehensive nature, because black is the colour in which all the colours merge; black absorbs and dissolves them. Black is also said to represent the total absence of colour, signifying the nature of Kali as ultimate reality. Thus, in Sanskrit, the colour black is named as nirguna (beyond all quality and form). Either way, Kali’s black colour symbolizes her transcendence of all form. As the limitless Void, Kali has swallowed up everything without a trace. That is why she is black. But this stands in sharp contrast against our obsession with a fair skin.

The story of Kaala is brief but telling. Strange gazes, comments, gestures welcome Bryan, the protagonist to the city of Delhi. He feels uncomfortable, but meeting his new Indian girlfriend, Rashmi, in the cold winter night keeps him excited. But the incident of Rashmi abandoning him disappoints him deeply. The warm lights of the city and vibrant music pushed Bryan to the darkest night of his life. Interestingly, every actor has never faced a movie camera before. Bryan has been portrayed by Jude Boman Tony, a student of IT from Noida University who is from Nigeria. The crowd-funded film was completed with great difficulty.

Kaala was inspired by an attack on Masonda Ketada Oliver, a French teacher from Congo and who was killed over an argument with an auto-rickshaw driver. He was minutes away from his 23rd birthday. “Kaala is not entirely based on this particular incident but there are elements taken from this real-life story to knit my story,” he sums up.

The film is shot too much in the dark because it had to be shot clandestinely in the night in Delhi for fear of the guarding police that may have pounced upon if it saw that a Black was involved in an Indian film or something like that. As a result, the aesthetics of cinema takes second place to the subject of the film perhaps by directorial design. The young man trying to save a Delhi boy by throwing him over his shoulder and running through the night is done very well indeed.

Though the origins of colourism are widely believed to be in the "pigmentocracy" of slavery, this is not true in Indian attacks against Blacks who have come to study, or to look for jobs, and so on. So, the “slavery” argument is as hollow as the demand for fair-skinned girls in the Indian marriage market never mind that we are neither white nor Black but are born with varied shades of brown labelled “vary fair,” “fair” “wheat complexioned” and so on. This leads to severe discrimination among parents, children, friends, spouses, and even employers.

“It is upsetting to see how we label people from the north east with adjectives like Chinky, Chinese, Nepali and so on and how every African is immediately dubbed a Nigerian none of which is true. We also draw immediate and baseless conclusions on their character dubbing them drug addicts or drug pushers or prostitutes none of which is based on fact”’ says Tarun, adding, “Kaala tries to dispel this myth with a humane and moving story of how Bryan actually heled to save the life of one of his persecutors, much to the surprise of those who did not like him only because of the colour of his skin.” 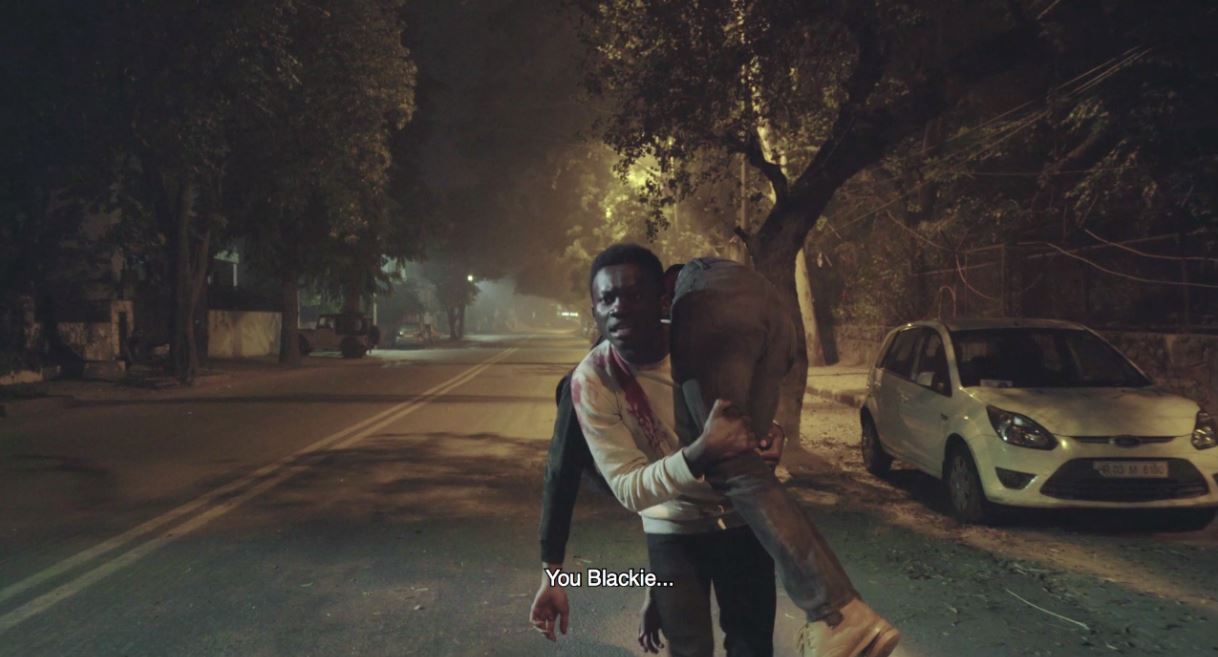