Ashok Mahapatra, a noted veteran of merchant shipping in the country who founded the US Katha Chitra based in Bhubaneswar decided to produce a brilliant film named Josef – Born in Grace in Hindi. In April this year, the film won a Silver Remi award in the Christian Feature Film Category at the 53rd WORLDFEST in Houston.

Mahapatra, who has also played a cameo in the film, says, “after having worked for over 45 years in the merchant shipping industry, after my retirement I decided to follow my passion in the creative field. I come from a family with rich literary heritage starting with my father as the storyteller, my uncle as a poet and finally my maternal grandfather who as a hobby translated Shakespeare’s work into Sanskrit. All of them have been felicitated by various bodies for their literary work. My first venture was to produce a feature film titled Josef-Born in Grace which was completed the film in May 2019 and the same is now doing the rounds at various film festivals. The target audience comprise of art film connoisseurs and film festivals.”

Josef – Born in Grace, has picked up awards at the Ontario International Film Festival, as well as the Indian International Festival of Boston! In Ontario, it bagged the Best Screenplay (Vijay Pandit, Zakir Khan, Susant Misra, and Sudarshan Jugal), Best Cinematography (Sudheer Palsane), and Best Second Actor (Victor Banerjee), while in Boston, Victor Banerjee picked up another Best Actor award in his long and illustrious career. It also won the award for Best Set Design for Sukant Panigrahy. 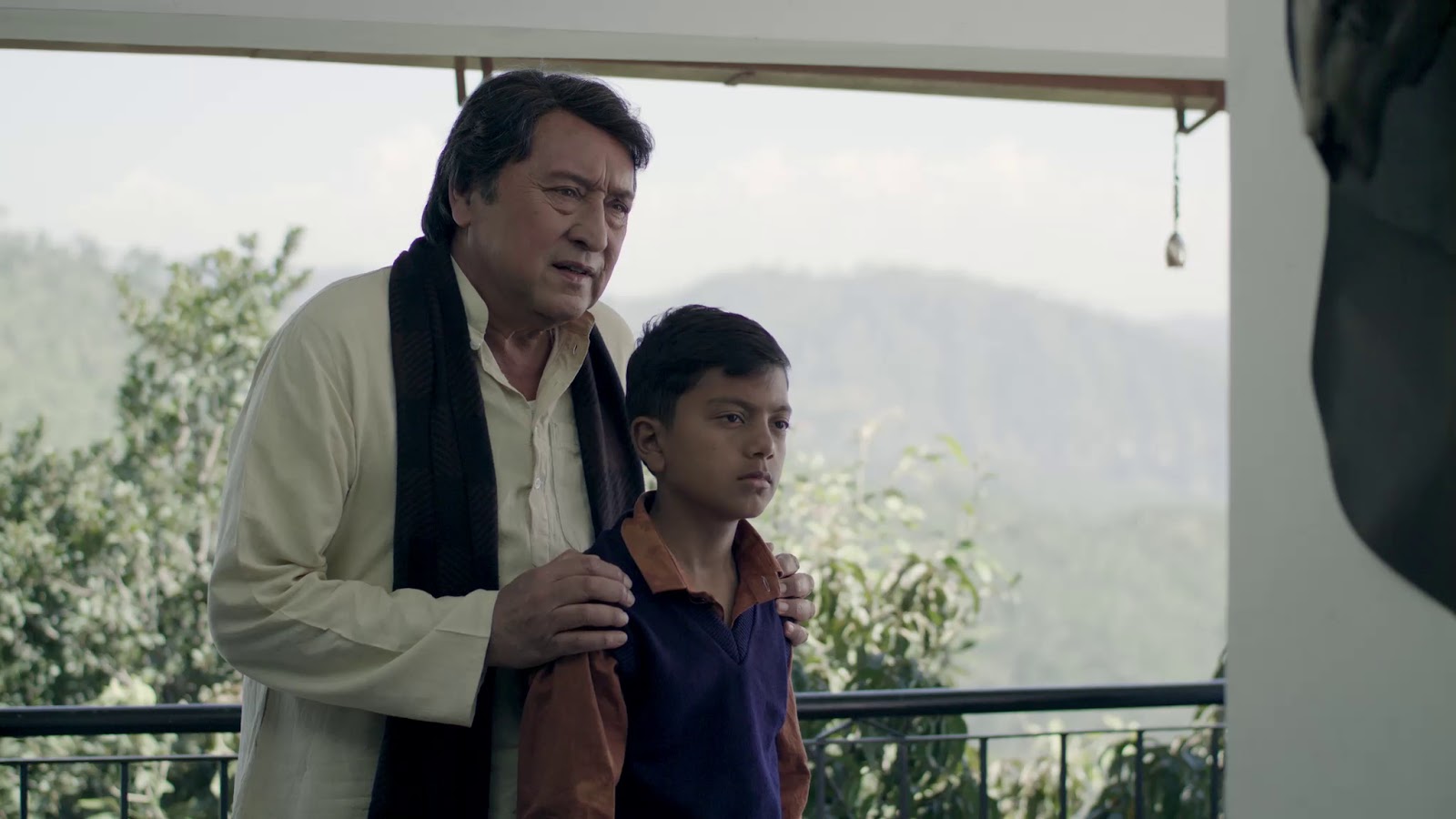 The film is the celluloid adaptation of a short story by Late Umakanta Mahapatra in Odia. It is set against the backdrop of a hilly place where winter brings great chill, the locals live in impoverished conditions and is set in the post-independent India (late forties and early fifties) in the hills of the lower Himalayas in the village of Pakhura near Ranikhet.

Josef, after whom the film is named, is an orphan who is brought to the benevolent medical priest Father O' Hara, an Indo-Irish Medical Missionary. Though he was born in Ireland, he has been staying in Pakhura, Ranikhet for a long time. He has set up a ten-bed hospital in Pakhura to cater to the needs of the local people. He brings up Josef and to facilitate his education, sends him to a hostel in the city for a proper education. He has a servant, Mullaram, who is very loyal to his master and grows old in the home. Josef came to Father O’Hara when he was four and his parents had abandoned him. He learns the elements of cooking while helping Mullaram and seeing his knack in cooking, Father sends him to the city

Josef trains to become a wonderful cook adept at the culinary arts spanning all cultures like Italian, Continental and other kinds of cuisine. But he also develops a fondness for alcohol and becomes an incurable alcoholic enough for the Missionaries he has lived with are forced to send him back to Father O’Hara and his hospital. He pleases not only O’Hara with his gift of cooking but also the foreign guests who visit the Father from time to time. But he cannot or rather, does not show any intention of curing himself of his alcoholism. He even insistently spurns the quiet advances of a pretty girl from the village because he cherishes his loneliness and also is intrigued about why his mother left him on the roadside to die.

He often gazes at a painting of Mother Mary with the infant Jesus hanging in the corridor of the wall of Father’s residence and wanders off into the village to cherish his bottle while villagers keep speculating about his visits and also keep badgering him for his alcoholism. His sole companion is his bicycle which is often

Is he searching for the mother he does not recall but wants to ask why she left him on the roadside to die? He is very sincere in his work though and through his great culinary skills, the small-scale businesses in the village – such as the poultry people breeding chicken and eggs, the farmers growing vegetables while the father concentrates on promoting the building of proper roads along the hills to improve travelling which leads to a grand promotion as Chef for Josef.

Technically, the film is brilliant. The cinematography captures the picturesque vistas of beautiful locales capturing its climatic changes, the drifting clouds in the sky, the greenery, the forests where Josef cycles through to the dilapidated ruins where he can feel the presence of someone. The art direction too, keeps complete symphony with the cinematography, the market where poultry and other things are bought and sold, the roads running through the forests and so on. So far as acting goes, one feels that though the awards bestowed on Victor Banerjee for his wonderfully maturing role as Father O’Hara is perfectly justified. But one feels really sad that Subrat Dutta as Josef is equally brilliant. Josef’s character has varied shades that traces his growth from a small orphan boy to a gravely depressed young alcoholic not the least boosted by the kudo showered on him for his culinary talents or the interest the young hill girl shows in him.

It is the script that is too loose, never mind the awards, and devoid of logic that cannot be expected of this kind of film. The question of Josef’s alcoholism is not given its due at all. Given the benevolent and loving attitude of the Father, it is strange that though he is a doctor and also a priest, he does not care about dealing with Josef’s alcoholism seriously. In fact, the caring behaviour that establishes his character is suddenly completely absent when it comes to dealing with his favourite boy’s alcoholism. Why? The twist in the tale is another downside of this otherwise beautiful film. 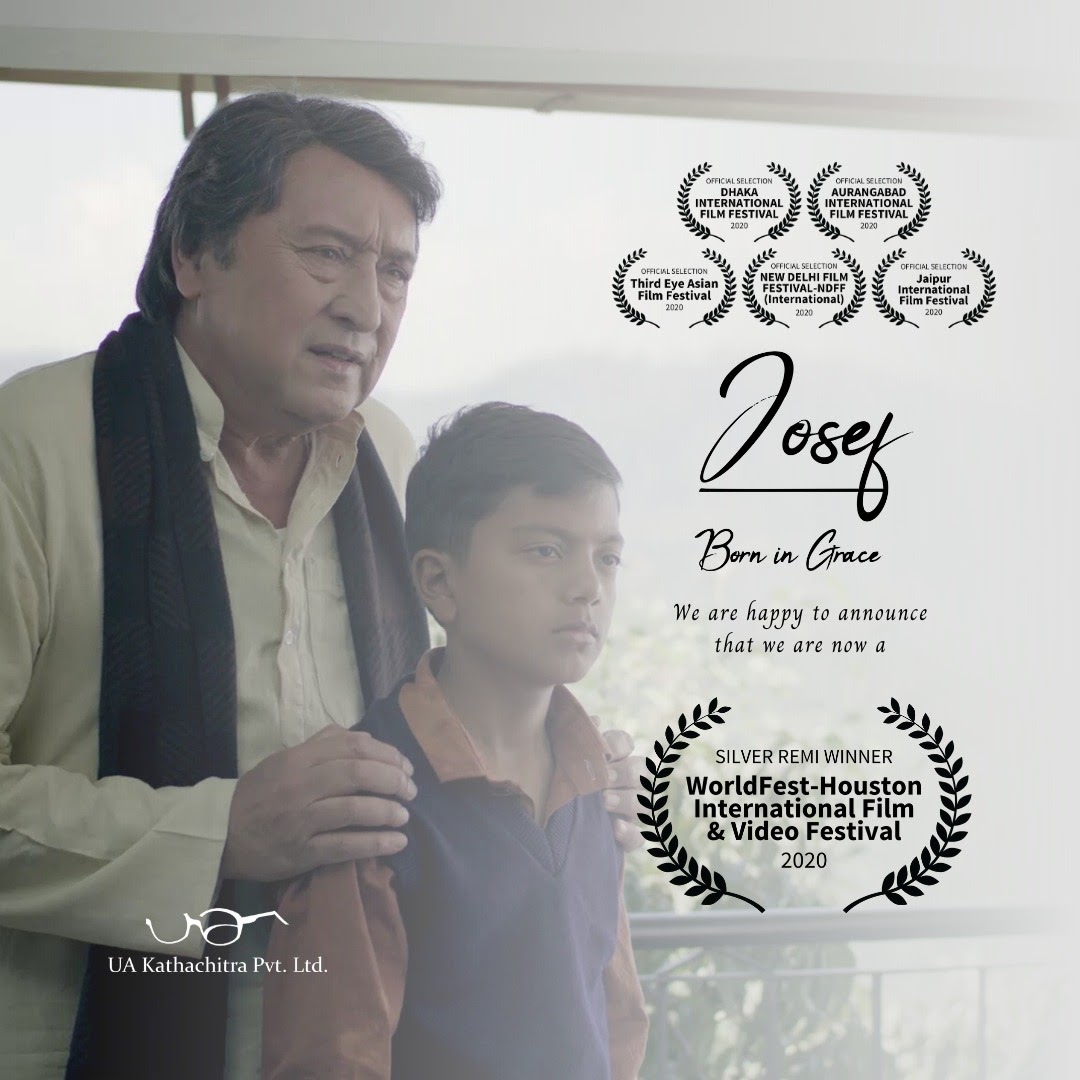