'Virtual Platforms Made it Possible': The Indian Film Festival of Cincinnati

The largest Indian film festival in the state of Ohio

The Indian Film Festival of Cincinnati is the only Indian film festival held in Ohio. Organized and hosted by the India Cincinnati Sister cities in collaboration with the Art Museum, the festival premiers feature, documentary and short films made in and about the South Asian subcontinent or its peoples. It just finished a successful virtual run from October 15 to November 1.

Ratee Apana, executive director of the Indian Film Festival of Cincinnati, talks to Uma da Cunha about her journey in introducing Indian cinema to her local film aficionados.

What led you to start a film festival, an India-centric one at that, in Cincinnati, the city in which you reside in the United States…

My background is in management. I am an IIM graduate, a professor of international management, a management consultant and an artist. Five years ago, I saw an emerging gap between the exquisite output of indie film from the global Indian diaspora and the mainstream film selections grabbing the attention of movie lovers worldwide.

I realized there were amazing filmmakers out there, and an immense vacuum in our cultural fabric that can be served through the media of film, so our larger community could benefit from our shared stories. We have a thriving film community here that wants to attract movie makers to our city, and we in India and Indians living abroad have independent filmmakers who want to show their work. That led to the Indian Film Festival of Cincinnati showcasing premieres and the best of South Asian cinema.

I was fortunate that Aroon Shivdasani, founding director of the New York Indian Film Festival, is our festival advisor. She was very helpful and encouraging when I approached her about setting up the festival. That first year I worked with several well wishers such as director Leena Yadav, film critic Premendra Majumdar former director of the New York Indian Film Festival. We have grown from showing five films to now sixty films with the help of film curator Uma da Cunha. We are now the largest Indian film festival in the Midwest and growing each year.

What are the highlights and the hurdles?

Organizing a film festival is complex and hard work rewarded by our joy in seeing many of our festival films making it to major streaming services. It is work in a high stress environment, but I do not view it as difficult; people have been very nice to work with and we are happy to strengthen the festival each year.

Regarding our audience, Bollywood and its actors have always been a strong influencer attracting crowds to the film shows. Independent films have a niche audience and we see it growing as we expose folks to the many worthwhile films made by independent filmmakers. These films speak to our humanity, they truly represent what films should be doing, changing our attitudes for the better.

We have been fortunate to attract a good audience, growing each year and to be reviewed/ publicized unsolicited in prestigious local publications, including newspapers in India like the Deccan Herald, The Hindu and regional papers.

As the largest Indian film festival in the state of Ohio, we are excited to bring the creative work of indie filmmakers to an audience that will only grow, as we stream these stories into the homes of people who are excited to discover carefully curated works of art. 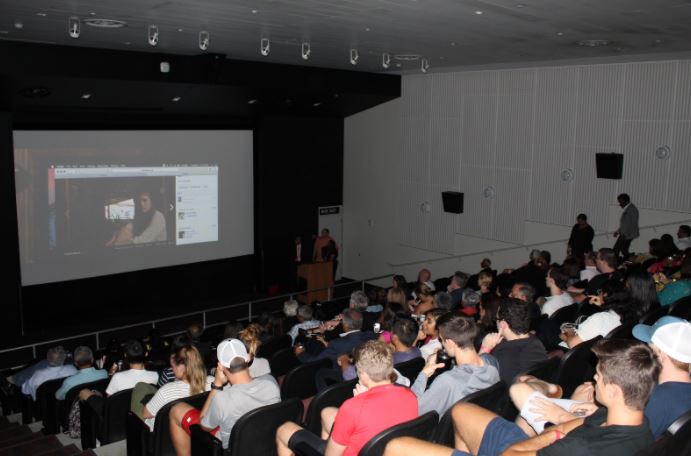 Funding is the backbone of a film festival. How have you managed this aspect?

Funding is indeed the backbone. When we started the festival, we were all passionate about showcasing our filmmakers’ capabilities to a mixed audience. It also meant personally funding the festival with family and friends and doing a greater part of the work together with volunteers. We soon set up some great partnerships with the Cincinnati India Sister City Association and the Cincinnati Art Museum. In addition we have received funding specifically for promotions from the Ohio Arts Council for the fourth consecutive year.

We traditionally seek corporate sponsors and government grants. I put my inherent training and talent to use. With that, we have over the years forged a streamlined, efficient festival. Each year we have volunteers coming together for a few weeks to make the magic happen.

Tell us how you moved from presenting a venue based festival which then went virtual?

We are a mainstream festival and screen our films at prestigious local venues. This year in February we moved our festival indefinitely from April due to reasons concerning Covid-19. The easy decision for us would have been to move the festival to the next year. Like other festivals, we had many naysayers. However, I felt strongly that our Indian filmmakers needed to be represented.

I researched different virtual platforms and settled thankfully on the right one. It took three months of hard work to build the backend of the festival in terms of its touch and feel. I am open to learning and felt good about putting my own time into creating it. Now that I understand the virtual model I will be better able to hire someone for the job next year.. We now look forward to 2021 with our virtual model. In 2022, we plan a mix of virtual and venue based screenings. The virtual model will stay.

How have you selected your Indian films while being based in Cincinnati?

I am constantly on the lookout for good films. We are very fortunate to have Uma da Cunha with us this year. She helped us select some excellent films. Our filmmakers submit their films through Film Freeway. We have our select advisors spread across three continents that help us make the final selections. We partner actively with film festivals across the world, and have special relationships with film festivals in Boston and New York. 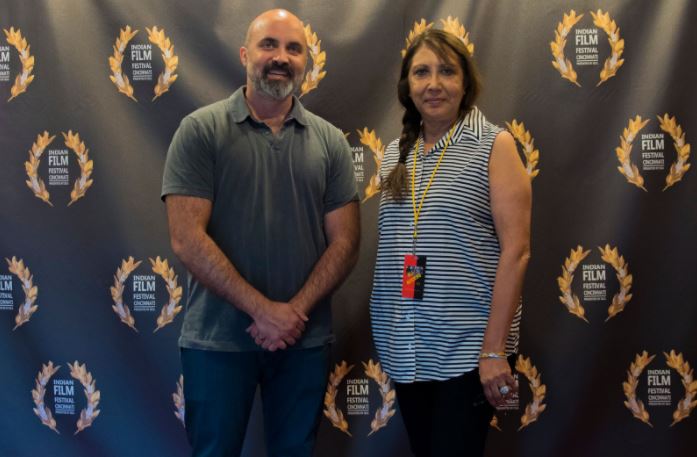 On the red carpet with Ben Rekhi

What are the benefits and worries in both?

The benefits stem from the flexibility that a virtual film festival gives for our audience, meaning that they do not have to worry about being on time, parking, etc. They can watch the film in their homes with their families for the price of one ticket.

The worries are whether our filmmakers are comfortable with a virtual platform. There can be misinformation out there about virtual festivals. There is this uninformed opinion that a virtual festival is not safe for the filmmakers, or will not get audiences from around the world. This is not all true; filmmakers need to be careful and informed about the platform a festival is using, and indicate your geo and screening preferences.

The fact remains that most festivals remain largely regional or national. Maybe in the future with requisite fanfare, they will draw huge global audiences. This year many film festivals went virtual but not all were a pleasure to navigate. But it will change for the better. The excellent feedback we received from our virtual platform partner will shape and strengthen our next festival.

In your opinion, which films have you found the most appealing in your selection for your audience?

The most appealing films are those that tell universal stories that tug at our humanity, and at the same time are engaging, whether it is the fading glory of a Nawabi family (as we saw in director Kumud Chudhary’s Chote Nawab) or the police brutality and a mother’s perseverance for justice as we saw in director Anand Mahadevan’s Mai Ghat.

What can you suggest that would improve the dialogue between India and the US to see that Indian films get an audience in the USA?

To get an audience in the US, the filmmaker must know the viewers it is targeting. Many of the films made are beautiful, but they forget to incorporate the ‘entertainment factor’, meaning we need to ask the question, what is it that will keep the consumer interested and watching the film for its duration?

American audiences seem to like a lot of action. That is why films like Bahubali, and Chinese films, do so well in the US. Publicity is also half the game. So I would encourage filmmakers to actively promote their films. List your films on IMDB, as well as on the festival’s IMDB, that would then draw more eyes to your film.

What can you suggest as ways that may get more earnings for Indian films in the US film circuit?

Filmmakers can try to sell their films through AFM or other film markets. I encourage filmmakers to post their films and awards on IMDB and post it on the festival’s IMDB account as well.

In 2021, we plan to give filmmakers the opportunity to pull in their own international audience, by assigning a full day of screening to them and giving them the net profits of that show/day.

The virtual platform makes this possible. That’s the beauty of it. 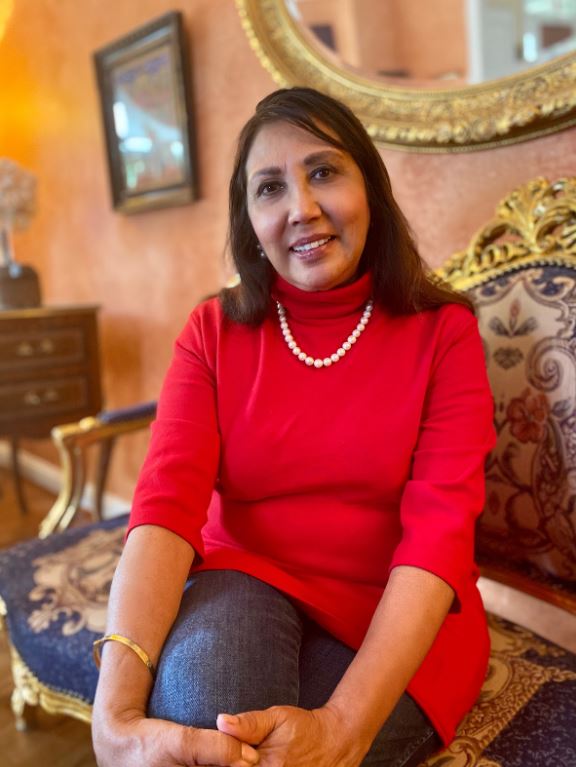